The reason Warriors’ two-way guys are getting major burn, per Steve Kerr 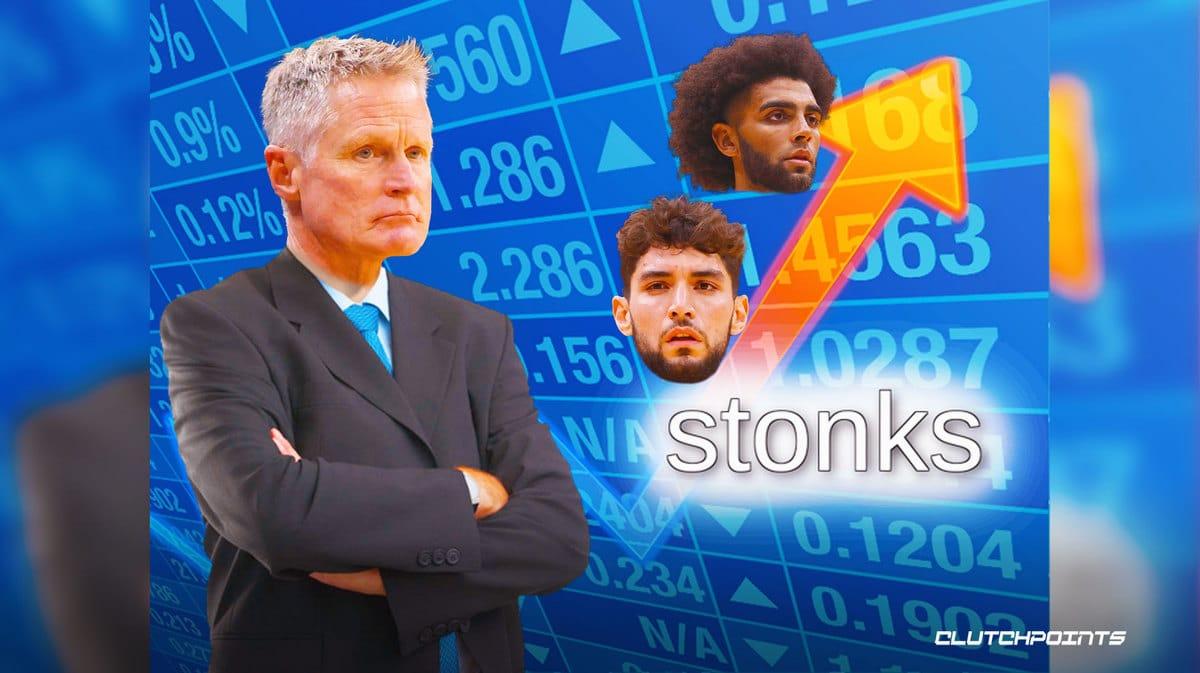 Golden State Warriors head coach Steve Kerr has been tinkering with his lineup of late as he tries his best to get the defending champs out of the slump they are currently in. One of these tactics includes more playing time for the team’s two-way players in Ty Jerome and Anthony Lamb.

Both Jerome and Lamb are currently on two-way deals with the Warriors, and they aren’t exactly household names. However, at this point, Kerr says that their experience as four-year college players is what gives them the edge over the squad’s younger guys:

“When you’re struggling and you don’t have a rhythm, you don’t have consistency, veteran players are going to be able to provide that more than young players are,” Kerr said. “… They’re more capable of allowing different groups to click.”

Coach Kerr heaped praise on the defense of both Jerome and Lamb, who for their part, played 12 minutes and 16 minutes, respectively, during Monday’s streak-snapping win against the Sacramento Kings. It seems that Kerr’s recent moves have paid dividends, and it looks like he’s going to be employing these same tactics at least for the immediate future:

“As we get going and our vets, Klay, Jordan, really start to get in a groove, I think it’ll be easier to find different combinations that blend in some of our young guys,” Kerr continued. “But for right now, it’s important that we try to establish some principles with our team and veteran guys are more likely to be able to do that.”

Steve Kerr: “When you’re struggling and don’t have a rhythm, don’t have consistency, veteran players are going to be able to provide that more than young players.” pic.twitter.com/SjHq8GQUVM

Unfortunately for the likes of James Wiseman, Jonathan Kuminga, and Moses Moody, it’s their playing time that’s going to be sacrificed with this recent development. Steve Kerr did hint at further rotation changes down the road, though, but for now, this trio will need to just ride the wave, so to speak.