‘We have to help him’: Steve Kerr opens up on James Wiseman’s status with struggling Warriors 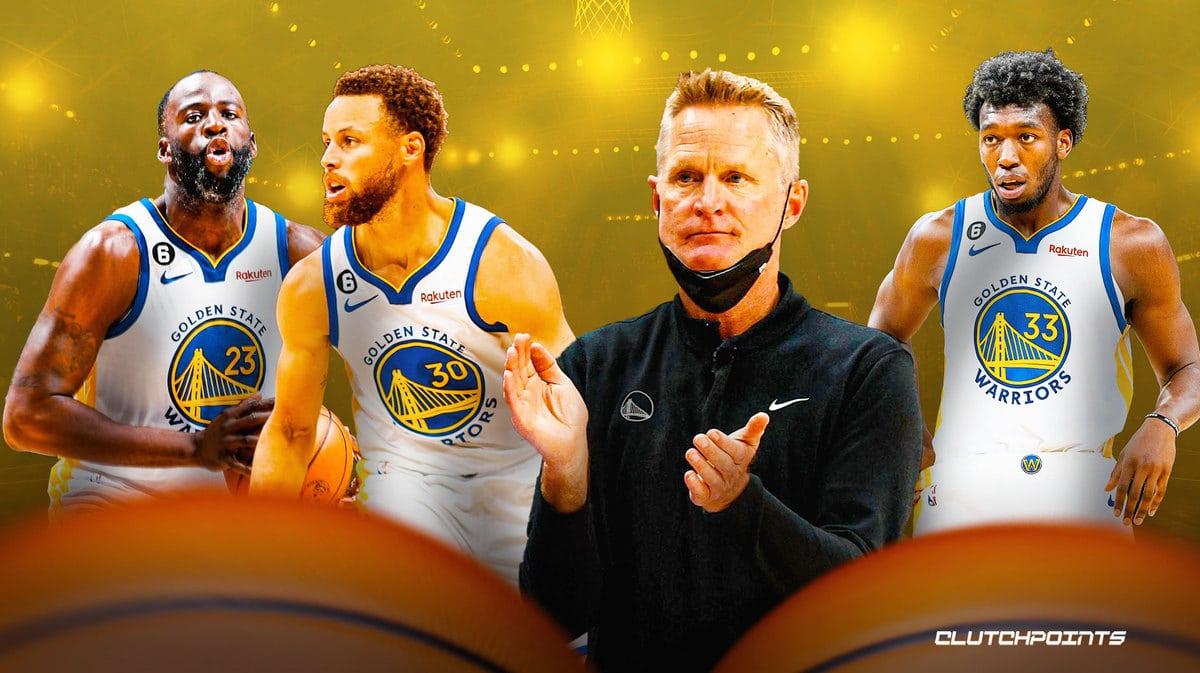 Steve Kerr peeled back the curtain on Sunday, just over 24 hours before the struggling Golden State Warriors take the floor at Chase Center following a winless five-game road trip.

Breaking their stunning early-season losing streak is obviously of greatest importance when the Warriors face the Sacramento Kings. But Monday’s game will also serve as the debut of Golden State’s adjusted rotation, a much-needed change prompted by bench lineups hemorrhaging points on the scoreboard over the first two-and-a-half weeks of 2022-23.

Kerr confirmed once again that Jonathan Kuminga—previously the Warriors’ seldom-used 11th man—earned a promotion in Friday’s game at the New Orleans Pelicans, when Golden State stayed competitive with one of the league’s brightest teams despite resting Stephen Curry, Klay Thompson, Andrew Wiggins and Draymond Green. Kuminga scored 18 points against the Pelicans, looking right at home on both ends battling the likes of Zion Williamson, Brandon Ingram and Herb Jones.

James Wiseman, on the other hand, did little to burnish his standing with the coaching staff in New Orleans, scoring five points, grabbing six rebounds and taking a single shot in 17 minutes off the bench.

Kerr refused to detail any lineup changes planned for Monday beyond Kuminga moving up the reserve hierarchy. He did note those decisions have already been made, though, and the writing on the wall makes clear Wiseman is the one at most serious risk of losing playing time or being cut out of the rotation altogether.

Don’t mistake that likelihood for the Warriors’ fading confidence in the ultimate trajectory of the former No. 2 overall pick’s career, though.

“It’s gonna take a lot of reps and time,” Kerr said of Wiseman’s development into a reliable impact player. “I see a really talented young guy who’s eager to learn, who’s committed to the team, who’s overcome an awful lot to get to this point dealing with his injury for over a year. He knows how to overcome adversity. We have to help him because modern life is unforgiving. A lot of people don’t take into account organic growth; everyone wants results right now. It’s not gonna be that way, especially for a big guy with very little experience.”

Wiseman, remember, missed the entirety of 2021-22 after undergoing surgery for a torn right meniscus in April of his debut campaign. He played 39 games as a rookie, averaging 11.5 points and 5.8 rebounds in 21.4 minutes per game, but never grasped the two-way nuances that help gifted seven-footers turn mouth-watering physical tools into reliably nightly production.

Not that Wiseman’s rookie status as a consistent net negative should’ve been a surprise. It takes the vast majority of young bigs multiple seasons to learn the finer points and embrace the grunt work of NBA basketball, and he barely played as a freshman at Memphis due to recruiting violations.

Golden State, clearly, hasn’t lost sight of that perspective despite Wiseman’s continued struggles as a back-line defender, screen-setter, defensive rebounder and playmaker for his teammatees.

“It takes a little longer for big guys to adjust to the NBA game, and if you play three college games then you’ve got a lot more to learn,” Kerr said. “So he’s got plenty to learn, but he’s a willing learner and we’re gonna take our time with him, and I have no doubt long-term he’s gonna be a really good player.”

Expect Kuminga and JaMychal Green to comprise the Warriors’ bench frontcourt against Sacramento, with Kuminga potentially playing some small-ball center as well depending on the Kings’ lineup construction and circumstances of time and score. Where will that leave Wiseman? Likely on the bench, in Kuminga’s old spot as the odd man out of the rotation.

Wiseman’s prospective demotion alone won’t fix what’s ailed Golden State during its 3-6 start. If the Warriors play a lot more like the defending champions versus the Kings, though, that role could very well become Wiseman’s new normal over the 82-game grind—one easy to have seen coming before the season tipped off given his debilitating lack of high-level basketball experience.