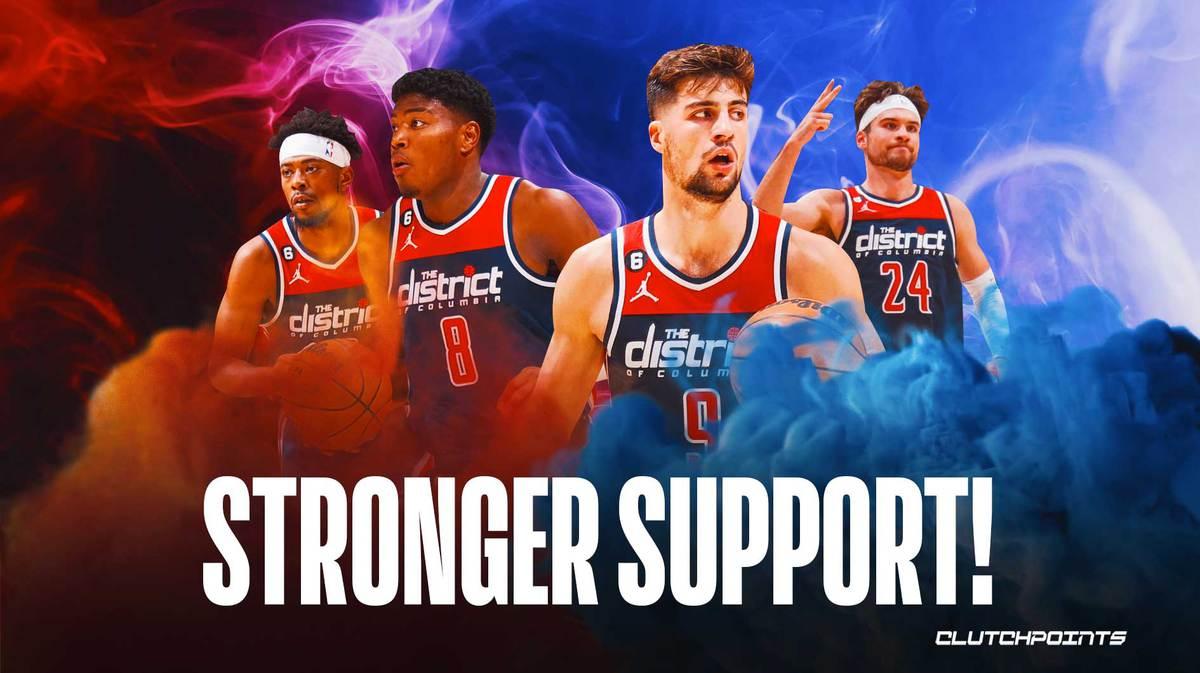 As of this writing, the Washington Wizards are among the top five teams in the Eastern Conference. They currently carry an 8-6 record and are just half a game behind the Atlanta Hawks for first place in the Southeast Division. We all know that Bradley Beal is the leader of this team, but because of his absence, guys like Kyle Kuzma and Kristaps Porzingis have had to step up. Apart from them, however, there has also been one pleasant surprise for the Washington Wizards early in the 2022-23 NBA season.

With a four-game winning run, Washington has returned to be among the top five teams in the East. Following a rough start to November in which they dropped three of their first four games, the Wiz are suddenly among the league’s hottest teams. They defeated some pretty good teams in that span, too, which included the Mavs, Jazz, and Grizzlies.

Keep in mind that Washington is doing this without their best player, Bradley Beal. He has passed the NBA’s COVID-19 protocols, but coach Wes Unseld stated on Saturday that the star guard still needs more time to recover. Beal consequently did not play in Sunday’s game. He should return to the lineup sometime this week. Still, it appears that the team didn’t miss a beat without him.

One big reason for that is that the supporting cast has really stepped up — that has been the one pleasant surprise for the Washington Wizards early in the 2022-23 NBA season.

When the Wizards embarked on an unexpected winning streak without Beal, it reminded fans of something that happened several years ago.

Back in February 2018, then-star John Wall was sidelined with an injury. As such, Beal, who was the team’s No. 2 at that time, had to step up. He led the Wiz to a win streak similar to what they currently have. They won games by moving the ball around despite missing the passing and the presence of Wall.

“Everybody eats,” Beal declared during that auspicious run.

Now fast forward to the present, and there’s a bit of irony now. Beal, of course, is currently the star and face of Washington. He leads the team in minutes played, shot attempts, and points per game. And yet, without Beal, the Wizards just wrapped up their fourth straight win at the expense of a club rated in the top six of the Western Conference. This is now the team’s longest winning streak since November 2021, when they went on a five-game run. More surprisingly, this has occurred while Beal has been either sidelined by health and safety protocols or is working to regain his conditioning in order to return to play.

Of course, filling up the Beal-shaped void has been the aforementioned Kuzma and Porzingis. Both have surely delivered, as their play has been outstanding. However, they haven’t carried this team by themselves. A strong supporting cast has surprisingly stepped up as well, especially four players who have really stood out. These are Rui Hachimura, Jordan Goodwin, Deni Avdija, and Corey Kispert. Clearly, these guys are learning that for Washington to develop into a playoff contender, they need to be more than just Beal’s dependents.

Let’s begin with Rui Hachimura, who has played in all 14 games this season so far. The star Japanese player had a good stretch of games this past week, highlighted by a season-high 23 points in a win over Dallas. He has actually been a reliable scorer for Washington, putting up double-figure points in 11 of their 14 games.

Jordan Goodwin, meanwhile, has been a powerhouse off the bench. He has provided the Wizards a much-needed spark from the second unit and is now a fixture on other teams’ scouting reports. Goodwin will be critical to the team’s future success. He scored 17 points in a win over Charlotte that sparked their current winning run.

Deni Avdija, for his part, is a player who has also stepped up as a starter. This is especially in the Wizards’ last three games. In those three outings, Avdija has averaged 15.3 points, 5.0 rebounds, 4.0 assists, 2.0 triples, and 1.7 steals per game. He has also done a lot of dirty work defending the opponent’s best wing player. In particular, he was on fire against the Grizzlies, hitting four three-pointers. He was the game’s second-leading scorer as well, trailing only Porzingis.

Corey Kispert is last but not least. He missed the start of the season due to injury but has gradually been brought along upon his comeback. Now, he finds himself starting for the Wizards in place of Beal. Kispert has proven to be not just consistent but also efficient. He didn’t miss a single shot in their win over the Jazz the other night. He unloaded 18 points while shooting flawlessly from the field and beyond the arc.

Of course, nobody expects the Wizards to survive with Kispert as their starting two-guard or to win for long without Beal. However, coach Unseld has known about this supporting cast’s potential since the off-season. Take note that second-year guard Kispert can come off the bench as an emergency starter. Also, a player like Goodwin, who is on a two-way contract, can come out of nowhere to energize the defense. These speak volumes about this team’s resiliency and depth.

I guess that’s what Beal truly wants to see as well, especially since right now, we are seeing that everyone, in fact, is able to eat. Things are looking up in Washington, and we hope this continues even when Beal is back in the fold.