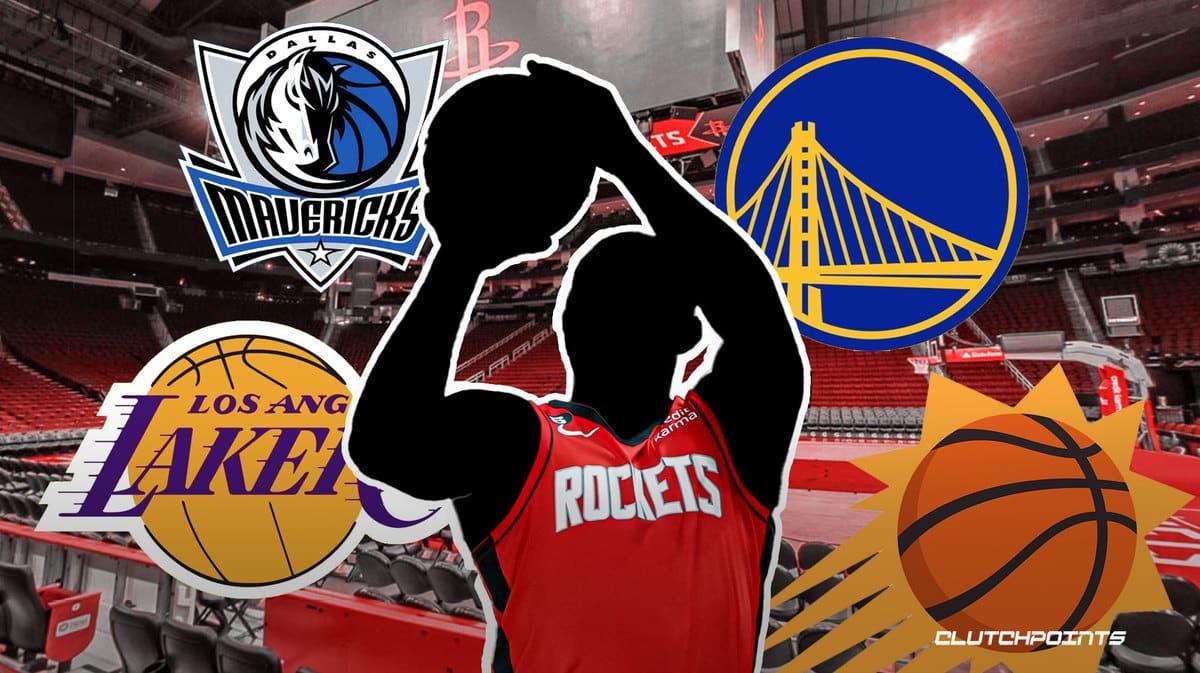 With one of the worst records (5-16) in the NBA through 21 games of the 2022-23 season, it is now time for a Houston Rockets trade. The Rockets are in full rebuild mode with Jalen Green, Jabari Smith, and Alperen Sengun, and every move they make should be about helping these prospects develop and adding assets to supplement these players in the future. For those reasons, it is officially time to make a Rockets Eric Gordon trade happen.

Why the Rockets should trade Eric Gordon as soon as possible

The biggest reason for a Rockets Eric Gordon trade to happen now is that the 15-year NBA vet, who turns 35 on Christmas day, simply doesn’t fit age-wise with the Rockets’ timeline. Outside of Gordon, who plays the fourth-most minutes on the team right now, the other eight players in the Rockets’ top-nine rotation are all 19, 20, or 21.

There is something to be said for veteran leadership and young players learning from established veterans as a team rebuilds. However, Gordon isn’t necessarily that player, and the haul the Rockets would get from trading him would far outweigh any leadership benefits he brings the team.

The other main reason for Houston to make an Eric Gordon trade now is that the best trade they can make for the star involves a three-way deal involving unhappy Suns forward Jae Crowder. The Suns need the Crowder saga to end soon, and when it does, the Rockets’ ability to benefit from being to be a deal facilitator between the Suns and Golden State Warriors goes away, too.

Here’s why this trade is a win-win-win for all involved.

The Suns get a solid, floor-spacing veteran who can help immediately in Gordon and a nice young player in Martin. This is a great return for Crowder, who currently isn’t helping at all by not playing this season.

As for the Warriors, they get a tough and tested veteran to shake up their team. Golden State is 11-11 right now and needs to make a bold move. Packaging the surplus-to-requirements Kuminga and Moody for Crowder who can play with the current team, and gives the Warriors Draymond Green insurance makes sense.

Finally, the Rockets get the $9.2 million expiring contract of Saric and two more 20-year-olds to add to the mix to see if they can find some magic moving forward. Draft picks are nice, but the Rockets already know that Kuminga and Moody can at least play in the NBA, and especially in Kuminga, may have players with high ceilings who can turn into Jalen Green and Jabari Smith’s long-term running mates.

If the Rockets do prefer picks instead of players, there are Eric Gordon trades out there right now that can provide them those as well.

One of those trades is with the Los Angeles Lakers for Patrick Beverley, Kendrick Nunn, and LA’s 2027 first-round pick. That deal brings in two more expiring contracts and could provide what might be an incredibly high pick five years from now. This Rockets Eric Gordon trade makes sense for Houston more than most teams, as they could use that Lakers pick as trade leverage or select a player with it in five years. At that point, Green will be 25, and Smith will only be 24.

Current NBA trade rumors suggest that the Lakers are highly-motivated to make a Beverley-Nunn trade, so the Rockets making Gordon available for this deal ASAP makes a lot of sense.

In addition to the Eric Gordon trades above, there are other teams who could use the career 37% 3-point shooter. The Dallas Mavericks and Philadelphia 76ers are two teams that could send some favorable contracts and picks to the Rockets in return for Gordon, which could also help Houston’s future.

No matter what deal suits the Rockets best, the point is, they are all out there right now. As the season goes along, teams fall out of the race, and several of these deals could quickly go away. Also, as a player in his mid-30s, it’s not inconceivable an injury or dip in form could quickly tank Gordon’s value this season.

That’s why now is the best time for a Rockets Eric Gordon trade. They can get a nice haul for a player who has no long-term future with the franchise and get ready for a resurgence in the next few years, hopefully.