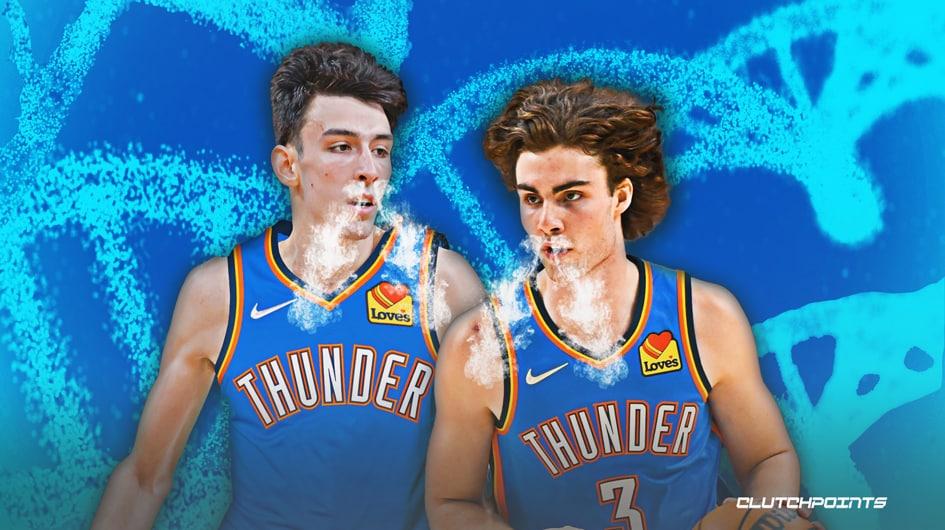 Oklahoma City Thunder GM Sam Presti has done a terrific job of hauling in the picks and building for the future. They already have a promising young core in place and it got even better in June as they drafted Chet Holmgren second overall while also nabbing a couple of solid prospects in guard Jalen Williams and big man Jaylin Williams, among others.

The NBA Summer League is a time for young prospects to make their mark and show what they’re capable of. One team that all eyes will be on in Las Vegas is the Thunder, especially because of Holmgren. But, we also can’t forget that second-year PG Josh Giddey is also playing in Sin City to get more experience after an impressive rookie campaign.

Here are 2 reasons Thunder fans should be hyped for the 2022 NBA Summer League.

This is obvious and with the way he played in his debut on Tuesday night, there’s a lot of reason to watch OKC in Vegas. The 7’1″ big man showed out for 23 points against the Jazz, registering five blocks and draining four triples. He also shot an impressive 78% from the field in an extremely efficient performance.

Holmgren put his versatile skill set on full display. He was a force around the cup, served as a constant threat from deep, and showcased his fantastic handle. For a guy to be this big and dribble as he does is hard to find these days. There are only a few centers in the league right now that can do this and their names are Nikola Jokic and Joel Embiid in particular.

Of course, the competition wasn’t the strongest for the Thunder. A lot of these players on Utah’s SL roster won’t make the NBA team. But, there were some big bodies and Holmgren banged inside with them. There’s been no shortage of doubts about his slender frame, but the ex-Gonzaga star silenced the critics on Tuesday, playing physically and getting inside.

Giddey really impressed in Year One, averaging 12.5 points, 7.8 rebounds, and 6.4 assists beside Shai Gilgeous-Alexander in the Thunder backcourt. Since he’s still young, Giddey is on the OKC Summer League roster, which makes sense. The franchise wants him to get more reps and this is a good thing for Thunder fans. The Aussie is a very exciting player to watch and makes everyone around him better.

More importantly, this is a chance for Giddey to build early chemistry with Holmgren. The big man is going to be a lob threat for Giddey all season long and they can get familiar with each other before the 2022-23 season even begins. We already got a glimpse into just that in Tuesday’s contest, with Giddey linking up with Holmgren on several occasions. The SG finished with 14 points and 11 dimes in the Summer League opener and can also build even more confidence in Vegas ahead of his sophomore campaign.

Holmgren did a fine job of stretching the floor and making the right moves to get open for Giddey on the offensive end. Defensively, he had the Aussie’s back on numerous occasions.

It’s going to be a treat to watch Holmgren play with the likes of SGA and Lu Dort as well, but seeing him and Giddey already feeling comfortable with each other after only one game is quite the sight for Thunder fans.