With the season passing the halfway mark, more and more new NBA card products are making their way to the public. Just a few months ago, NBA Hoops was released, only to be followed by Donruss Elite. At this point in time, Panini has let their latest Donruss edition out, much to the joy of collectors everywhere.

Much like its previous editions, this latest Donruss set features a lot of hits with some misses along the way. Shown below are some first impressions of this NBA card set from Panini.

The basics of this new Donruss NBA card set

Like NBA Hoops before it, Panini’s Donruss has always been a favorite among collectors due to its quantity of cards and the affordable price tag this product possesses. It features a 200-card base set of today’s active players in the league, a 50-card Rated Rookie set, and a wide array of parallels in between. 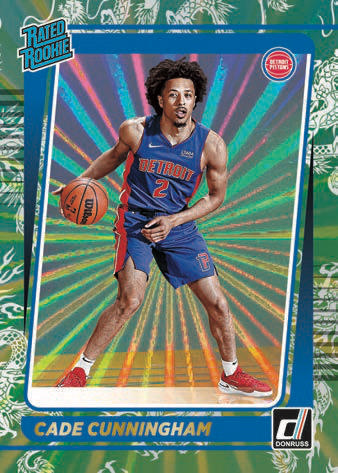 Some parallel offerings, such as Silver Press Proof, Yellow Flood, Holo Lasers, can be easily had from this product’s various boxes or packs. On the other hand, collectors will have a much harder time obtaining rarer parallels, like Blue (numbered to 49), Gold (numbered to 10), and Black (numbered to 1), which can be found in a hobby box format.

Along with these base and parallel cards, collectors will get a good amount of inserts from this latest Donruss product. These inserts vary from retail offerings and those included in hobby boxes, with the former slated to release in the following weeks. At this point in time, a Donruss hobby box is being sold at an average price of $490 in the market.

An improved base NBA card design

Last year’s Donruss base card design was definitely a departure from its previous generations. While those that came before had a cleaner and more minimalist approach, base cards from the 2020-21 edition had a little more splash in them. 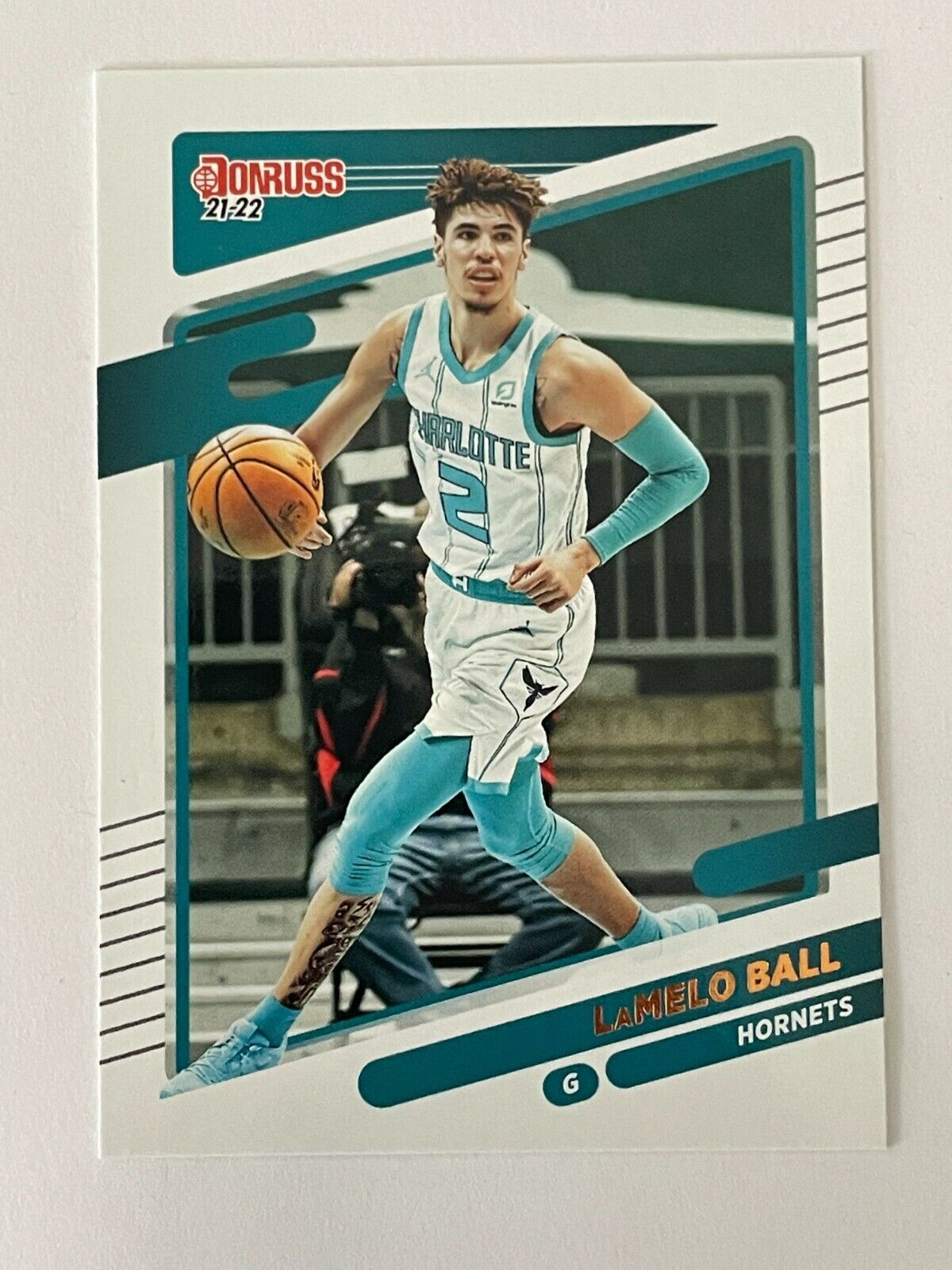 In a way, this year’s Donruss NBA base cards have taken their predecessor’s design philosophy and made it sleeker. In its place, a player’s profile is placed within a slanted box. This creates an illusory effect that makes the player seem to pop out from the card.

It also helps that the photos Panini used for the veteran base cards help put the action in these action shots. This little factor goes a long way to placing more value on these cards by making them look better, especially if they are displayed all at once, it comes in a short-printed parallel, or the color matches the player’s jersey. In any case, this new base card design is a breath of fresh air for NBA card collectors.

Next Day Autos are back

Much to the dismay of collectors last year, Panini’s Donruss NBA card set from the season before didn’t have any Next Day autographed cards. Due to the league limiting contact between players and other people, the inclusion of this fan-favorite card set didn’t make its way to the previous product. 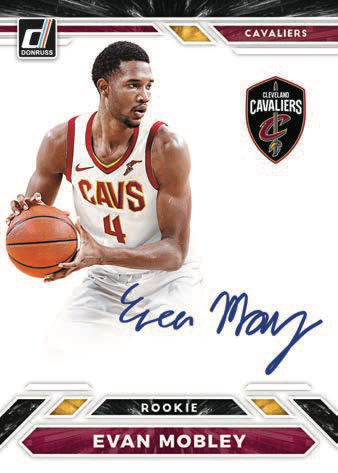 The same can’t be said about this year’s Donruss set. After a single-year hiatus, these Next Day autos are finally back to where they belong – inside a hobby box from Panini. This set is notable and very valued in the hobby because rookies sign them right after they’re drafted by their respective teams. Hence, the Next Day tag.

With these cards back on the table, collectors can expect a pretty high value for them once they hit the market. With promising stars like Cade Cunningham, Evan Mobley, Scottie Barnes, and Josh Giddey, these autos will surely be in demand once they’ve been pulled out straight from the pack.

For context, the last batch of Next Day autos is currently selling high in the market. Ja Morant’s Donruss Next Day auto encased in a BGS 9 slab last sold for $4,500 on eBay while Luka Doncic’s went for $8,288. If these two can serve as an example, it isn’t hard to imagine that this batch of signed rookie cards from Donruss will go near these price levels.

Net Marvels and other inserts

Perhaps the NBA card most collectors are gunning for from Panini’s latest Donruss product is one from the Net Marvels set. Rightfully so because it pairs the hottest stars in the league with an eye-catching design that can’t be easily found anywhere. Those who are looking to hunt for this set will be glad to know that the likes of LeBron James and Stephen Curry are joined by the NBA’s most promising prospects, such as Anthony Edwards, Ja Morant, and LaMelo Ball, among others. 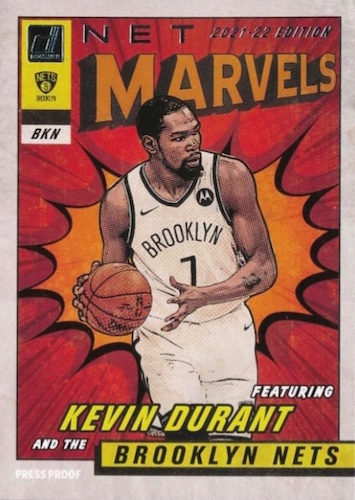 And if collectors pull nothing but Press Proof variants straight out of the box, don’t jump for joy just yet. According to the official checklist, there was an error in printing these inserts, causing all of them to have the Press Proof label in silver font. The real chase here is those that have a black label at the bottom since those are the authentic Press Proof parallels. 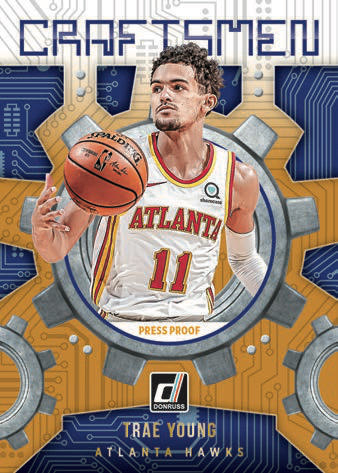 Of course, it’s not just about Net Marvels. There are other non-base offerings from Donruss, such as Crunch Time and Craftsmen, to name a few. To some extent, the hobby-exclusive inserts aren’t as hot as the comic-styled NBA cards. Nevertheless, any collector will have their fill of inserts whenever a box or pack of Donruss is opened.

With Panini set to release their chrome-based NBA card products in the coming months, like Prizm and Select, it’s expected for these Donruss cards to give way at some point in time. But until then, those looking for the latest rookie cards and impeccable inserts can do no better than this latest basketball set