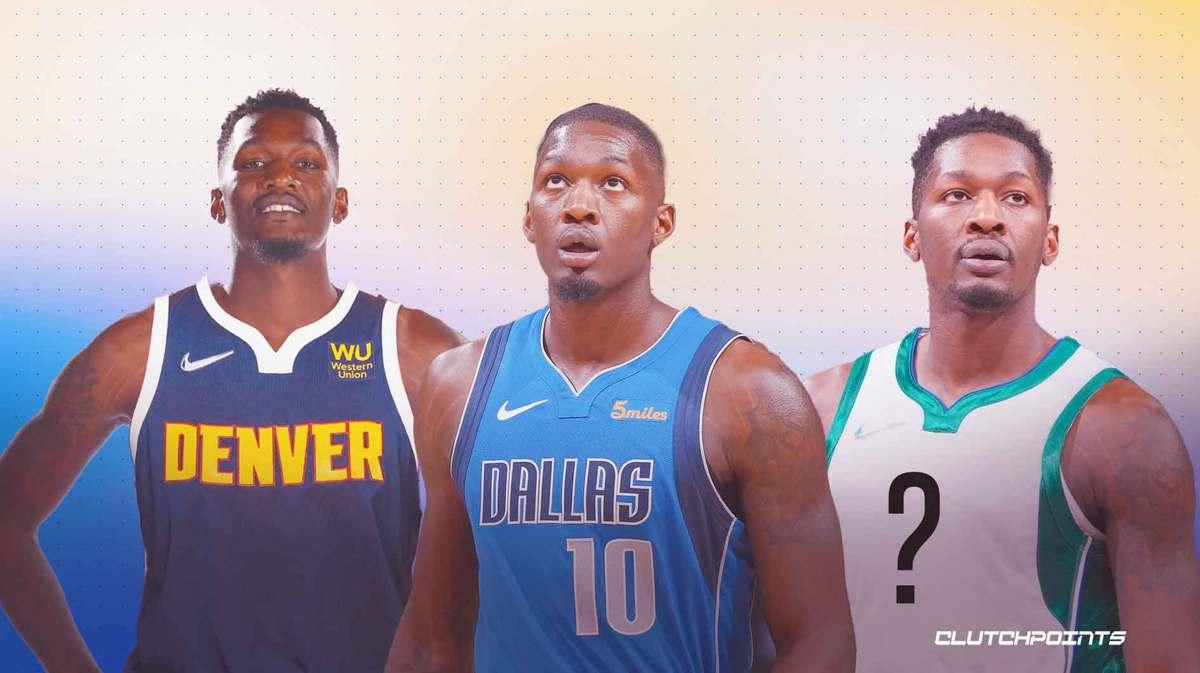 The Dallas Mavericks are in a rather peculiar spot this season. Yes, they are sitting at the fifth spot in the Western Conference right now. However, it’s clear that the team has plateaued in terms of where they can improve. They are miles behind the fourth-seeded Utah Jazz right now, both in terms of level of play and in the standings.

In addition to their in-season woes, the Mavs are also strapped with cash right now. Dorian Finney-Smith and Jalen Brunson, two key pieces from their bench, will likely command a lot of money in the open market due to their flexibility on the corner. Given how much money Dallas has invested right now, it seems unlikely that Mark Cuban will resign one or both of them.

The Mavs aren’t likely to give away Finney-Smith for free, though. Three-and-D wings are the hottest commodity in the NBA, and Finney-Smith is one of the more underrated wings of that archetype. Plenty of teams will be looking to avail of his services. Here’s three of the teams that should want Dorian Finney-Smith on their roster.

The Denver Nuggets have been, well, pretty meh this year. For a team that has the reigning MVP Nikola Jokic, this is unacceptable. However, very few things have gone their way this season, which is why they stand at just 22 – 20 instead of being at the top of the Western Conference.

Chief among the Nuggets’ concerns is wing depth this season. Michael Porter Jr.’s lingering back injuries have severely limited his availability this season. While JaMychal Green and Austin Rivers are capable backups, there’s certainly room to improve in this department.

Dorian Finney-Smith could be the answers for their problems, even when MPJ eventually returns to the roster. One of the biggest knocks on Porter Jr. is his defense, and the Mavs forward allows the Nuggets to field decent small-ball lineups. Plus, his shooting and cutting abilities are welcome in a Nikola Jokic-led offense.

The Lakers are another Western Conference team that is struggling despite high expectations this season. Much like the Nuggets, injuries have all but limited their options at the wing positions. However, Finney-Smith’s value to this team could be much higher than any other team.

See, one of the biggest knocks on the Lakers this season is their outside shooting and defense. On paper, they don’t seem to be struggling on both of these aspects (middle of the pack in defensive rating and three-point shooting). Look at their roster, however, and you’ll see that there’s some room to improve.

Dorian Finney-Smith, should they trade for him, fills a need that the Lakers sorely need in order to compete for a title this season. At the very least, the Mavs forward is a great backup plan in case the injury bug strikes at LA’s already sketchy wing rotation.

The Charlotte Hornets are making a resurgence this season. Behind the exploits of LaMelo Ball, this team has slowly become a terrifying team to face due to their scintillating offense.

However, one of their biggest weaknesses has been their defense. This is typical for most young teams, who have a lot of offense-oriented players initially. Their wing players, while being talented on offense, are either mediocre or below-average on the other side of the ball.

If the Hornets do chose to contend for the playoffs this season, they should consider acquiring Dorian Finney-Smith. The Mavs forward’s play style is conducive to Ball’s ability to pass from anywhere on the court. More importantly, he would give the Hornets a solid defender at the 3 and 4 positions, something they’ve sorely lacked.