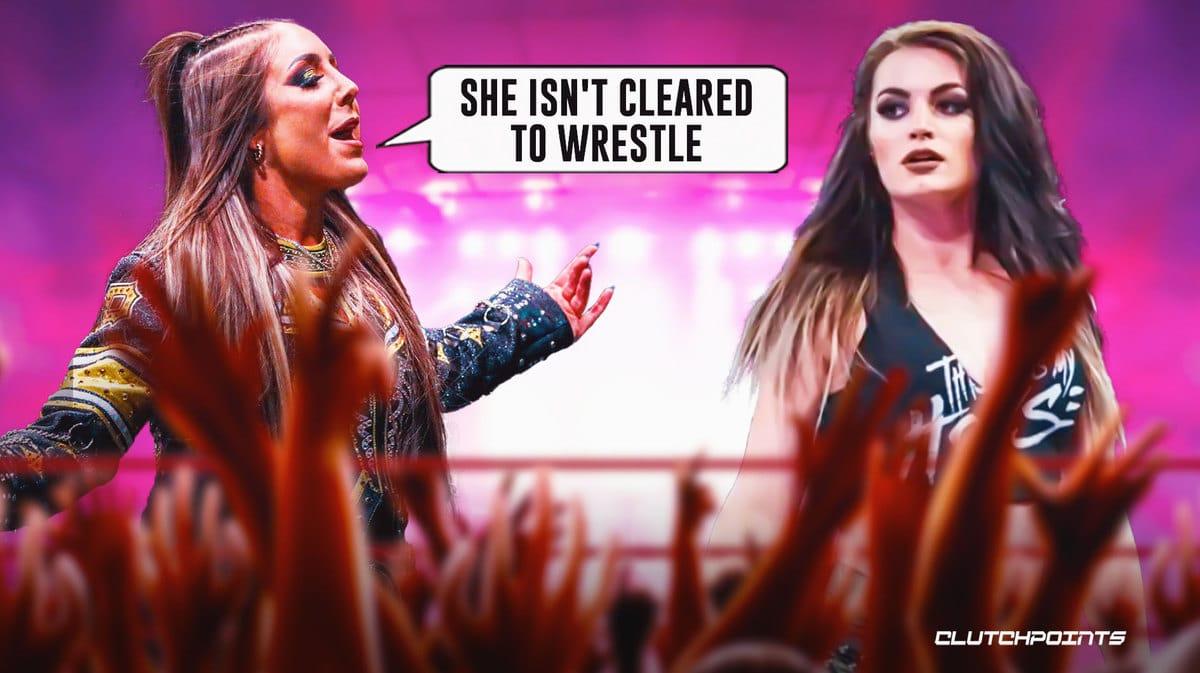 What is the status of Saraya in AEW? Sure, she’s reportedly signed to a long-term deal and will be a fixture of AEW television for the foreseeable future, but is her presence going to be in a sort of “general manager” way, or will the former Paige be mixing it up in the ring like it’s 2014 all over again?

Fortunately, none other than Saraya’s deepest-seated rival in the AEW Galaxy, Britt Baker, came in clutch with an update that will surely leave fans talking.

“Ladies and gentlemen, boys and girls,” Baker began. “As the face of the AEW Women’s division and, most importantly, as a role model, I feel morally obligated to answer the question everybody has been asking, and the answer is no, Saraya will not be wrestling in AEW, the doctors have not medically cleared her to compete. So let’s ship her off in some bubble wrap and send her on her way. But I guess that officially makes it my house now, right? Yours truly, Dr. Britt Baker, DMD.”

Welp, that’s that, right? While far from the worst-case scenario imaginable, it looks like AEW fans won’t be watching Saraya throw any punches or deliver any kicks in the middle of the ring any time soon.

… unless Baker doesn’t know what she’s talking about. While it would be an unusual decision to have a former champion go on television only to tell a lie, Baker is a heel, and heels do tend to do that sort of thing from time to time. With Baker and Saraya set to manage opposite sides of a trios match on Dynamite‘s third-anniversary show, maybe the plan was to simply psych out the babyface team of Willow Nightengale, Athena, and Toni Storm before their bout?

Either way, by the end of the segment, it certainly looked like Baker may have been given some less than complete information.

Britt Baker learned the hard way that about her AEW rival’s status.

After watching a very fun trios match that saw Nightengale secure the win in arguably the biggest match of her career – a win that set up a match between Willow and Jade Cargill at Battle of the Belts IV – Baker got in the ring to break up the lovefest between the winning women. Daring Saraya to do something, Baker got her just deserts when the two-time Divas Champion delivered a stiff elbow to the face that knocked Baker to the ground and started a full-on fist fight in the middle of the ring. While Rick Knox was able to get order back in the ring, with all six participants plus Baker escorted to the backstage area – which, based on the fight earlier in the day between Sammy Guevara and Andrade, isn’t that much safer – that left Saraya and Rebel alone in the ring, with the latter dropping to her knees to beg for mercy. 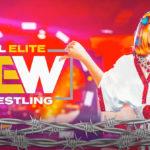 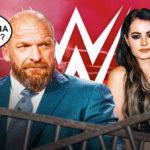 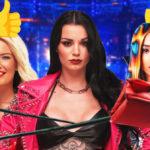 Unfortunately for Rebel, mercy was not granted.

After some anticipation from the fans, Saraya delivered a swift kick to the face of Rebel as the show went to commercial to the tune of thousands of cheering fans.

Is Saraya actually cleared to wrestle, or is she just healthy enough to swing an elbow and deliver a kick on a pair of helpless foes without worrying about a receipt from a “live” opponent? Either way, maybe Baker won’t be so quick to talk on matters she doesn’t fully understand.

Chaos erupts after the match and @Saraya sends a message to the world – #AEW is HER HOUSE indeed! #AEWDynamite’s 3-Year Anniversary Show is LIVE on @TBSNetwork! pic.twitter.com/RFoiQEB8gh