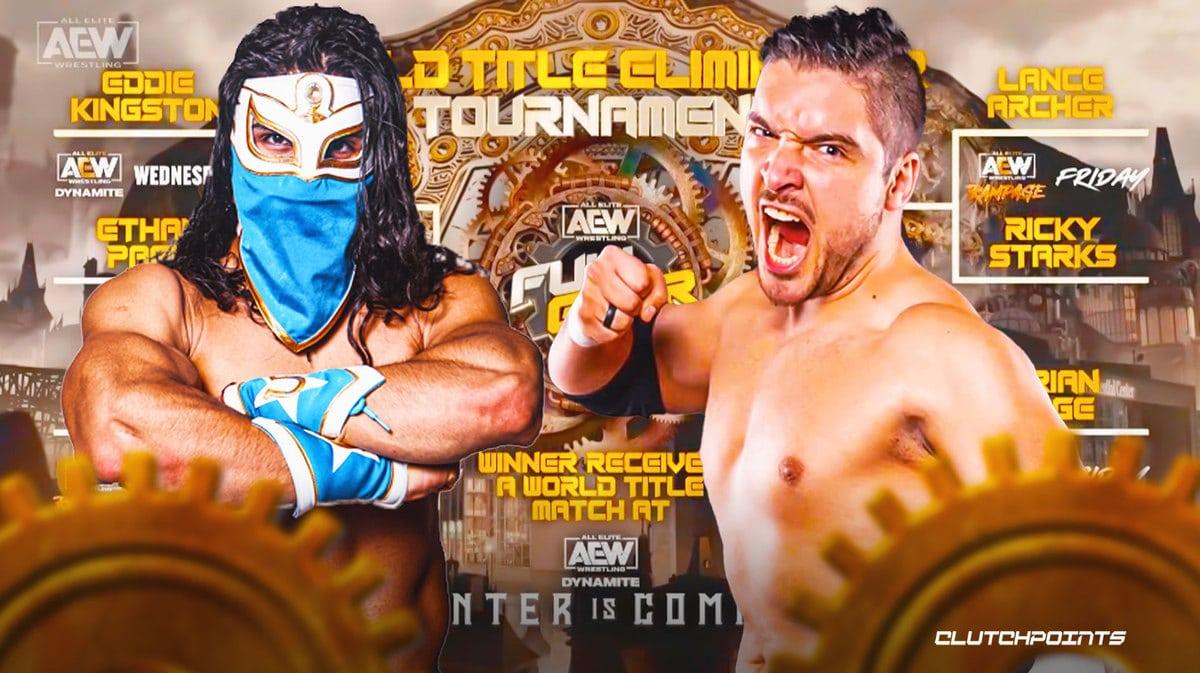 As AEW pushes closer and closer to deciding on the winner of the “World Title Eliminator Tournament,” fans have been left with more questions than answers about who will inevitably face off against each other at Full Gear, live from Newark, New Jersey.

What happened to Ricky Starks, who was supposed to wrestle “The Murderhawk Monster,” Lance Archer, in the first round but was attacked in the back and taken out of action for Rampage? How about Brian Cage? Will his comeback train continue, or will he be thrust back into obscurity as an occasional Ring of Honor performer? And what about “The Firm?” Will they continue to hang like a specter over AEW and haunt Bandido in his semi-finals match against Ethan Page? While that answer won’t be known until the show hits the airwaves, “All Ego” sat down with Bill Pritchard of WrestleZone to discuss how he’s been preparing for arguably his most important match of the 2022 calendar year to this point.

“The Eddie match, I actually forced myself to put on five pounds because I figured it’d be harder to lift him,” Page said h/t Fightful. “He’s one of the hardest-hitting guys on the show. I was like alright, I’m gonna have to show up a little heavier for this. The Bandido match, I’ve been doing two-a-day workouts leading up to Dynamite. Every morning, I’m lifting weights, and every night I’m doing 40 minutes of cardio just in preparation for someone of his caliber, the athleticism that he brings to the ring. He’s fast as hell and literally gorilla pressed RUSH, did a stalling suplex to Chris Jericho. So he’s a strong dude, too. I knew I had to bring something completely different to the table this coming Wednesday, and my body is a big part of that. I want to be able to keep up and to perform at the level that I’m expected. Bandido is one of those performers that I’m gonna have to [do] two workouts a day to get ready for.”

Though Page isn’t sure if he’ll make it through the tournament and earn his first Pay-Per-View singles match in AEW since… well, ever, “All Ego” is prepared to go the distance, as he’s procured four sets of tights, one for each match.

“The clothes and the backstage, I try and put attention to every detail humanly possible,” Page said. “Obviously I have no clue if I’m gonna walk out of Wednesday the winner or not, but I want everyone to know, I have ordered four pairs of tights. Just in case Ethan Page makes it all the way to the title match. I have a fresh pair of attire for every single match. I’m going all out. If this is the chance that they’re gonna give me the ball, alright, I’m gonna dunk it. That’s my thought at least. Every aspect of this. Plus, if ‘Macho Man’ could wear three different pairs of gear in one tournament on the same day, I could do it over a couple weeks.”

Bandido is looking to take advantage of his AEW opportunity.

While Page wants nothing more than to take care of Bandido in their semi-finals bout on Dynamite, “The Most Wanted Luchador” isn’t just going to lay down Jeff Jarrett-style and give his opponent the win, as after passing on a deal with WWE, the former Ring of Honor champion is looking to make a statement.

‘Jungle Boy no more’: Jack Perry is ready for his next chapter in AEW

That’s right, according to Dave Meltzer of The Wrestling Observer, Bandido received competitive offers from both promotions but ultimately chose to sign a full-time deal with AEW because “In the end, he realized he couldn’t sign with WWE because he has a child in Mexico, his significant other doesn’t want to move from Mexico, and he doesn’t want to not see his child all the time.”

With his three-year contract including a maximum number of dates, but a number that is reportedly “more matches than most AEW wrestlers work in a year now, so that shouldn’t be an issue, but that could change if they (start doing) house shows,” Bandido is going to be a fixture of AEW programming for quite some time, and may even re-enter the championship picture depending on how things shake out with Wardlow and the TNT Championship at Full Gear. Then again, if Bandido can overcome Page and defeat either Cage or Starks/Archer/someone else in the finale at Full Gear, he might be able to set his sights even higher in the forthcoming weeks and look to become the next AEW World Heavyweight Champion.