Well, the AEW Interim World Championship Battle Royal has concluded, and we know who will be facing off against Jon Moxley in the main event of Dynamite.

After a fun yet chaotic match, complete with Swerve Strickland’s betrayal of Keith Lee, the admittedly disappointing Joker entrant reveal of Andrade El Idolo, and the possibly more surprising return of Wheeler Yuta fresh off his run in New Japan, the 21 entrants were trimmed down to a final four of Andrade, Yuta, Kyle O’Reilly, and Rey Fenix.

Seeing the situation before them, Andrade and O’Reilly decided to form a makeshift alliance against Yuta and Fenix, leading to Yuta almost being eliminated. However, Yuta has proven to be a wrestler that does not goes down without a fight, and Fenix had the momentum of a tremendous performance so far in the match, with multiple eliminations and dazzling moves that you would expect from the Lucha Brother.

Alas, despite Fenix’s mastery of movement in the squared circle, Andrade got the upper hand on him with the classic heel move known as the low blow – though in classic Fenix fashion, he was in midair when the low blow occurred – leading to Fenix’s elimination.

With only one babyface and two heels left in the ring, it seemed like Wheeler Yuta was not going to last long in the ring. And yet, he was able to use Andrade’s momentum against him, throwing him out of the ring.

And then there were two: Yuta and O’Reilly.

Both would have made for great potential opponents for Jon Moxley, as O’Reilly had a great showing against Darby Allin at Double or Nothing, and Yuta could potentially show Moxley how much he has grown since joining the Blackpool Combat Club and participating in the Best of the Super Juniors, but with a dragon screw on the ropes followed by a running shove, Kyle O’Reilly became the winner of the Royal.

Kyle O'Reilly wins the Casino Battle Royal. This wasn't who I expected, but it's a safe choice to lose to Jon Moxley.#AEWDynamite pic.twitter.com/R7LPX1W66p

After all of that chaos, one thing is for sure: It will be a treat to see Kyle O’Reilly face off against Jon Moxley for the first time later tonight. 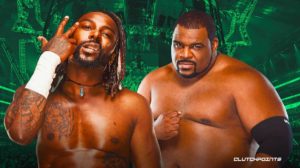