The Pinnacle’s members are doing great in AEW without MJF 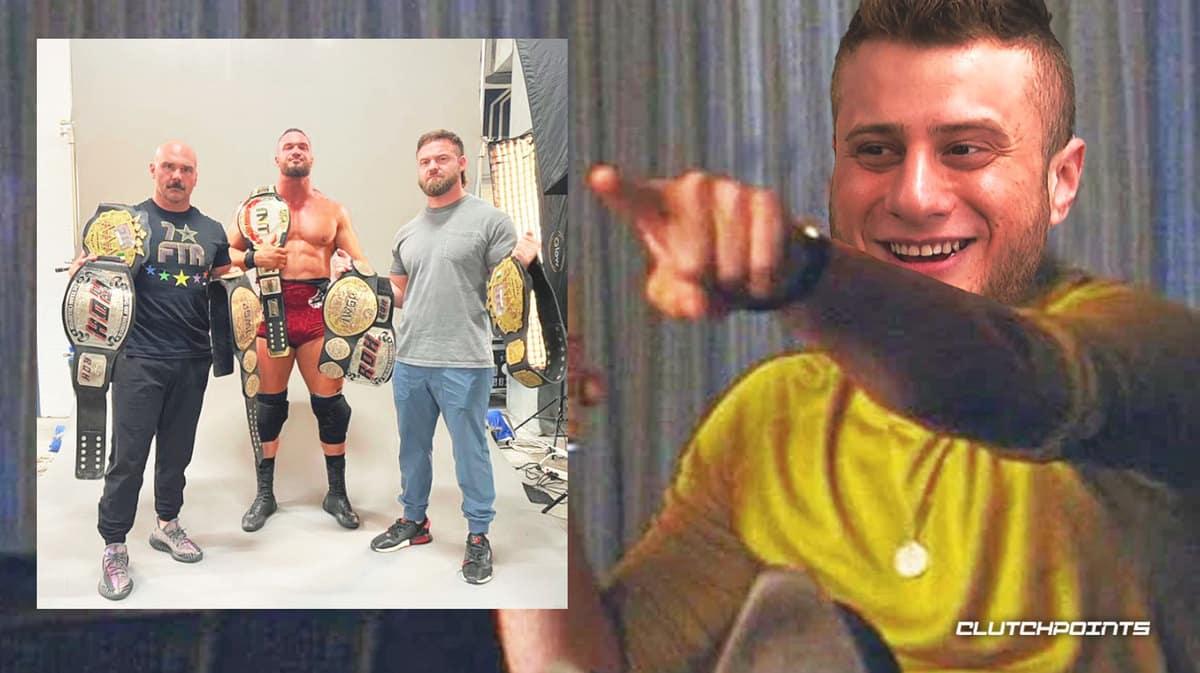 When MJF put together The Pinnacle, hand-selecting the duo of FTR to team up with himself, Sean Spears, and Wardlow, it was a shot to the bow of AEW‘s hierarchy.

With The Elite in disarray and The Inner Circle running court as the unquestioned top faction in the promotion, MJF’s decision to turn on his odd-couple friendship with Chris Jericho was supposed to be a gamechanger, with the unit becoming the sort of belt-monopolizing entity that AEW never really had at one time. Sure, the Young Bucks and Kenny Omega had some overlap in their title runs, with them even wrestling a match together as a trio with gold around each of their waists, but the ‘The Elite’ faction had long fallen apart, with “Hangman” Adam Page kicked out of the unit, and the backstage drama between the BTE squad and Cody Rhodes a story that will eventually be immortalized in a book, documentary, or even podcast.

No, The Pinnacle was supposed to be it – they were supposed to hold multiple belts, hold premium spots on each episode of Dynamite, and become the long-term rivals of The Inner Circle while The Elite were on hold too… except it didn’t happen. After losing to The Inner Circle in a face-turning Stadium Stampede match, the factions just sort of stopped associating with each other, with FTR firing Tully Blanchard after being literally rented out to Andrade before undergoing an incredibly successful face turn and Wardlow finally beginning the process of breaking free from MJF following his back and forth battle with CM Punk.

Huh, I guess Wardlow and FTR are doing just fine without MJF after all.

AEW is booking the former members of The Pinnacle like certified stars.

Turning FTR and Wardlow face was one of the best decisions of Tony Khan’s third year running AEW. While both acts worked well as bad guys, as they can both overpower their foes and “toy with their prey before dinner,” their ability to embrace a crowd that loves nothing more than to see incredible matches rapidly made them fan favorites. Whether it’s FTR’s new TK-chosen music, Wardlow’s powerbomb symphony, or just the way Excalibur, Taz, and JR make them seem like the biggest stars on the planet, both had their names chanted by the crowd when they weren’t supposed to during the Rochester edition of AEW Dynamite – Wardlow’s during Scorpio Sky’s introduction and FTR’s while the Young Bucks were challenging Swere in our Glory and Team Taz to a title match – much to the unexpected excitement of the boys in the back.

I hope Tony did. pic.twitter.com/H3BaCK6Ncb

Now granted, to Tony Khan’s credit, he doesn’t actively book against his fans. When a performer gets over on their own, say Fuego Del Sol on AEW Dark or Danhausen’s grassroots campaign on fans hoping to see him land in the promotion after ROH’s mass roster cuts, Khan will typically adjust his plans to ride the momentum generated by his fans. Heck, there have even been entire character presentations changed up based on fan reactions, like the decision to bring back “Jane” and the orange juice to Orange Cassidy’s presentation.

And yet, when MJF did his thing and effectively suspended himself with a profanity-ladened promo live from the “Fabulous” Kia Forum in beautiful Los Angeles California, one has to wonder if Khan took particular pleasure in strapping a rocket – and the TNT Title – to Wardlow, in an attempt to show his star-making abilities. It worked with Wheeler Yuta, who became an absolute star in the leadup to his ROH Pure Championship win, and it happened again with “The Wardog,” who got massive pops heading to the ring even when his music was stripped away.

Who knows, had MJF kept things cool, maybe he would be holding the AEW Interim World Championship and Jon Moxley’s Blackpool Combat Club would be preparing for a war with The House of Black following the conclusion of their Blood and Guts feud with the Jericho Appreciation Society. *sigh* oh well, I guess we will never know – instead fans can simply sit back and enjoy FTR and Wardlow wrestling some of the best matches of their career with their popularity having well surpassed the heights they reached in a group called The Pinnacle. Kind of ironic, no?