Is Damian Lillard playing vs. Raptors

The Portland Trail Blazers close out a six-game road trip on Sunday with a matchup against the Toronto Raptors. Damian Lillard hasn’t played in his team’s last 10, a stretch in which Portland has gone a stunning 6-4. Will the Blazers’ superstar point guard be back on the floor up north?

Is Damian Lillard playing vs. Raptors

Lillard endured the worst slump of his career to begin the regular season, almost completely losing his touch from three while looking a half-step slow off the bounce compared to years past. Following a frustrating loss to the Cleveland Cavaliers on November 3rd in which he shot 10-of-27 from the field and committed multiple late-game gaffes, Lillard finally admitted that his longstanding core injury was affecting his play.

Immediately following Team USA’s win in the Olympic gold medal game on August 6th, reports emerged that Lillard—who’d been struggling on both ends in Japan—had been dealing with a core injury that left him less than 100 percent. He complained of his tender midsection on multiple occasions in 2020-21, too.

After a win over the Toronto Raptors on November 16th, Lillard opened up about the extent of his injury.

“It’s tight, irritated,” Lillard said. “It’s frustrating, but I’ve been playing with it for the last three-and-a-half, four seasons. It’s just frustrating. I’m ready to be playing in the prime of my career at 100 percent, and it’s frustrating to not be able to do that over the last three, four years.”

The Blazers announced on December 1st that Lillard, who sat out the second leg of his team’s back-to-back against the Detroit Pistons 24 hours earlier, would miss at least 10 days due to injury management after an MRI confirmed his lower abdominal tendinopathy. Lillard returned two weeks later after missing five games, quickly reaching the elite level of play that had largely eluded him before sitting out.

“I felt pretty good, better than I’ve felt in a long time,” he said on December 12th following a hard-fought loss to the Minnesota Timberwolves. “I felt significantly better.”

Lillard’s dominant play and time back on the court didn’t last long, though. Just as his teammates began to return from health-and-safety protocols, Portland announced on January 5th that Lillard would miss at least a week while seeking further consultation on his injury. Before his team’s victory over Sacramento on January 9th, Chauncey Billups revealed that Lillard wouldn’t travel on Portland’s road trip to seek further consultation on his injury.

It is still unsure whether or not the procedure would be season-ending but we wish the best for Dame! 🙏 pic.twitter.com/1GYJSkLQHP

Lillard underwent surgery on his midsection on January 13th and is scheduled to be re-evaluated in five weeks. His potential return to the court in 2021-22 will be dependent not just on the progress of his rehab, but where the Blazers are in the standings once he’s healthy enough to play.

“It was a situation where it’s been a tough season, I’m not healthy,” Lillard told team reporter Casey Holdahl after the surgery. “What is the return on me beating myself up for another year? And then end of the year, what is that going to look like? And now I’ve got to the end of the season and we’re trying to do this at the end of the season and now I’ve got to go through the rehab, the recovery, get in shape, train and all that stuff and then the season is here again and there’s not really been a physical or mental break. So why not take that opportunity now, just swallow my pride and play the long game? Maybe add two years to my career instead of taking two off.”

Lillard reiterated that patience wile meeting with reporters on Saturday, insisting he’s “not in a rush” to make it back to the floor as quickly as possible—especially if Portland prioritizes draft position over the season’s second half as opposed to where it sits in the standings.

Is Lillard playing on Sunday against the Raptors? No, and there’s a distinct possibility his season could be over. 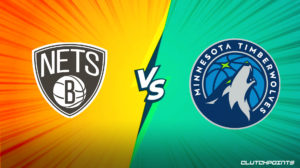