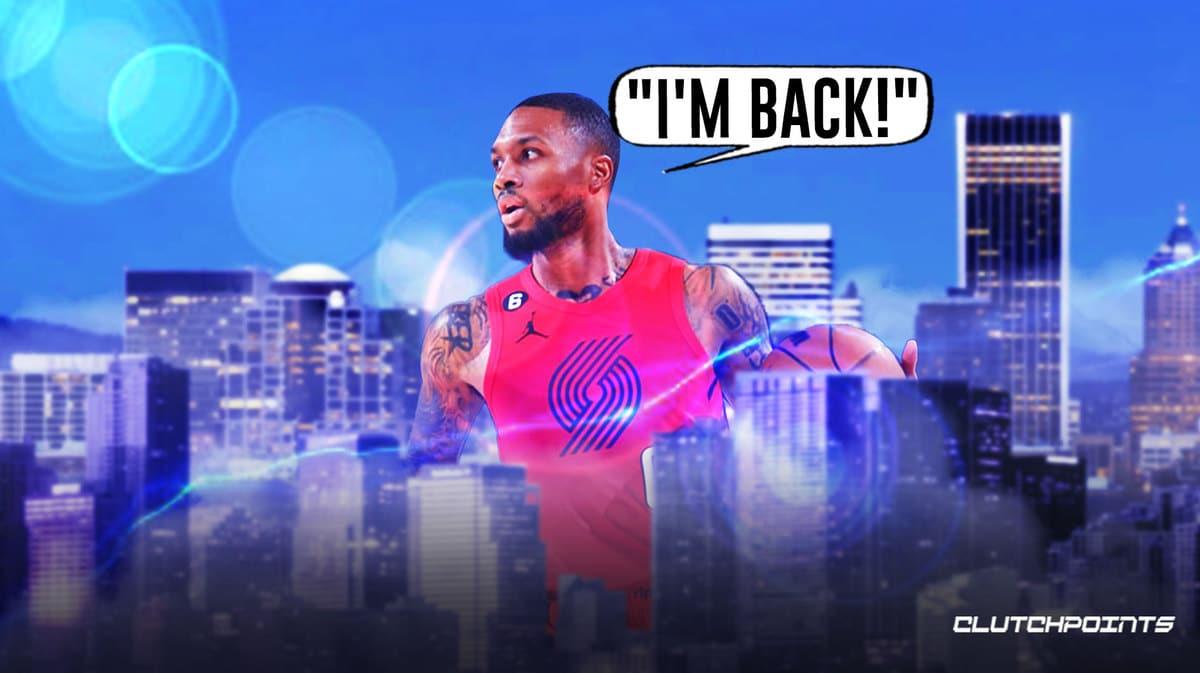 The Portland Trail Blazers have looked very impressive early on in the 2022-23 campaign, enjoying a 6-3 start. For the last four games, star Damian Lillard has been out due to a calf strain and it appears he’s ready to return Monday night against the Miami Heat.

Big for the Blazers. They went 2-2 without their franchise superstar, beating the Rockets and the Suns. Jerami Grant even hit an epic game-winner against Phoenix and then gave a legendary interview with his teammates surrounding him, including Dame.

Lillard is undoubtedly playing at a high level thus far, averaging 31.1 points, 4.9 rebounds, and 4.6 assists per night. While he’s not facilitating at the same rate as usual, the guard’s scoring numbers are currently at a career-high. Whether he can keep that up remains to be seen, but it’s definitely helping the Blazers make their mark in the West.

Coincidentally enough, Lillard actually suffered the injury versus Miami on October 26th, exiting in the third quarter. He had 22 points in 26 minutes of action before his departure.

The Blazers are in the midst of a lengthy six-game road trip, facing the Hornets, Pelicans, and Mavericks before returning home on November 15th. Dame’s backcourt partner, Anfernee Simons, could also play Monday after missing the last two contests with a foot injury.

Everything is coming together for Portland and it’s not too long until Gary Payton II returns, too.