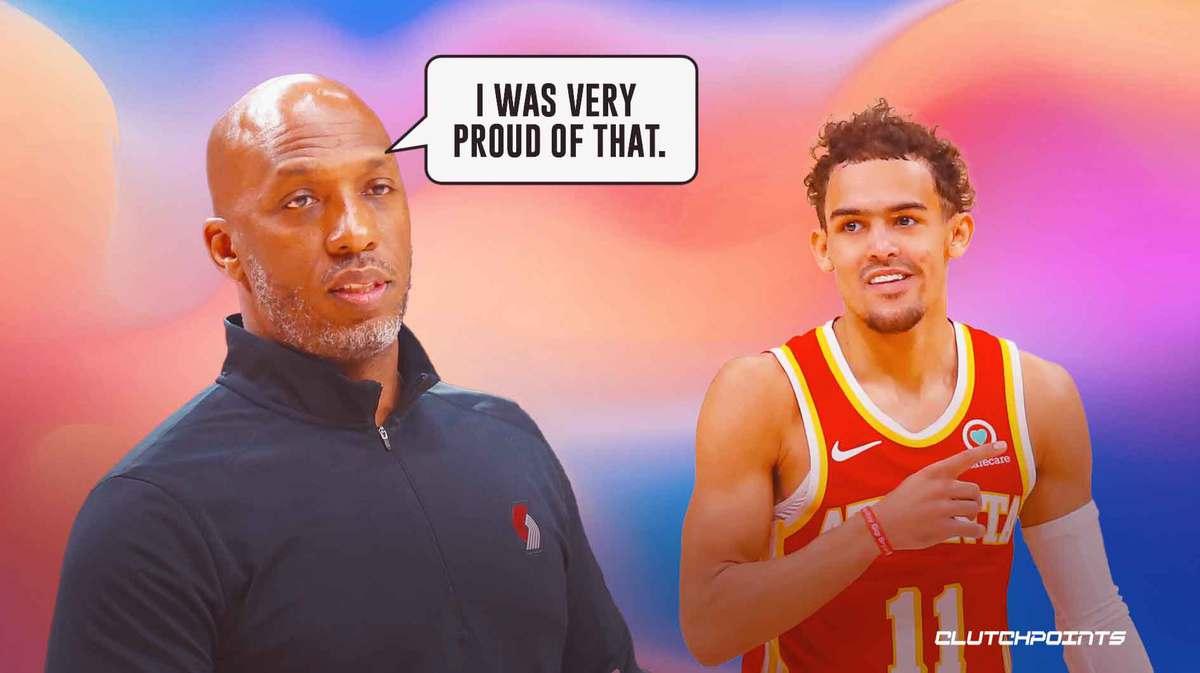 The Portland Trail Blazers’ utmost organizational priority from now until the end of the regular season definitely isn’t winning. You wouldn’t have known it watching Josh Hart and the “baby” Blazers go punch-for-punch with a team that made the Eastern Conference Finals last season, though.

Portland fell to the Atlanta Hawks 122-113 on Monday night at State Farm Arena, another loss toward the franchise’s ultimate goal of retaining and improving its first-round draft pick this summer.

Tough finish, but a lot of positives to take from tonight's game 🎥 pic.twitter.com/SuZXlZw1I7

But the Blazers’ seventh loss in eight games was far different than most of the others, featuring an early 15-point lead, a double-digit fourth-quarter deficit and a spirited comeback attempt that fell just short in the game’s final moments.

“We fought like crazy man, and I was very proud of that,” Chauncey Billups said. “I think they shot 109 shots tonight—that’s a ton. And they only turned it over four times; usually we create a lot more turnovers than that. I was proud of us, I was proud of us. We gave ourselves a chance to win this game.”

Portland took a 67-58 lead into intermission after an utterly dominant performance from Josh Hart. Picking up right where he left off from a 44-point explosion in his team’s win over the Washington Wizards on Saturday, Hart dropped 25 points and four triples in the first half, abusing the Hawks from all over the floor on 9-of-12 shooting.

Hart lost his hot hand in the halftime locker room, though, and Trae Young found his.

Atlanta’s franchise player erupted for 21 points in a game-changing third quarter it won 31-17, feasting off the Blazers’ nagging propensity for turnovers. They’d turned the ball over 20 times once the final buzzer sounded, feeding the Hawks even more extra scoring opportunities while getting owned on the offensive glass.

Young, naturally, took full advantage. He finished with 46 points and 12 assists on Monday, fending off Portland’s relentless hustle defensively with the type of singular offensive outing reserved for true superstars.

“He’s just a tough cover,” Billups said. “I think he’s the best in the league at rejecting screens. He just does such a good job setting guys up to get rejects and drawing fouls. You have to guard him so high because he shoots it so deep. He had us off-balance all night, but the guys that were guarding him I thought competed really hard.”

Inevitable as Young proved at times, his monster night still wasn’t enough to put the Blazers away for good.

They roared back after falling behind 104-93 with 8:36 left, ripping off a 10-0 run that made it a one-point game just over three minutes later. But Portland never got over the hump despite several opportunities to re-take the lead or tie the score in crunch-time, beset by an inability to string together multiple stops.

Remember: Management surely preferred the Blazers losing this game. It’s a testament to this team’s budding culture under Billups that Portland put up a fight well worthy of victory anyway, even as Damian Lillard, Anfernee Simons, Jusuf Nurkic and more watced from the bench.