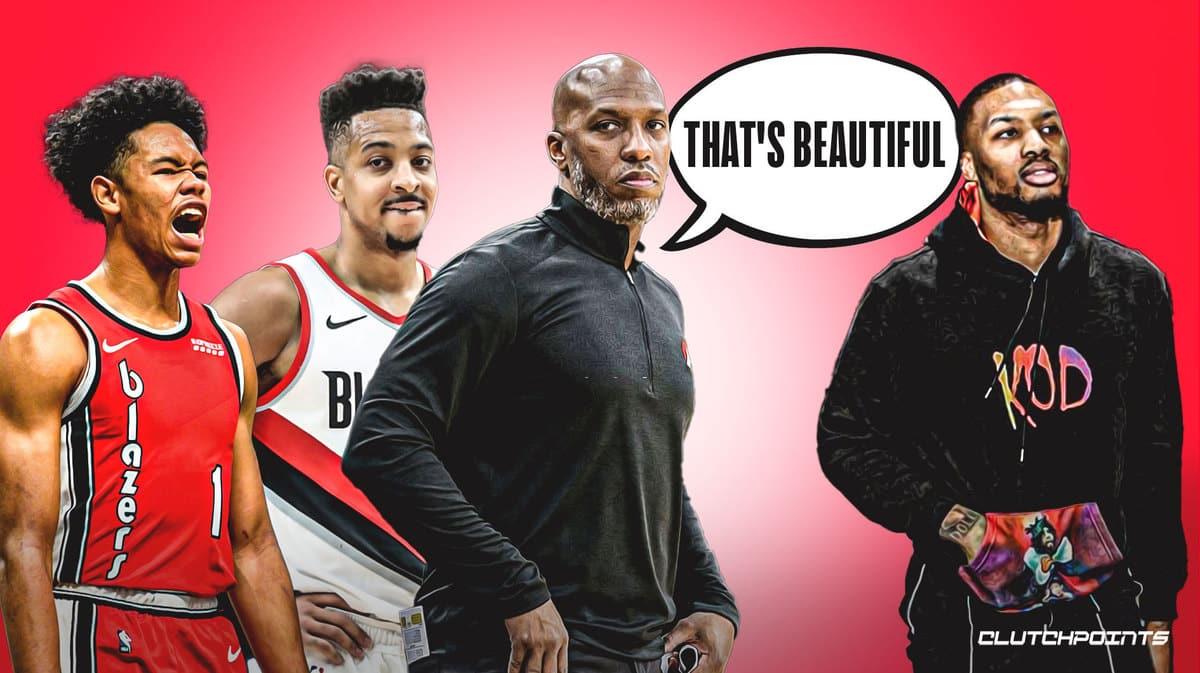 The Portland Trail Blazers used isolation basketball to pull away from the worst team in the Western Conference on Friday night. After the Houston Rockets suddenly pulled within six as the game clocked ticked below five minutes remaining in the fourth quarter, C.J. McCollum and Anfernee Simons mercilessly matchup-hunted for Garrison Mathews in pick-and-roll, clearing the floor for a series of one-on-one battles on the perimeter.

Portland had outscored Houston 17-8 by the time the final buzzer sounded, their dynamic starting guards accounting for all of those points via scores or assists after abusing Houston’s overmatched sharpshooter in isolation.

“We just did a good job of finding what we wanted at the end and attacking it,” Chauncey Billups said after the game.

But the Blazers’ 125-110 victory over the Rockets wasn’t an exhibition of McCollum and Simons’ ridiculous dribbling and shot-making exploits until crunch-time suddenly arrived. As it built a seemingly insurmountable 18-point lead in the first half, Portland’s offensive success was marked most by the type of quick-hitting ball movement has always hoped would be the defining trait of his team’s attack.

“I love that we’re not playing like it’s my-turn, your-turn basketball,” he said. “We play. We throw the ball to whoever the play is for that time and however the defense actually plays us, we take that shot. And that’s beautiful for us to be playing like that. We’ve talked about that all year long.”

The Blazers feasted in advantage situations from the opening tip, Jusuf Nurkic drawing extra defenders on the block or McCollum and Simons getting the defense scrambling in ball-screen action. Though they combined for a whopping 77 points, Nurkic, McCollum and Simons mostly made the right play when Houston loaded up on them defensively, finding open teammates who consistently passed up good shots for great ones.

The win moves Portland to a stunning 8-6 since Damian Lillard was sidelined indefinitely.

Don’t mistake the Blazers’ improving ball movement as an indictment on their best player’s penchant for over-dribbling, though. They’re simply getting more comfortable implementing Billups’ overarching offensive principles as the seasons wears on. And whenever Lillard returns, later this spring or in 2022-23, Portland will be much better positioned to take advantage of all the defensive attention his presence creates because of it.