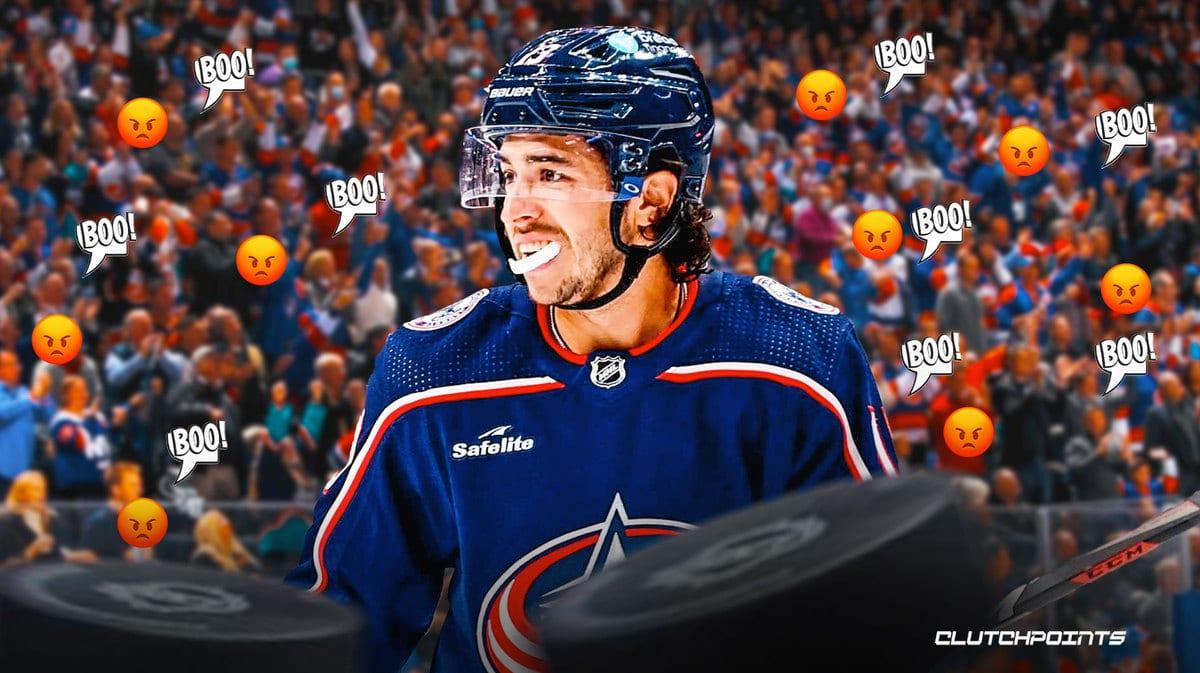 After the Columbus Blue Jackets made the trip out to Long Island on Saturday, Johnny Gaudreau admitted he was surprised by the hostility of the New York Islanders fans. Every time Gaudreau touched the puck, a chorus of boos erupted among the fanbase. Speaking with ESPN’s Emily Kaplan after Saturday’s 4-3 loss, Gaudreau expressed his surprise over the crowd’s truculence.

“I was talking to my coach after the third shift, and I was like, ‘I don’t get it,'” Gaudreau told ESPN. “I didn’t talk to [the Islanders] once throughout the whole free agency.”

The Islanders were one of the teams most heavily linked to Gaudreau this offseason. The former Calgary Flames star shocked the league by signing a massive contract to join the Blue Jackets, a destination that had scarcely been considered a possibility for the 29-year-old.

It was widely expected that Gaudreau preferred a move to the East Coast, closer to where he grew up in New Jersey. The Devils and Islanders were certainly expected to be at the forefront of his market, but Gaudreau stunningly settled on Columbus.

Islanders fans haven’t forgotten the decision from Gaudreau, but he revealed that he’d not even entertained the Islanders during free agency, admitting that the two sides never even sat down for discussions over a potential deal. Despite never even negotiating with the Islanders, the fanbase clearly feels slighted by Gaudreau’s decision, and made sure he knew it on Saturday.

Johnny Gaudreau signed a seven-year, $68.25 million deal with the Blue Jackets. He’ll be under contract with the team through the 2028-29 season and will collect $9.75 million per season.