Future Hall of Famer Albert Pujols is currently in the midst of his farewell tour. He announced at the beginning of the season that he would be calling it a career at the end of the year.

But now, post-All-Star break, Pujols’ impending retirement is on the mind of everyone. Albert Pujols and the St. Louis Cardinals are starting to play some opponents for the final time. This means that some fans will be watching Pujols for the final time.

This occurred Tuesday in Toronto. As Pujols went up to bat in the first inning, he was greeted by a nearly minute-long ovation. The Rogers Centre took the time to give him his praise. The moment nearly brought Albert Pujols to tears.

When looking at the MLB’s all-time hitting records, Pujols is in the top five for nearly every category.

Now, at age 42, father time has begun to catch up with Albert Pujols. But he has still managed to stay productive and has contributed multiple times while in the lineup. Through 155 at-bats this season, he has recorded 35 hits, six home runs and 20 RBI.

During the All-Star break, Albert Pujols was granted an honorary spot in the game. He also appeared in the home run derby.

Now as his career begins to wind down, it is guaranteed that more teams will give Pujols his well-deserved ovation. 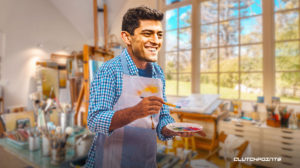