Boston Celtics star Jayson Tatum has cleared the air with former player and NBA analyst Kendrick Perkins after the latter roasted the former Duke standout over the weekend.

After the Celtics’ blowout win over the Knicks on Saturday, Perk made sure to praise Jaylen Brown for showing out while putting down Tatum in the same sentence. Nevertheless, Tatum has since clarified that he has no problem with the ex-Boston big man. Via The Athletic’s Jay King:

Jayson Tatum: “I don’t have a problem with Perk.”

Said they don’t really know each other.

“He said my name and I just responded. And that’s all it was.”

Said it’s not a big deal, they both said what they said and they’ll move on.

In case you missed it, this is what Perkins said after the Celtics dominated:

“Jaylen Brown completely took over this game with his first triple double of his career!” Perkins tweeted. “Played a perfect game while Jayson Tatum went 6/14 from the field. They got the win tho! Carry on…”

It’s understandable why that frustrated Tatum. If the Celtics aren’t being criticized enough lately for their inconsistent play, Perk chimes in and tries to bash one of their franchise stars. But, it was clearly just some heated words at the moment. Tatum wasn’t awful in that game either, still dropping 19 points in the win. He did bounce back on Monday night in an OT victory over the Pacers as well, pouring in 24 points and grabbing 12 rebounds.

It’s very well known that Perkins loves to give his opinion. Next time, it’s probably better if Tatum simply ignores it and moves on. 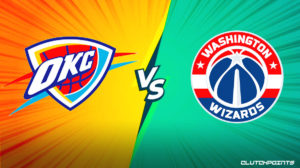