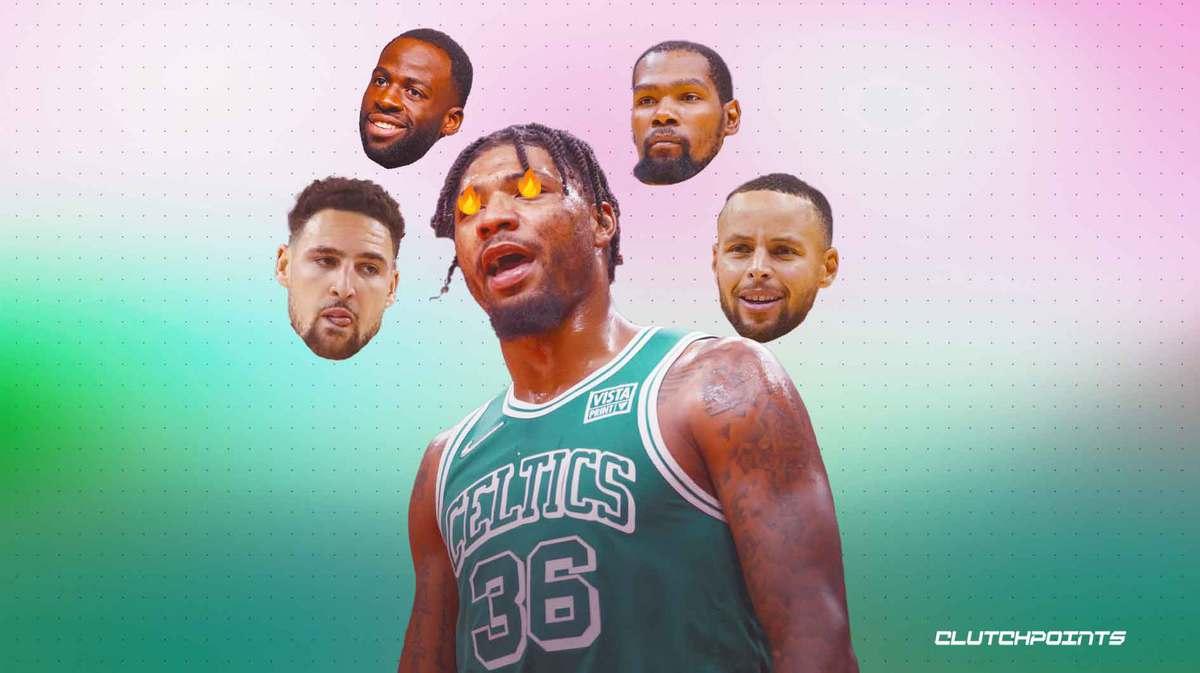 The 2018 Golden State Warriors have to go down as one of the greatest NBA teams ever assembled. They easily ran through the league en route to an NBA championship, taking down the Cleveland Cavaliers in a clean sweep.

But one player seems to think things would have gone differently had his team had a chance to take on the Warriors in the NBA Finals. Boston Celtics guard Marcus Smart, on a live taping of JJ Redick’s podcast, The Old Man and the Three, had an incredibly bold take regarding the 2018 Celtics’ chances against the Warriors.

“We definitely thought that we had a great chance. To this day we still thought, if we went to the championship instead of LeBron (James) and those guys, we definitely would have beat Golden State that year.”

The Cavaliers defeated the Celtics in Game 7 in the Eastern Conference Finals to punch their ticket to the title game against the Warriors. LeBron and the Cavaliers were ultimately swept by Kevin Durant and company, and Smart insists that the Celtics, consisting then of the young pair of Jaylen Brown and Jayson Tatum, Terry Rozier, Al Horford, and Marcus Morris, among others, could take on the Warriors.

The Warriors were fully clicking by the NBA Playoffs, losing just two games through the first two rounds before defeating the Rockets in seven games to advance to the NBA Finals. While Smart feels they could have taken apart the Warriors, the fact that they couldn’t even get past the Cavaliers suggests otherwise.