John Wall just completed his move to the Los Angeles Clippers after his buyout with the Houston Rockets, but the veteran guard is not wasting any time.

Fresh off signing a two-year, $13 million deal with the Clippers, Wall took to social media to share his first move: hitting the gym and putting in the work. He also expressed his excitement about joining the LA franchise, showing off the Clips’ logo on his shirt.

John Wall with the Clippers 🔥 pic.twitter.com/QsoKaQon90

While John Wall sat out the whole 2021-22 season and has played in just 40 games in the past three years (missing the whole 2019-20 as well due to foot injury), he remains a solid veteran that can contribute when given the chance.

For those who forgot, Wall still put up 20.6 points, 3.2 rebounds, 6.9 assists and 1.1 steals per game during 2020-21 when he played for the Rockets. There was no problem with him last campaign, and the only reason he did not play was because Houston focused on giving playing time to their young core.

The Rockets had every intention of trading for Wall, but when no one was willing to take his humongous contract, they had to agree on a buyout.

Now, Wall is on the Clippers and clearly ready to make his impact and presence felt. While he is no longer the same All-Star caliber player he once was, he doesn’t need to carry a team alone anymore. With Paul George and Kawhi Leonard alongside him, Wall could simply do what he can without being burdened with the responsibility of becoming the go-to guy. 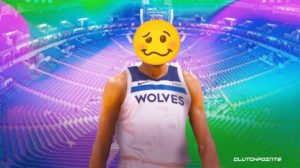