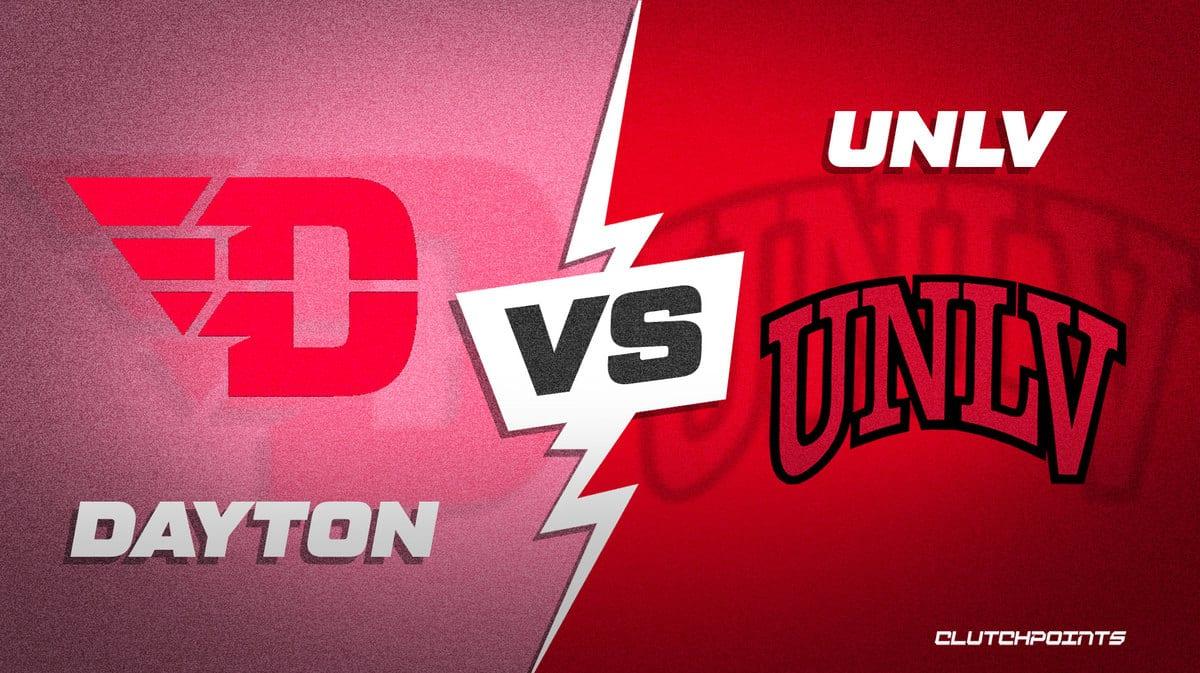 The Dayton Flyers take on the UNLV Runnin’ Rebels. Check out our college basketball odds series for our Dayton UNLV prediction and pick.

This is a matchup of schools which have both competed in the NCAA Tournament national championship game. You know that UNLV won the 1990 national title under former coach Jerry Tarkanian, but a lot fewer college basketball fans are aware of the fact that in 1967, the Dayton Flyers lost to UCLA, John Wooden, and Lew Alcindor in the national championship game. Dayton’s coach in that game, Don Donoher, is still alive today at age 90.

Dayton and UNLV fans love college basketball and dearly want to return to national prominence. Dayton and coach Anthony Grant were exquisitely unlucky in 2020, when the pandemic canceled the NCAA Tournament. Dayton had a chance to be a No. 1 seed, but the pandemic arrived in mid-March, just before Selection Sunday. There was no selection show, and the NCAA never did reveal the brackets and seedings, something many fans wish would have happened. The Obi Toppin Dayton team was a wrecking ball which destroyed the rest of the Atlantic 10 Conference. Dayton was viewed to be a No. 2 seed for sure, possibly a No. 1 seed, in what figured to be a wide-open March Madness extravaganza. That was a year in which non-traditional teams were in line to be No. 1 or No. 2 seeds. Dayton, San Diego State, and Florida State were all going to be top-two seeds.

Dayton has not made the NCAA Tournament in the two seasons since 2020. Grant really needs to make the Big Dance this year, and his team is ranked No. 21 in the country, a sign that this might be the year he breaks through. Dayton scored a 74-62 win over SMU. We will find out how good SMU really is in the coming weeks, but it’s still a solid win for the Flyers, who know how important this season is for themselves and their head coach.

UNLV is led by coach Kevin Kruger. His father, Lon Kruger, guided UNLV to the Sweet 16 in 2007. The Rebels would love to get to that stage of the NCAA Tournament, but first, they just have to make the tournament. Before that, the Rebels at least have to be in position to contend for a March Madness ticket. It will be fascinating to see if this team can evolve and become not just an irritant for good Mountain West teams, but a formidable squad unto itself and a group other Mountain West teams will struggle to handle all season long.

Courtesy of FanDuel, here are the Dayton-UNLV College Basketball odds.

Why Dayton Could Cover the Spread

The Flyers have a roster which, on paper, looks a lot better than UNLV’s. Also, beating SMU — not a cupcake opponent — shows that the Flyers are prepared for quality opposition and worthy challenges in the early part of their season. This team will be ready for UNLV.

Why UNLV Could Cover the Spread

Playing at home at the start of a new season should give this group good energy, especially at the defensive end of the floor. Kevin Kruger shows signs of being a good head coach. If he is the real deal, he can find a way to win this game for his team.

Dayton might win outright, but UNLV will keep this game very close with its defense and cover.