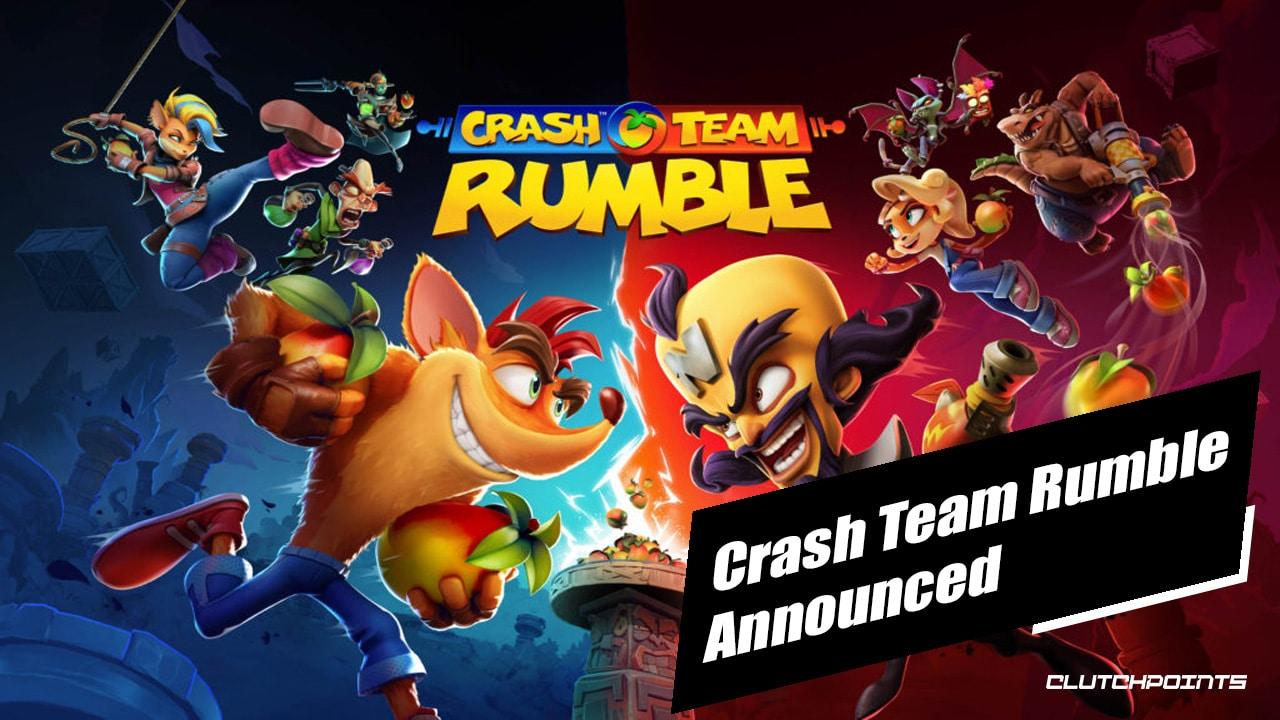 Our favorite wumpa-fruit-chasing bandicoot is back with yet another game set to be released on Playstation 4, Playstation 5, Xbox One, Xbox X|S sometime in 2023.

Crash Bandicoot literally crashed The Game Awards 2022 and tried to call in his buddies via Zoom where it ultimately failed and he just resorted to calling old-school style. Then after, plans to gather more wumpa fruit was revealed thus started the game’s trailer.

Crash Team Rumble is a 4v4 team-based competition where the iconic heroes and villains of the Crash universe battle to capture more wumpa fruit than the other to claim victory. Each hero has unique skills and abilities to strategically use to work together to battle the opposing team, defend their own wumpa bank, and capture key points around the map to help their team.

In this game, we see hoops, hills, and other obstacles to be part of the map within the playing field. A bar meter was also shown possibly to gauge the score of both teams. You will team up with 3 other players online to bank wumpa fruits into your respective hoops.

Who is going to be in this game?

So far based from the trailer released during The Game Awards 2022, characters that will be fighting for wumpa fruit are Crash, Coco, Tawn, Dingodile, and of course Dr. Cortex. Some characters like Uka-uka and Aku-aku are set to be seen on the game as well but as power-ups.

Crash Bandicoot is a video game franchise originally developed by Naughty Dog as an exclusive for the Sony Playstation. It has 4 games of its original platform genre and a few party and kart racing games. Activision (after Universal Interactive became Vivendi Games before merging with Activision in 2007) is the owner of the Crash Bandicoot IP. For Crash Team Rumble, Toys for Bob is developing the new 4v4 multiplayer game after the success of Crash Bandicoot 4: It’s About Time.

For more news about Crash Team Rumble, updates about what happened during The Game Awards 2022, the latest announcements of titles, and new release dates make sure to check CluthPoints Gaming!