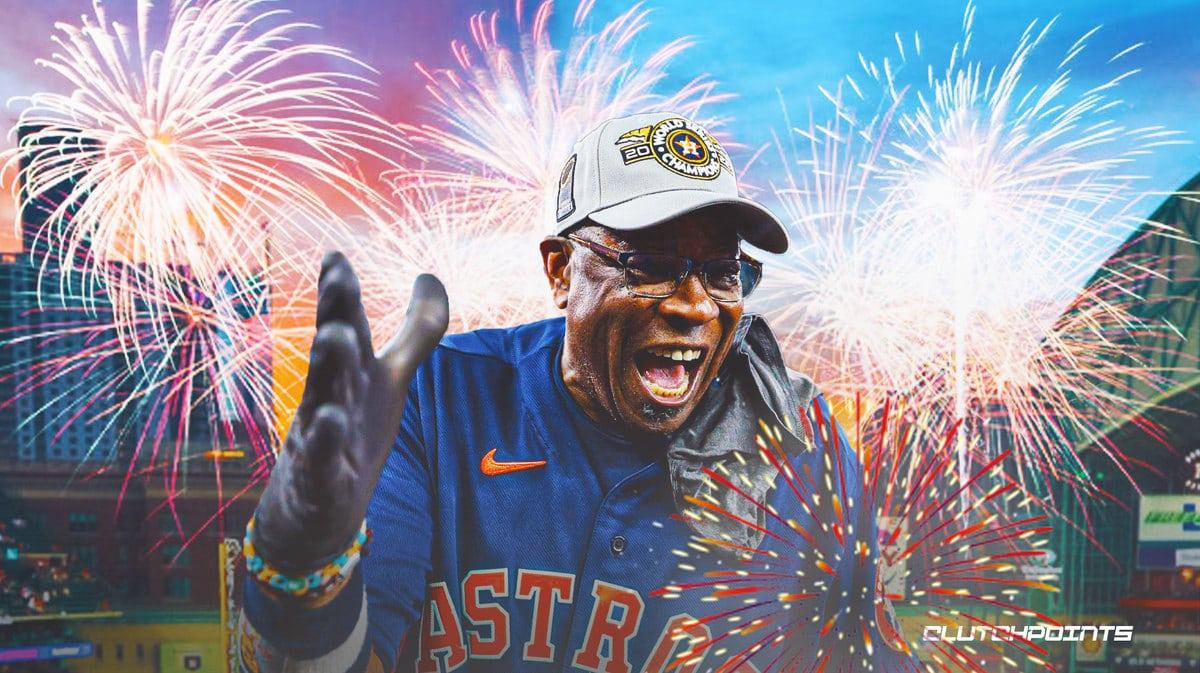 With the Houston Astros winning the 2022 World Series, Dusty Baker finally won a ring as a manager. Baker, who won the 1981 World Series as a player with the Los Angeles Dodgers, managed for nearly 30 years before winning a title, with several heartbreaks along the way. Now, he has proven that he can lead a team to the top of the mountain, and he is the feel-good story from this Astros championship.

But think back to years past, when Baker’s teams couldn’t quite get over the hump. Baker himself faced a ton of criticism for his team’s shortcomings, even when it wasn’t really his fault. Now that he has a ring, it’s about time the baseball world gives him the apology he deserves.

To tell this story, let’s go all the way back to the beginning of Dusty Baker’s managerial career. After retiring as a player in 1986, the San Francisco Giants hired Baker to be their manager before the 1993 season.

Baker proved himself as a manager with 103 wins in his first season. Unfortunately, despite owning the second-best record in baseball, the Giants missed out on the playoffs due to finishing one game behind the NL West-winning Atlanta Braves, as only division winners made the playoffs back then. Baker’s Giants did make the playoffs in 1997 and 2000, but lost in the NLDS both times.

Then in 2002, Baker finally got his first taste of postseason success. The Giants made it all the way to World Series, besting the Braves and St. Louis Cardinals along the way. In the World Series against the then-Anaheim Angels, San Francisco held a 3-2 series lead and a 5-0 lead in Game 6, only to blow that game and the series in gut-wrenching fashion.

Despite coming up just short, this postseason run should have set the groundwork for years to come. Unfortunately for Baker, Giants owner Peter Macgowan disagreed and elected not to renew his contract despite the pennant run. Though, Baker would land on his feet and find another job soon after.

The Cubs hired Dusty Baker prior to the 2003 season, and the hire immediately bore fruit for them. Under Baker’s leadership, the Cubs bested the Braves in the NLDS for their first postseason series win since the 1908 World Series. Chicago then looked poised to win the NL pennant, but then the infamous Steve Bartman incident helped allow the then-Florida Marlins to come back and win Game 6 of the NLCS. The Marlins then won Game 7 to cap off a comeback from 3-1 down.

The rest of Baker’s Chicago tenure then followed a downward trajectory. The Cubs won 89 games in 2004, one more than the year prior, but finished third in the NL Central to miss the playoffs. They then won 79 and 66 games the next two seasons, respectively, prompting Chicago to not renew Baker’s contract.

With just one postseason appearance in four seasons, Bakers’ Cubs tenure is probably the most forgettable of his career. Even with his declining results, though, another NL Central team decided to take a chance on him.

After a year away from managing, Dusty Baker accepted the Cincinnati Reds job before the 2008 season. Unlike his previous stops, the Reds needed time to show results under Baker. Once he did find his stride, though, the Reds had their best stretch in a long time.

Cincinnati made the playoffs under Baker in 2010, 2012 and 2013, winning the NL Central in the former two years. The Reds lost to the Philadelphia Phillies in a sweep in 2010, then lost in five to the Giants in 2012. They then fell to Pittsburgh Pirates in the 2013 NL Wild Card Game, prompting them to fire Baker.

While it’s easy to criticize Baker for his lack of postseason success, consider Cincinnati’s history for just a moment. Between the Reds’ 1990 World Series title and Baker’s arrival, they made the playoffs just once, and that was in 1995. Since Baker left, the Reds have only made the postseason once, and that was as the seventh seed in the expanded 2020 playoffs.

The fact that Baker took this team to the playoffs in three of four years deserves praise by itself. Unfortunately, the Reds didn’t see it that way, and they are still paying the price for it. But yet again, Baker would land on his feet with a new job.

Dusty Baker became the new manager of the Washington Nationals in 2016 after two seasons away. Once again, the Nationals found immediate success under Baker, winning 95 games, a 12-game improvement from 2015. They then won 97 games in 2017, but regular-season success was not the story of Baker’s tenure.

Despite winning the NL East handily in both seasons, Washington fell in the NLCS in five games both times. During this time, Baker drew heavy criticism, largely stemming from his 10 straight losses in closeout games. Even with the regular-season success, the Nationals decided to move on from Baker after the 2017 season.

Of course, the fact that the Nationals won the World Series just two years later didn’t exactly help cool the fire under Baker. He once again took a couple years to find another job, but the perfect opportunity arose in 2020. 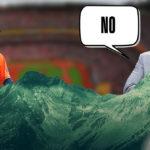 After the Astros fired AJ Hinch in the wake of the infamous cheating scandal, they hired Dusty Baker to fill the opening. Houston was a perennial contender at this time, but the cloud of the scandal hung over the team. As it turns out, Baker was the perfect man to reform the Astros’ image.

Despite finishing 29-31 in the COVID-shortened 2020 season, Houston made it all the way to Game 7 of the ALCS before falling to the Tampa Bay Rays. The Astros then came even closer to glory in 2021, losing to the Braves in six in the World Series. Questions about whether Baker could lead a team over the hump still lingered, but he would quiet the doubters the very next season.

The 2022 Astros were a wagon from start to finish, winning 106 games and the AL West with ease. They then continued to dominate in the playoffs, sweeping the Seattle Mariners and New York Yankees en route to the World Series. They matched up with the Philadelphia Phillies, and Baker finally earned his elusive ring with a six-game victory.

Now that Baker finally has that weight off his back, it’s important to acknowledge just how much he has accomplished. He is the first manager to lead five different teams to division titles and is the first African-American manager with 2,000 wins and 50 postseason wins. He also became the oldest manager to ever win the World Series this year.

Additionally, Baker has made the playoffs in 13 of the 25 seasons he has managed, including the last seven. Only a third of MLB teams made the playoffs until 2022, and even now only 40% of them do. The fact that he made it in over half of his seasons is remarkable on its own.

This postseason run has proven to the baseball world that Baker can be a championship manager. With all the criticism he has faced, he deserves a big apology from all the doubters.