Johnny Gaudreau reacts to mixture of boos, cheers in eventful return to Calgary 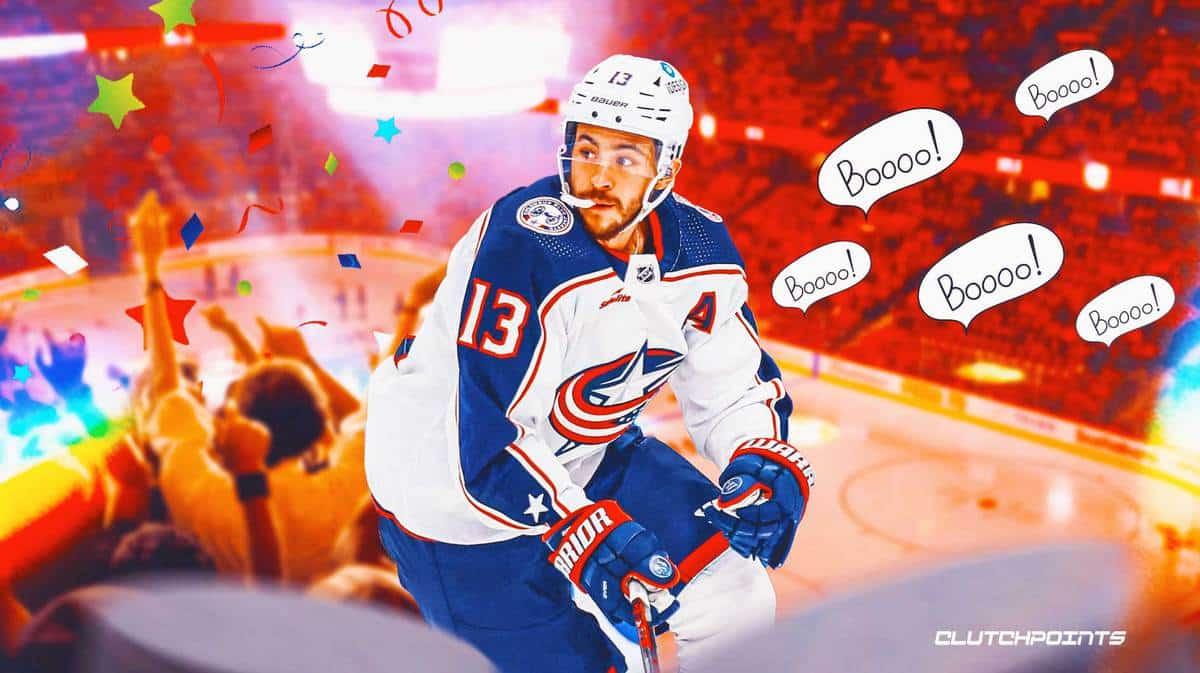 Columbus Blue Jackets winger Johnny Gaudreau reacted to a mixture of boos and cheers from the Calgary Flames crowd during his return to Calgary, ESPN NHL reporter Ryan S. Clark wrote in a Tuesday article.

“For the most part, it felt nice to see everyone standing up and clapping their hands and cheering for me,” Gaudreau said. “And then five seconds after, start their booing again. It’s what I expected coming here. It’s a great fan base, and they’re passionate fans. I loved it. It was a special night for me.”

Johnny Gaudreau spent nine years with the Calgary Flames before signing a seven-year, $68.25 million contract with the Blue Jackets in July. He scored 210 goals and earned 399 assists in 602 games played for the Flames since he was drafted with the 104th overall pick in the 2011 NHL entry draft out of Boston College.

“I’ve always wanted to play a little bit closer,” the 5-foot-9-inch winger told the NHL on his decision to sign. “The east, I grew up here, not in Columbus but on the East Coast.

“It’s somewhere I always wanted to play. I was in Calgary for 8-12 years from when I got drafted to when I started playing. I always dreamed about playing a tad closer to home.”

The Flames ended up taking a narrow 4-3 victory over the Blue Jackets in Scotiabank Saddledome, hitting Columbus with 24 more shots on goal and three goals to start the first two periods. Johnny Gaudreau earned two assists against his former team while taking five shots on goal against a former teammate in goaltender Daniel Vladar, who earned an 88% save percentage in just under 62.5 minutes played. An goal from center Dillon Dube ultimately sealed the win for the Flames.

The Blue Jackets will take on the Edmonton Oilers at 9:30 p.m. EST on Wednesday in Rogers Place. The game will be broadcasted on TNT, and Sportsnet 360.