Here are some of our favorites from Play’s best games of 2022.

Join forces with up to two friends and compete with other mobile players. Combine each Legend’s unique skills to master team roles, synergize plays, and dominate the Apex Games.”

Initially released earlier May as a way of making the popular battle royale available to mobile devices, Apex Legends Mobile has since garnered over 10 million downloads on the Google Play Store. Over 713k reviews average out to 4.1 stars, and while it’s not a reliable metric, it’s also quite up there compared to other games of its genre.

Staying true to the console and PC versions of the game while offering exclusive features and even Legends, Apex Legends Mobile quickly became one of the most popular battle royales on the Play Store over its short stay.

“Fight alongside heroes with godlike powers in this stylish, urban mythological RPG. Feel the beat and experience this visually stunning world.

‘No one knows where these portal-like sites called miracles come from. They appeared out of nowhere and turned the world upside down.'”

Despite not being one of its main selling points, the myth-based RPG that released in May this year made it as one of Google Play’s Best Multiplayer titles. In the game, the units you collect and play as are urbanized versions of different mythological figures. The title for best multiplayer is for its couple of game modes where you can cooperate with other players, but Dislyte also features a great soundtrack combined with a distinct art style you’ll fall in love with.

Global scale MMORPG where players all over the world fight for their glories.

Part of one of the longest running MMORPG franchises ever, NCSoft’s Lineage W also makes it the list as Best Multiplayer. Lineage W is the fifth major installment in the Lineage series and was initially released November of last year. It spans multiple platforms, including the Nintendo Switch, PlayStation, iOS, and PC.

“The classic MU is back! Come and dive right back into the fantasy world of MU and embark on an epic journey full of peril and challenges. Soar across the skies with mystical wings, dive into the ocean’s deepest depths, and charge across fields on fearsome mounts. Unleash destructive skills to smite your foes and experience the thrill of fast-paced combat. Here in the land of MU, anyone can live out their ideal fantasy.”

Another MMORPG makes it to the list: MU ORIGIN 3. This medieval fantasy also spans multiple decades and multiple games, but MU ORIGIN 3 dominates the Play Store as one of the top games in its genre.

Genshin Impact from HoYoverse needs no introduction. Since its initial release in 2020, it has constantly proven itself as one of the best live service games. Complete with alluring characters, breathtaking visuals, masterpiece-worthy soundtrack, and an edge-of-your-seat storyline, Genshin feels… complete. It feels whole, and more. The fact that it’s available on a plethora of platforms and allows crossplay between said platforms is only a facet that helps add more and more players onto its servers every day.

“Roblox is the ultimate virtual universe that lets you create, share experiences with friends, and be anything you can imagine. Join millions of people and discover an infinite variety of immersive experiences created by a global community!

In the mood for an epic adventure? Want to compete against rivals worldwide? Or do you just want to hang out and chat with your friends online? A growing library of experiences created by the community means there’s always something new and exciting for you every day.”

“Embark together on your fantasy adventure!

Set hundreds of years in the future on the distant planet of Aida, the shared open-world MMORPG, anime-infused sci-fi adventure Tower of Fantasy from developer Hotta Studio and publisher Level Infinite, is now available on PC and mobile platforms globally. Players will be able to experience an anime-inspired post-apocalyptic sci-fi art style, freeform character development, and exciting combat through thrilling battles and exciting open-world exploration.

In Tower of Fantasy, dwindling resources and a lack of energy have forced mankind to leave earth and migrate to Aida, a lush and habitable alien world. There, they observed the comet Mara and discovered an unknown but powerful energy called “Omnium” contained in it. They built the Omnium Tower to capture Mara, but due to the influence of Omnium radiation, a catastrophic disaster occurred on their new homeworld.”

Hotta Studio’s Tower of Fantasy only launched worldwide in August 2022, but it has already made massive waves. In the Google Play Store alone, it has garnered over 5 million downloads. It’s available on both PC and iOS too, so this number is simply a fraction of the real attention ToF got from gamers.

“NieR Re[in]carnation is the first mobile entry in the NieR series, continuing the aesthetics of the NieR console games. The Creative Director Yoko Taro helms the team, which consists of developers behind previous entries in the NieR series. Together they present an all-new story of the highest caliber. Welcome to the mysterious world of The Cage, where you will witness a true feast for your senses. Enjoy the console-quality gaming while immersing yourself in the dark story and gorgeous 3D battles. A journey of despair and hope is about to unfurl…” 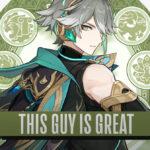 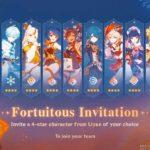 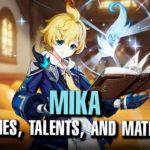 “A grand journey awaits you upon arriving in another world via the virtual reality game Soul Divers.

Experience the epic that unfolds in Ni no Kuni: Cross Worlds, where endless adventures await.

An open world indistinguishable from an animated film.
Beautiful graphics rendered in the Unreal 4 Engine.
Catch every carefully-crafted expression and action in this breathtaking world!

Who would you like to become in Ni no Kuni: Cross Worlds?”

“A kingdom created through music faces an uncertain future after a monster called ‘The Ancestor’ plagues the land with a destructive ‘Hollow Rain’. This dangerous rain causes anyone it touches to ‘bloom’, turning into a flurry of white flower petals and ultimately vanishing from existence.

DEEMO II follows Echo, a girl who has bloomed but mysteriously re-appeared, and Deemo, an enigmatic station Guardian, as they journey through this rain-soaked world in hopes of finding a way to save it.”

“One Hand Clapping is a relaxing, inspiring puzzle platformer that focuses on vocal input to progress through its vibrant world. Build confidence in your voice as you utilize melody, rhythm, and harmony as your tools. Take your time. You have nothing to lose and won’t get punished for making a mistake.

Meet loveable characters who will assist you and cheer you on and inspire self-expression without being pushy. You don’t have to be a vocalist prodigy to enjoy One Hand Clapping. Just conquer your doubts, battle the silence, and sing your song.”