J.J. Redick takes his podcast from The Vertical to Uninterrupted

Adrian Wojnarowski and NBA Insider Bobby Marks aren’t the only ones that have left Yahoo!’s The Vertical for greener pastures, as newly-signed Philadelphia 76ers marksman J.J. Redick has taken his podcast to Uninterrupted.

The latter has become one of the most popular channels for athletes to express themselves, along with The Players’ Tribune, often hosting the likes of LeBron James, Draymond Green, Rob Gronkowski, Serena Williams, Lindsey Vonn, and Michelle Waterson, to name a few.

Redick’s pod, fittingly named The Chronicles of Redick after the popular film, has been one of the most entertaining player-podcasts in all sports — tackling more than just hoop, but politics, fatherhood, music, gaming, and even food. 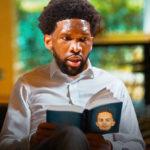 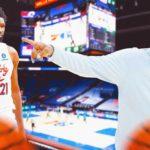 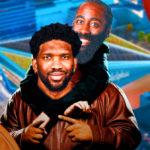 Redick has been known to be one of the most insightful minds in The Association, with often sharp and wit-filled commentary in all sorts of opinions from on and off the court.

The 6-foot-4 sharpshooter will join other podcasts like ‘Road Trippin’ and ‘Dray Day’ as some of the most popular from the website within NBA circles.