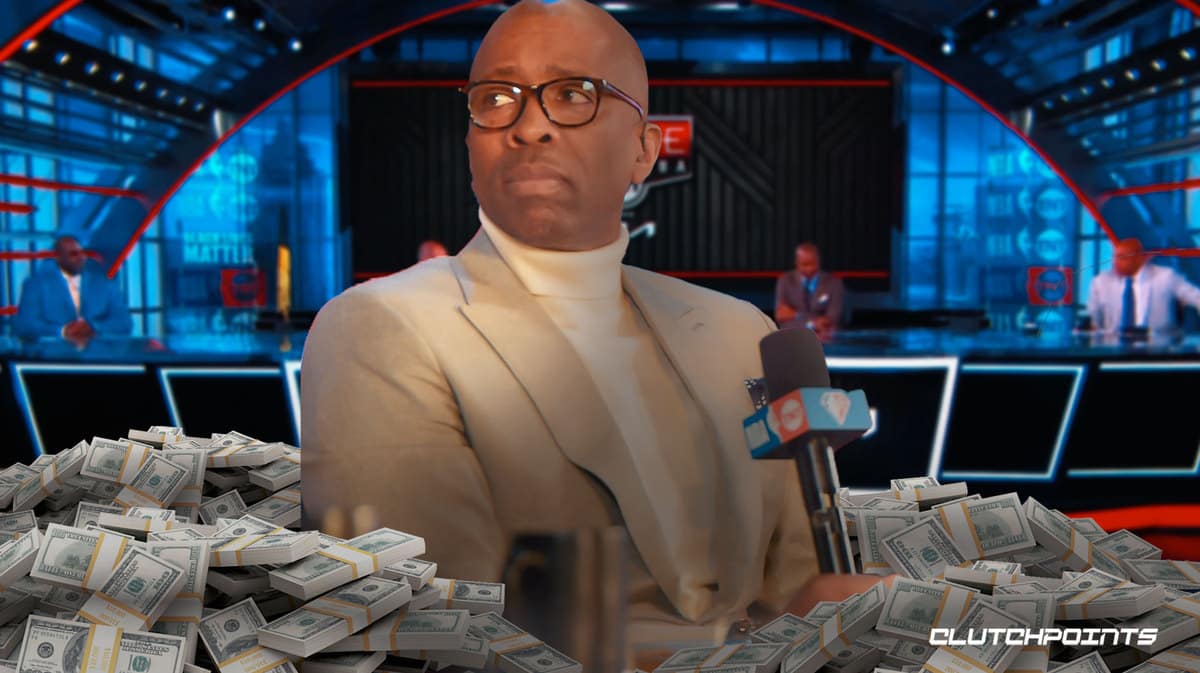 Kenny Smith was a former professional basketball player for multiple teams in the NBA. Currently, he works as a basketball commentator and sports analyst for the Emmy-award-winning Inside the NBA on TNT. During his playing career, he was one of the most decent scorers and shooters as he helped the Houston Rockets win back-to-back NBA championships in 1994 and 1995. He then transitioned smoothly as a sports commentator and analyst where most of the basketball fans today recognize him. In this article, however, we will be talking about Kenny Smith’s net worth in 2022. 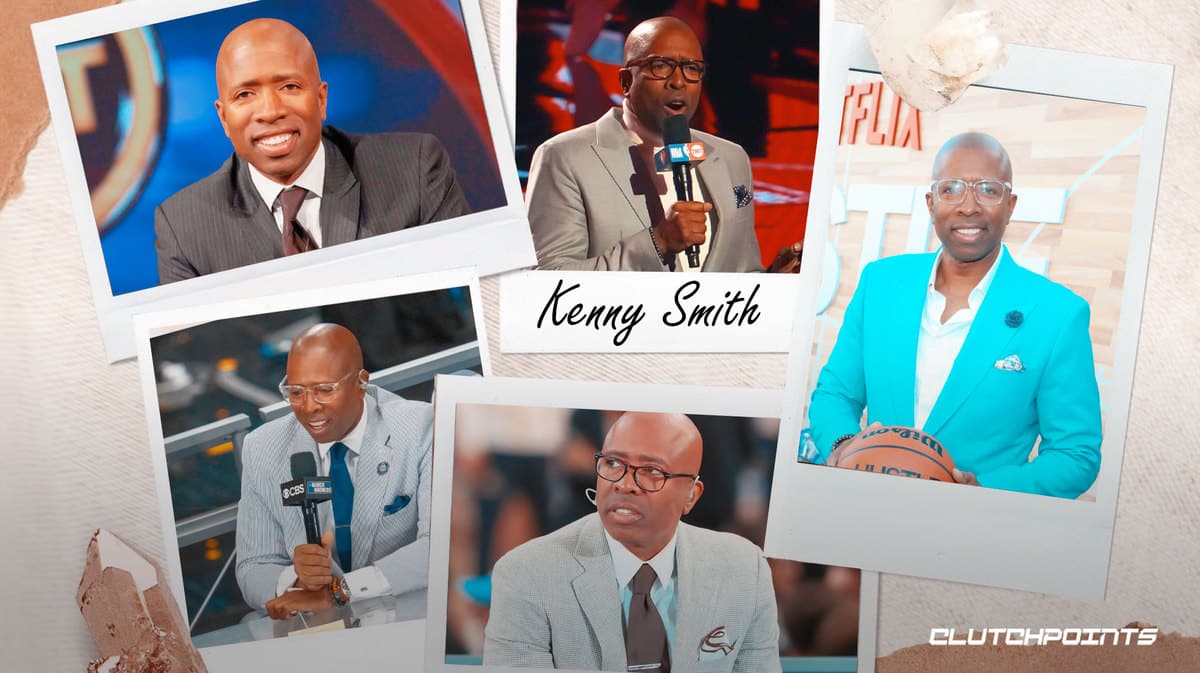 Kenny Smith’s net worth in 2022 is estimated to be $20 million. This is agreed upon by multiple reputable sources such as Celebrity Net Worth.

Let us now learn more about the early life of the two-time NBA champion and how he managed to transition well to the media side of sports.

Kenneth Smith was born on March 8, 1965, in Queens, New York City, and grew up in the LeFrak City neighborhood. One of his earliest experiences in basketball was playing at New York’s Riverside Church. He then attended Archbishop Molloy High School where he was coached by the high school coach with the most wins in New York City and the state of New York, Jack Curran. He was also named a McDonald’s All-American in 1983.

For his collegiate basketball career, Kenny Smith joined the University of North Carolina to play for legendary coach Dean Smith. In his rookie season, he joined Michael Jordan and the UNC Tar Heels which was ranked No. 1 in the pre-season.

They finished the 1983-1984 season with a 28-3 record as they qualified and advanced to the Regional Semifinals of the 1984 NCAA Tournament. Unfortunately, they fell to Indiana in that game. As for Smith, he averaged 9.1 points and 5 assists per game in his freshman year.

In his four years with the Tar Heels, he led the school to the Elite Eight twice. Smith averaged 12.9 points and 6 assists per game while shooting 51.2% from the field and 82% from the free throw line throughout his UNC career. He also helped North Carolina to a record of 115 wins and 22 losses during his stay. UNC never finished lower than 8th in the national polls during his stay there.

Kenny Smith also represented the United States during the 1986 FIBA World Championships. He was included in the team that had the likes of Muggsy Bogues, Steve Kerr, and David Robinson. Smith was 2nd on the team in scoring with 14.7 points per game and he scored 23 points to lead the US team to an 87-85 victory over the Soviet Union in the gold medal game.

In the 1987 NBA Draft, Kenny Smith was selected with the 6th overall pick by the Sacramento Kings. He started his NBA career playing for Hall of Famer Bill Russell who has the coach of the Kings at that time. In his rookie season, Smith averaged 13.8 points, 7.1 assists, and 1.5 steals per game. He was then named to the 1988 NBA All-Rookie First Team. This, obviously, would go on to help Kenny Smith’s net worth in 2022.

He was a starter during his time with the Kings. However, he was traded to the Atlanta Hawks midway through the 1989-1990 season where he became the back-up of Doc Rivers. He played in 33 games with the Hawks but only started in 5 of those contests.

Prior to the 1990-1991 season, Kenny Smith was traded to the Houston Rockets. He became a full-time starter once again and he averaged 17.7 points and led the team in assists with 7.1 assists per game that year. He helped the Rockets finish with a 52-30 record, the best in franchise history at that time. However, they were swept by the Los Angeles Lakers in the first round of the playoffs.

The following year, the Houston Rockets failed to qualify for the playoffs. They bounced back in the 1992-1993 season as they finished with a 55-27 record, but they lost to the Seattle Supersonics in the second round in seven games.

In the 1993-1994 and 1994-1995 seasons, Kenny Smith led the team at the point guard position as he helped the Houston Rockets win back-to-back NBA championships. During this time, he averaged 11 points and 4.1 assists per game for the NBA champions. In the first game of the 1995 NBA Finals, Kenny Smith set the then-record for most three-pointers in the finals with 7.

Unfortunately, for Kenny Smith, he gradually lost playing time to the younger Sam Cassell. Despite that, he continued to be the starting point guard for the Rockets during the 1995-1996 season. However, he was released by the team following that year.

In the 1996-1997 season, Kenny Smith played for three teams. He started the year with the Detroit Pistons where he played for 9 games before being waived and picked up by the Orlando Magic. He played 6 games for Orlando before being dropped. He then signed with the Denver Nuggets where he would finish his NBA career.

In 1998, he joined Turner Sports as a studio analyst for the regular season and playoffs of the NBA. He also joined Ernie Johnson as the full-time host for Inside the NBA in the same year. Charles Barkley then joined the squad in 2000 and he added flavor due to his bold and controversial takes on air.

Inside the NBA has had a lot of guest analysts in the past such as Magic Johnson, Reggie Miller, and Chris Webber. Currently, though, their mainstay lineup consists of Ernie Johnson, Charles Barkley, Shaquille O’Neal, and Kenny Smith. The trio, sans Charles Barkley, lends their likeness and their voice to NBA 2K within the game’s half-time show.

As for Kenny Smith, he occasionally appears as an analyst for NBA TV, as well as being a commentator for MSG Network for their broadcast of New York Knicks games. Smith also works as an analyst for CBS/Turner during the NCAA Men’s Division I Basketball Tournament.

It is safe to say that Kenny Smith did well on and off the court. He had a relatively successful playing career that spawned two NBA championships. And, right now, he is one of the most familiar faces in the NBA media world because of his work on Inside the NBA.

With all of that being said, were you surprised about Kenny Smith’s net worth in 2022? 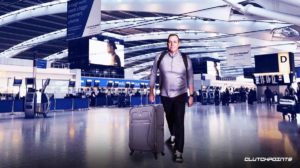