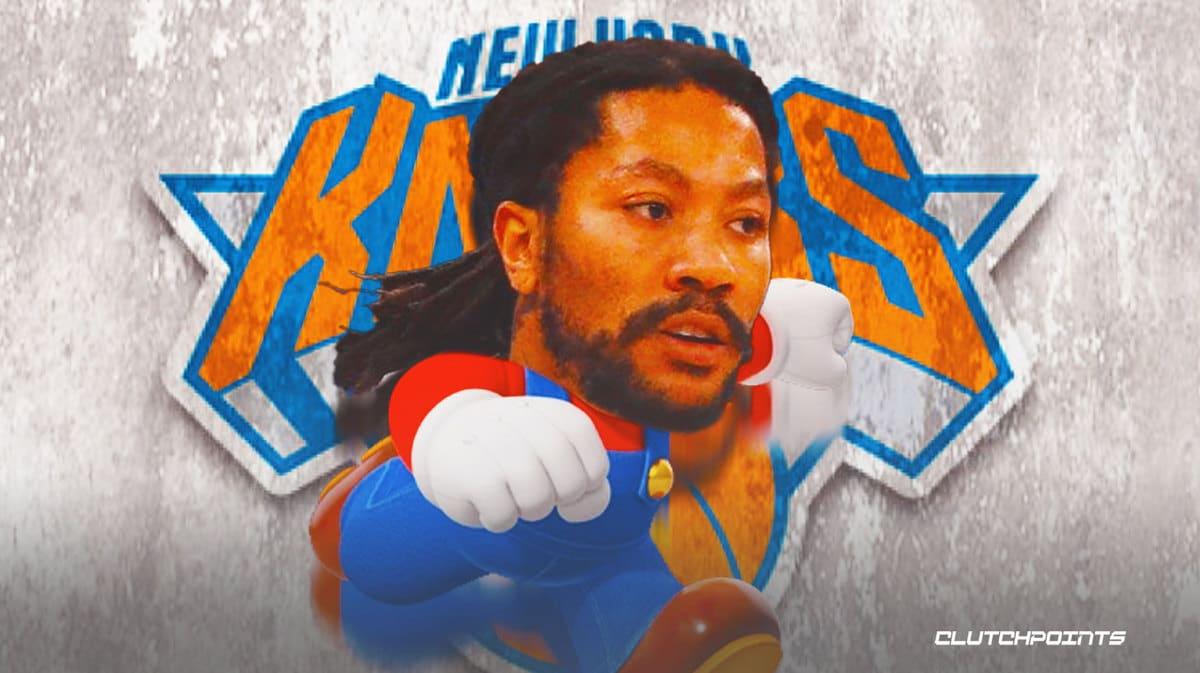 When the name Derrick Rose pops up, one question immediately comes to the mind of NBA fans: ‘Is he healthy?’ That is the unfortunate reality for the New York Knicks guard since his career-altering ACL injury in the 2012 playoffs back with the Chicago Bulls. Rose missed a significant number of games last season yet again, suiting up for only 26 games (four starts) amid nagging ankle problems, but it appears he is ready to give the Knicks a huge boost after playing well during the Knicks’ short-lived playoff run in 2021.

Derrick Rose appeared in front of reporters during the Knicks’ media day with no shirt on, clearly proud of the work he’s put in during the offseason. He then revealed that he had lost around 20 pounds after being challenged by longtime coach Tom Thibodeau to do so.

We have our first #musclewatch of Knicks media day. Derrick Rose lost more than 20 pounds. He came into the press room shirtless and is doing his interview with his shirt off to show it off. I am not gonna tweet a pic because that’s creepy.

Derrick Rose comes to Media Day with no shirt off. He took the challenge from Thibodeau to drop weight personally pic.twitter.com/EGaXw7t4Dv

But still the question remains: is Rose healthy? While he won’t be able to recover to the heights his career once seemed destined to reach, Rose, when healthy, is a proven bucket-getter, improving his shot creation from the perimeter as his athleticism has waned. And for now, it appears as if Rose is “100 percent healthy”, which is a good sign for the Knicks’ depth.

In limited appearances last season, Derrick Rose averaged 12 points, 3 rebounds, and 4 assists in 24.5 minutes a night, shooting a torrid 40.2 percent from beyond the arc on 3.5 attempts per game. Rose showed in the Knicks’ 2021 postseason tilt against the Atlanta Hawks that he still has a lot left in the tank after averaging 19.4 points per game, helping shoulder the offensive load with former All-Star Julius Randle struggling from the field.

The Knicks will have room for Derrick Rose’s contributions in the backcourt despite the presence of $104 million man Jalen Brunson. Rose, now 33, has seen it all in his NBA career, and the experience of the team’s elder statesman will be invaluable to a Knicks team with an average age of 24.9. Rose has had enough bad luck for two full careers, and hopefully for him and the Knicks, his fortunes turn around and he remains healthy next season for a team in desperate need of his contributions as they aim to return to the postseason dance.