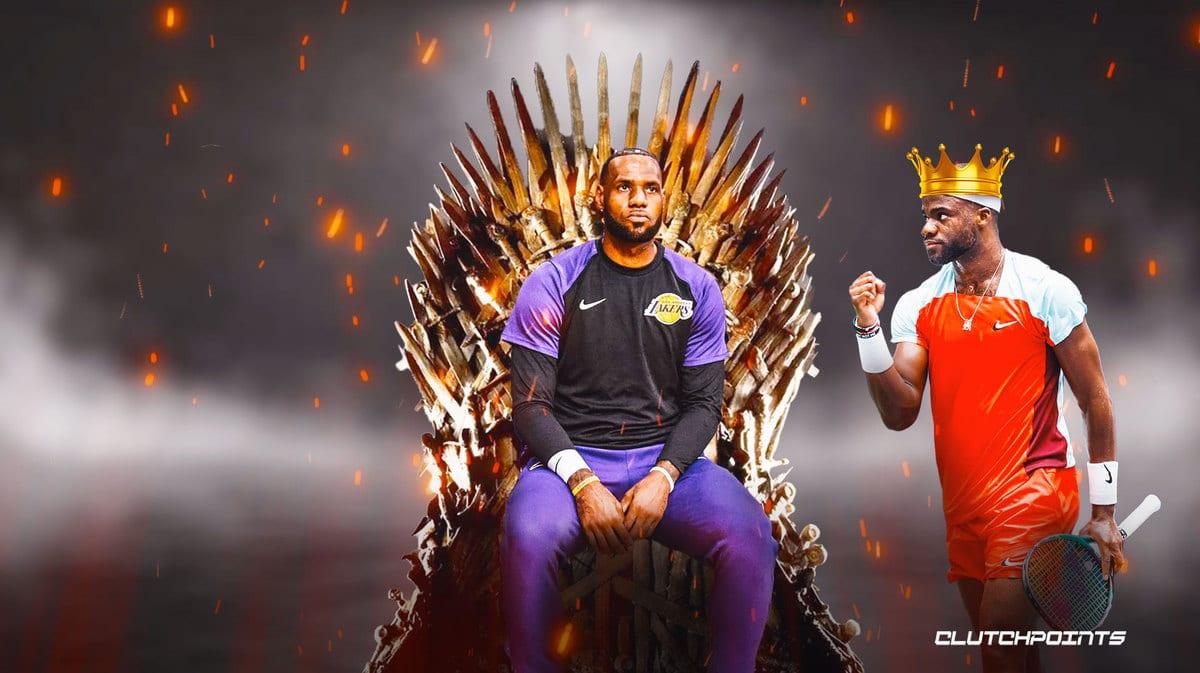 World no. 26 Frances Tiafoe stunned 22-time Grand Slam champion Rafael Nadal at the US Open, besting him in four sets to advance to the quarterfinals. Immediately after the match, Tiafoe shouted out one of his favorite NBA players, Washington Wizards All-Star Bradley Beal, who was at the US Open supporting him. However, arguably the best player in the NBA, Los Angeles Lakers superstar LeBron James, was also watching the Tiafoe-Nadal match closely.

The King took to Twitter after Tiafoe’s shocking upset of Nadal, delivering this epic message.

Lakers star LeBron James was clearly excited for Frances Tiafoe, offering him a “Congrats” in all capital letters on his US Open win over Rafael Nadal. James referred to Tiafoe as a “Young King.”

In his message to the young tennis player, the Lakers star finished up with a very clear US Open task for Frances Tiafoe: “Keep going.” The Maryland native will face world no. 11 Andrey Rublev, who he has faced twice, winning one of the matchups. Given the way Tiafoe is playing, there’s a good chance he can heed the Lakers star’s request.

It’s not the first time that James has made his presence felt in the tennis world, as The King shared a special message for Serena Williams following the final match of her career on Friday night. It’s clear that LeBron James is an active tennis fan.

What’s also clear is that “Young King” Frances Tiafoe has the full attention of The King, LeBron James. That has to be motivating for the rising tennis star as he strives to continue his US Open run.