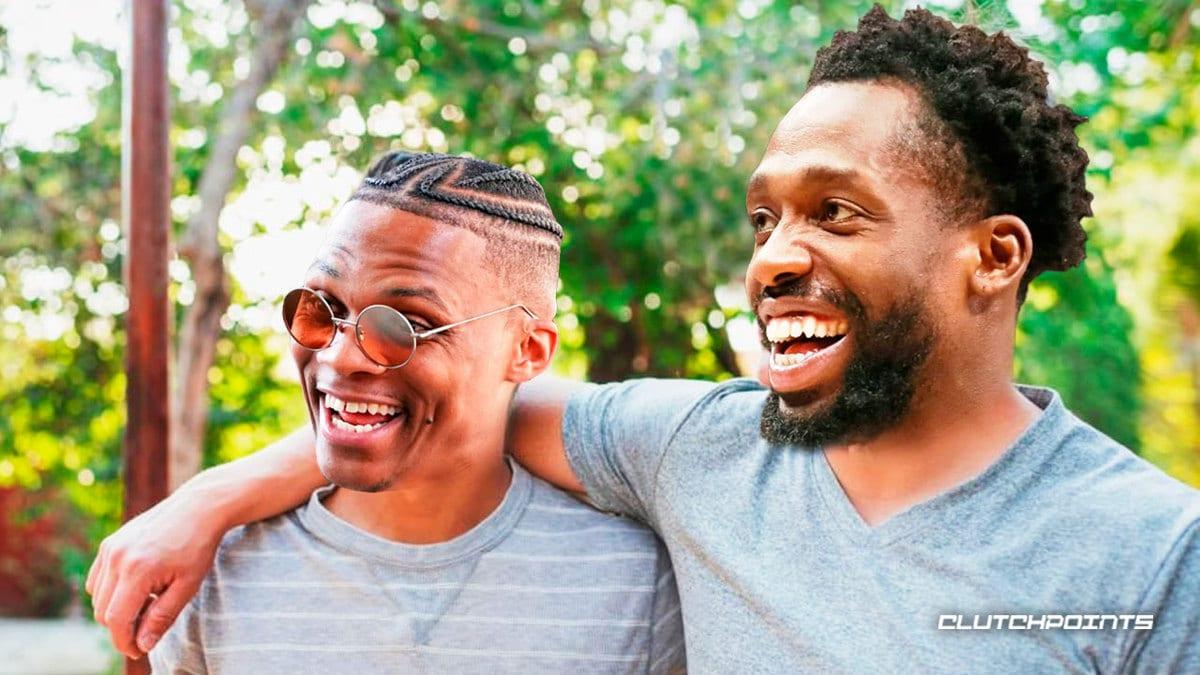 Patrick Beverley and Russell Westbrook can’t stand each other. There’s just no way these two can get along now that they’re on the same team with the Los Angeles Lakers. Right? Well, it seems like this might not actually be the case.

Beverley spoke to the press on Monday following a practice session with his new teammates. He was sweating during the interview and Russ took notice. In a rather heartwarming gesture, Westbrook decided to toss a towel to his ex-nemesis-turned-new-teammate — something that Beverley clearly appreciated.

"Thank you. Love that brotha. First dime of the year."

Patrick Beverley was sweating during his press conference, so Lakers teammate Russell Westbrook tossed him a towel 🤣

You love to see it. After all, this is one of the first public interactions between Beverley and Westbrook, and it could not have been more endearing. That’s a thoughtful gesture from Russ, and the fact that these two have one of the most highly publicized personal rivalries in the history of the NBA (or at least they used to) adds more weight to this seemingly innocent act.

For his part, Beverley even joked that this was the “first dime of the year” he received from Westbrook, seemingly pointing to the notion that there’s going to be a lot more where that came from once the new season arrives. Could the Lakers actually operate with a Beverley and Westbrook backcourt in 2022-23? After all, this is a prospect that they seem to be adamant about.

The pair were even photographed sharing a laugh during practice:

Russ and Pat Bev are all smiles 😁

After Beverley’s interview, he approached Russ and the two new teammates dapped it up:

To be honest, though, it still feels like a Russell Westbrook trade is imminent. As soon as the Lakers find the right deal for the former league MVP, I just don’t see them passing up such an opportunity.