Shaquille O’Neal recently came across a rather controversial all-time ranking of Los Angeles Lakers legends. As it turns out, Shaq was abhorred by the fact that that he was placed in the second tier alongside LeBron James.

Shaq quickly took to Instagram to express his disagreement with what he believes to be a huge piece of slander: 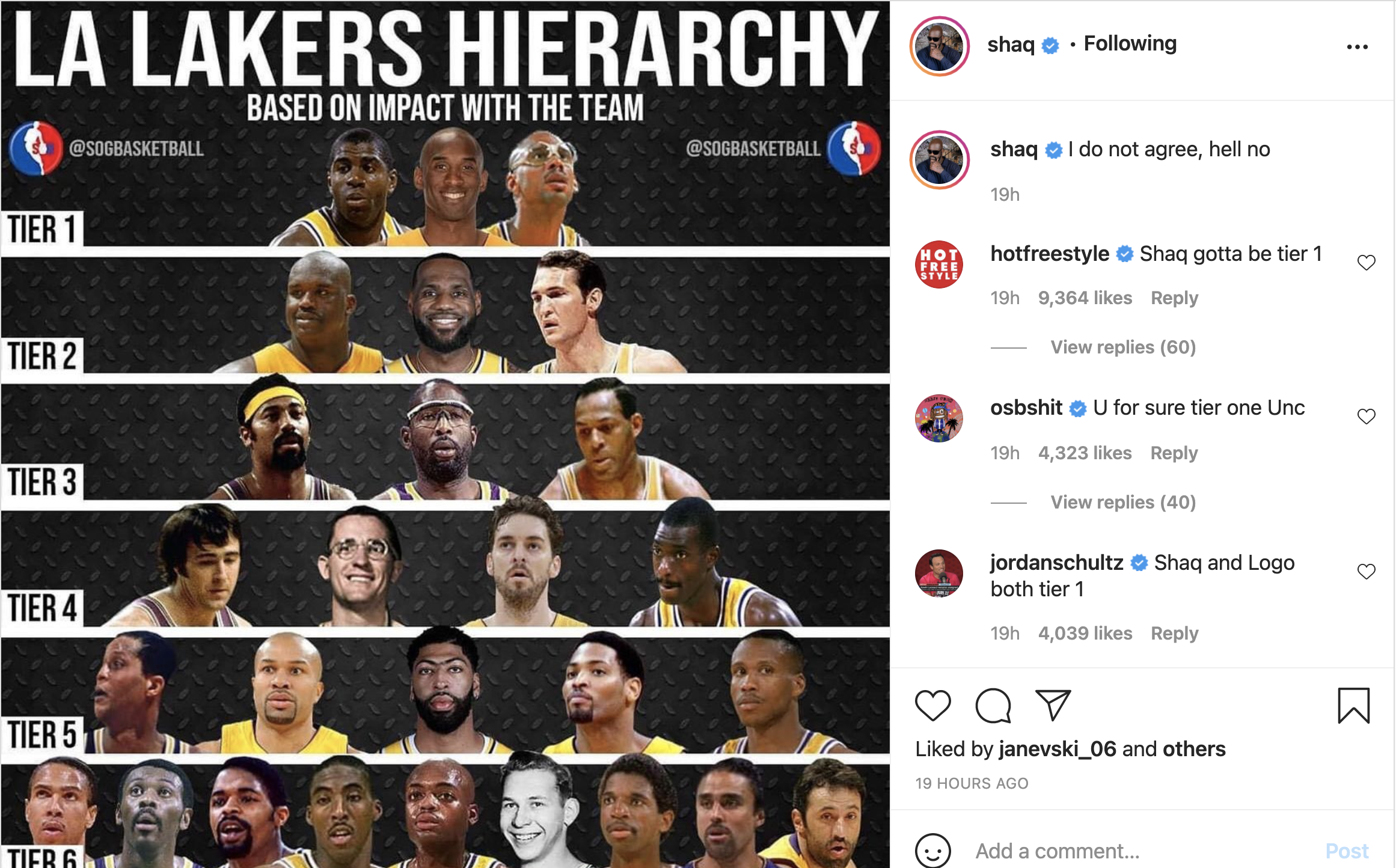 These all-time lists are always controversial. They always seem to evoke some sort of reaction from fans — and in cases such as this, even from the players themselves.

Clearly, Shaq believes that he is a Tier 1 guy for the Lakers. He isn’t too happy about playing second fiddle and he made sure to make his feelings known about the travesty.

For what it’s worth, Shaq played eight seasons in LA before controversially parting ways with the team to join the Miami Heat. During his time with the Lakers, he dominated the league — alongside Kobe Bryant — en route to three consecutive NBA titles. This juncture remains to be one of the most successful eras in Lakers history, and O’Neal was at the very center (literally) of it.

At the end of the day, these all-time lists are totally biased. There’s no way to unequivocally determine a ranking or tiering of the best players for any team — it’s always going to come down to personal bias. While most may have Shaq as a Tier 1 Lakers guy, the folks over at SOG Basketball clearly think otherwise.

Devin Booker wants to find the ‘Suns in 4’ fight guy

MARVEL’s Guardians of the Galaxy Revealed, Release Date on October

Novak Djokovic’s net worth in 2021