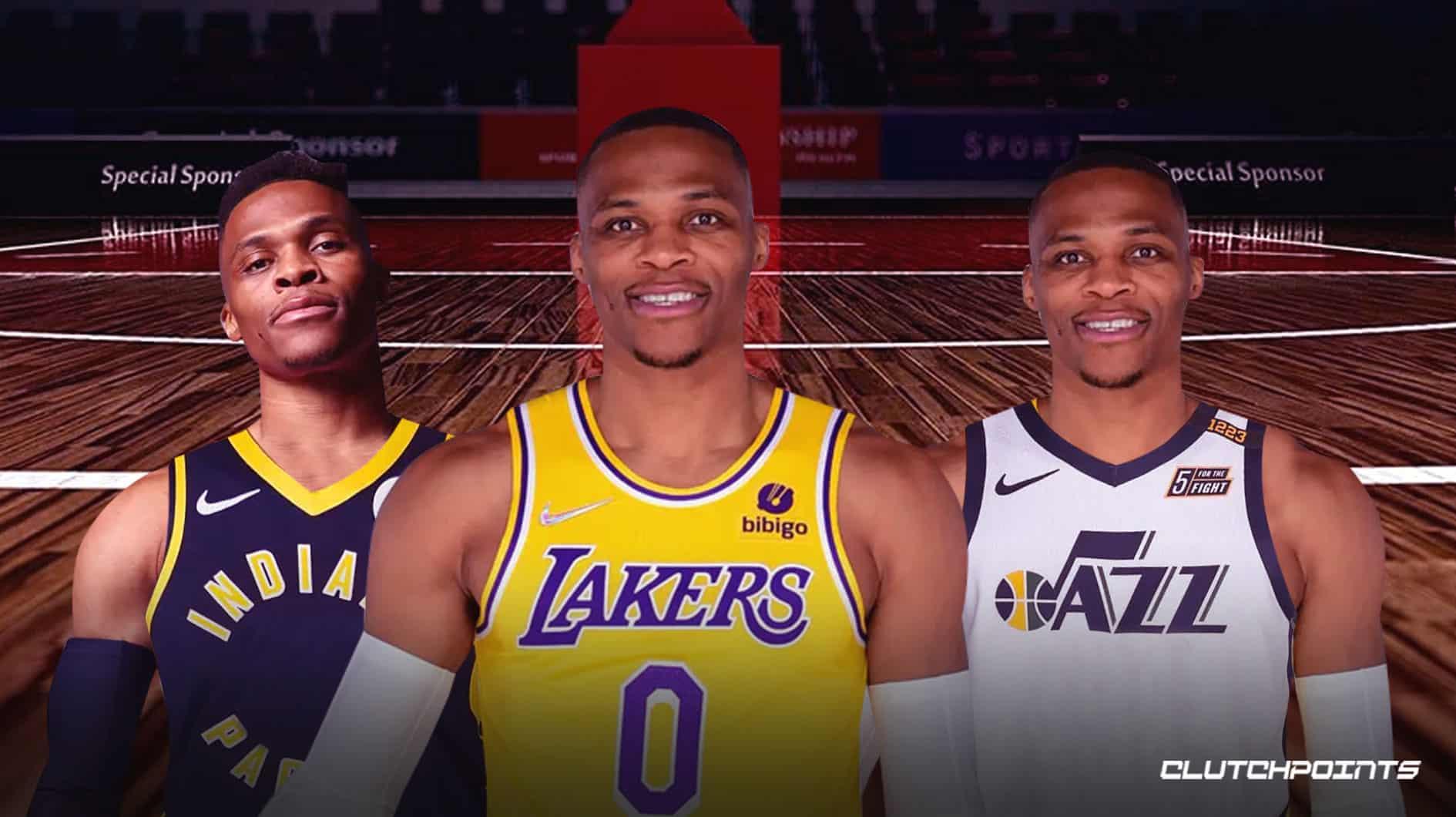 After a disappointing season donning the colors of purple and gold, Russell Westbrook has been the subject of every trade rumor, with the Los Angeles Lakers seemingly in desperation to unload Westbrook’s expiring deal. After acquiring Patrick Beverley from the Utah Jazz, there appears to be more fuel to the flame regarding a Westbrook deal, knowing that the two don’t necessarily get along on and off the court. Will a trade materialize soon, especially after it has been reported that the only hold-up on a Westbrook trade to the Indiana Pacers was the Lakers’ reluctance to include two first-round picks?

According to Lakers beat writer Jovan Buha, the Jazz may be a more likely destination for Westbrook than the Pacers.

“I think Utah is, from what I’ve been told, more likely [to absorb Westbrook’s contract] than Indiana,” Buha said on a podcast with HoopsHype’s Michael Scotto.

The Lakers are still unwilling to part with their limited draft capital, Buha added, but if Kyrie Irving was on the table, they would have been more than willing to add that second first-round pick on the table. Buha predicted that the Lakers would have greater urgency on the Westbrook trade front as training camp nears.

“I think the Lakers can play hardball, but I feel like, at some point, you’ve got to decide whether they want to bring him into training camp with all the potential distractions and the fit issues we saw last season,” Buha said. “Or, enter with a blank slate and bring in Turner and Hield or Bogdanovic and something else with new vibes and energy and guys who fit better.”

Russell Westbrook’s contract costs $47,063,478, making him the highest-paid Lakers player, even ahead of LeBron James. Clearly, on the downturn of his career, Westbrook is now seen as a negative asset, which could reward rebuilding teams such as the Jazz or Pacers with draft pick compensation for taking him on. The only question is whether the Lakers can stomach giving up multiple draft picks down the line just to rid themselves of the 2016-17 NBA Most Valuable Player.