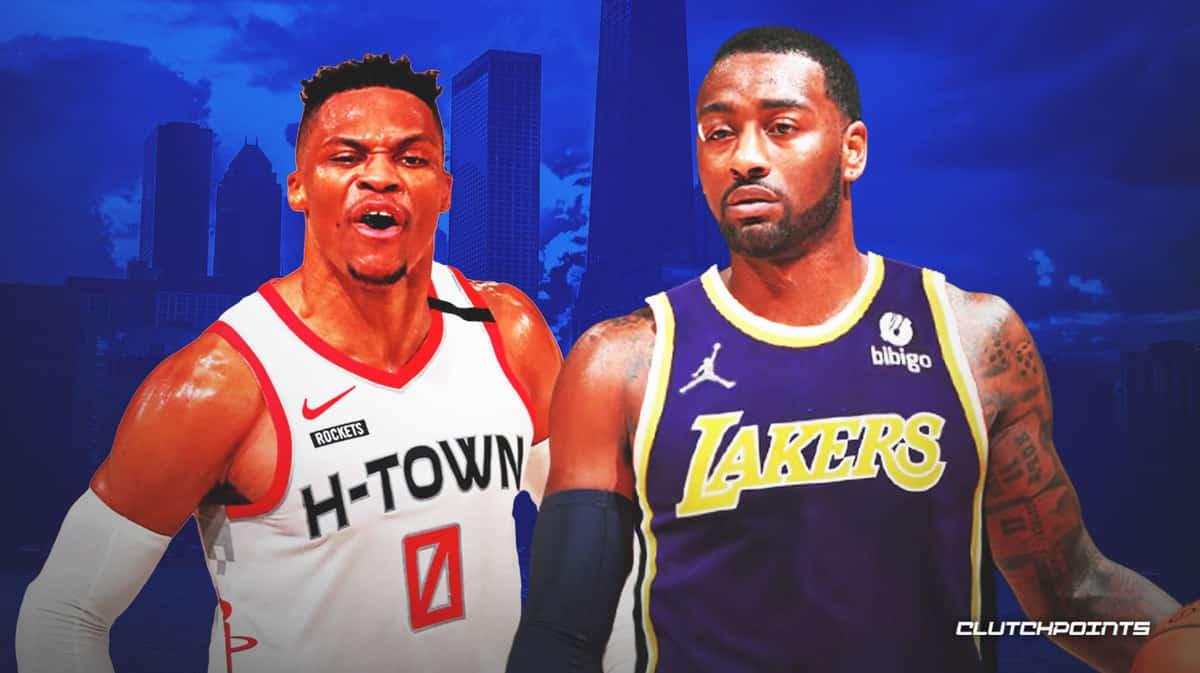 It wasn’t too long ago that Houston Rockets former All-Star point guard John Wall was linked to the Los Angeles Lakers in a potential swap for Russell Westbrook. This was during the February trade deadline as both teams were looking to make some major changes on their roster.

As it turns out, however, trade talks never really progressed significantly between the Lakers and the Rockets. According to Jake Fischer of Bleacher Report, neither team was willing to give in to the other side’s demands:

That impasse prompted the Rockets to inquire about a trade deadline swap for Russell Westbrook, with the belief that Westbrook would be more amenable to negotiating a buyout. But those February conversations between Houston and the Los Angeles Lakers never gained serious traction, sources told B/R. The Rockets sought a future Lakers first-rounder, which was a non-starter for L.A.’s front office. It still seems unlikely that such a deal framework will ever cross the finish line.

True enough, both the Lakers and the Rockets are still stuck with Westbrook and Wall, respectively — two former All-Stars that are now in the twilight of their respective careers. Both point guards also happen to have gargantuan deals attached to their name.

So, are these two teams willing to revisit a possible swap this summer? According to Fischer’s sources, the odds of Westbrook heading back to Houston in exchange for Wall aren’t looking very good right now:

From conversations with league figures familiar with those talks, neither front office appears to truly value the opposing player. And if the 31-year-old Wall picks up his $47.4 million player option for 2022-23 as expected, it could be even more challenging for Houston to shed him than for the Lakers to move Westbrook’s expiring contract.