The Los Angeles Lakers fired Frank Vogel because he failed to make the Russell Westbrook experiment work. But on the other side of that, many are questioning why the team still hasn’t moved on from the All-Star guard despite his presence clearly not helping the team.

Apparently, Darvin Ham is the reason for that.

According to The Athletic, Ham has “convinced Lakers officials during the interview process that he had the personality and presence necessary to salvage this situation and is seen by his new bosses as a possible game-changer here.” Put simply, the new LA tactician is confident he can do a better job than Vogel in utilizing Westbrook to the best of his abilities.

Of course that is a huge challenge that is easier said than done, though in recent weeks, Darvin Ham has echoed the tune that he could make the Lakers thrive with Russell Westbrook.

Ham has talked about getting Russ to sacrifice before, and more recently, he shared how pleased he is to see the veteran triple-double machine buying into the team. The Lakers coach also highlighted that he and Russ are communicating really well, which is a positive sign for the franchise.

“Everything has been clear and up front between him and I. He’s been a pleasure. … He’s been that since Day 1. … The communication has been great both ways. … I can wait to succeed with him,” Ham revealed.

If Ham can really make Westbrook a positive asset for the Lakers, then that will surely make them title contenders. But until we see them play in the season, the LA faithful should definitely temper their expectations. 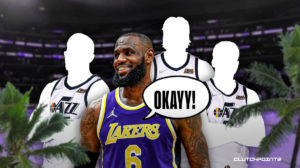