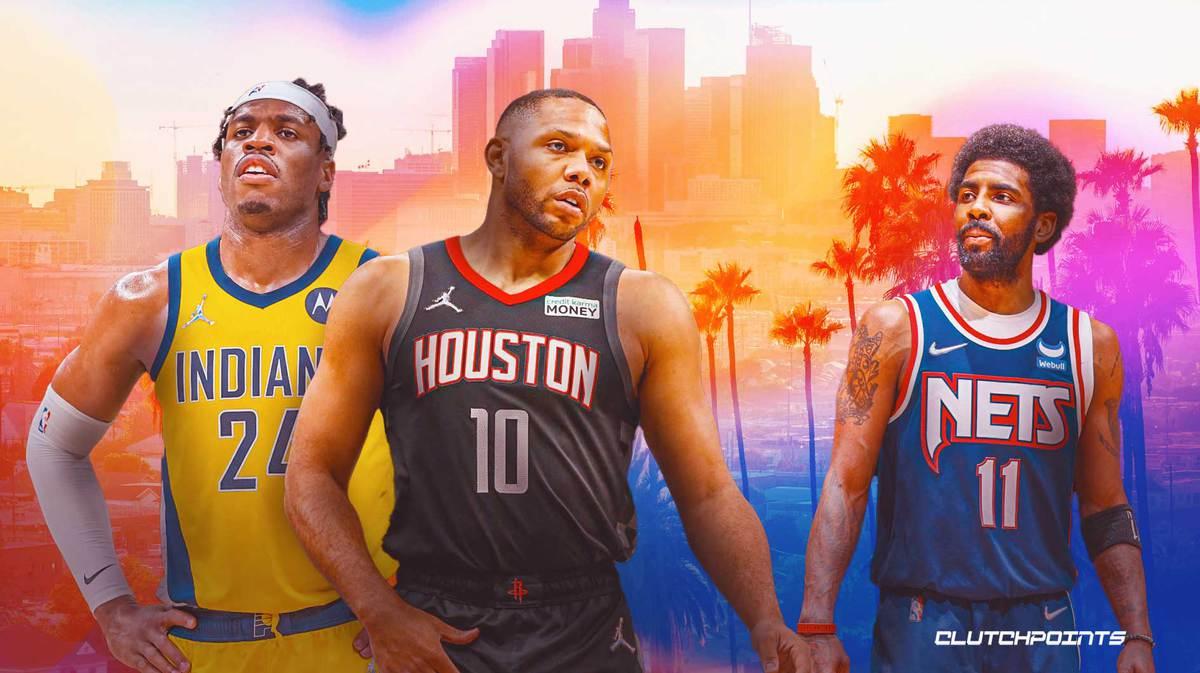 It’s no secret the Los Angeles Lakers still need an influx of shooting. As long as Kyrie Irving remains available via trade, though, the purple-and-gold are apparently highly unlikely to go out and get it.

ESPN’s Dave McMenamin reported on Friday that though Los Angeles has “interest” in acquiring sharpshooters Buddy Hield of the Indiana Pacers and Eric Gordon of the Houston Rockets, he doesn’t believe Rob Pelinka and company will make a trade for either player without first resolving their pursuit of Irving.

“I’ve reported for weeks now the Lakers have interest in trying to find a trade package for both of them,” McMenamin said. “I’m of the opinion, though, they will not pull the trigger on a deal like that until they know absolutely for sure that Kyrie Irving cannot happen and will not happen.”

The Lakers will not pull the trigger on a deal for Eric Gordon or Buddy Hield until they know absolutely for sure that a Kyrie trade will not happen.

Hield and Gordon have been rumored as potential targets for the Lakers since before last season. Both veterans would go a long way toward improving Los Angeles’ floor-spacing around LeBron James and Anthony Davis no matter what happens with Russell Westbrook, and could ostensibly be had for a reasonable price considering long-term focuses of the rebuilding Pacers and Rockets.

But just like the Nets are waiting to make a move on Irving until they’ve dealt Kevin Durant, the Lakers are apparently taking a tethered approach to otherwise improving their roster. It makes sense, too.

The reported sticking point on Irving talks with Brooklyn is Los Angeles refusing to include two future first-round picks alongside Westbrook’s matching salary. One of those draft assets—and potentially both depending on complete parameters of the trade—would no doubt have to be a part of the package the Lakers send to Indiana or Houston for Hield or Gordon.

Take a breath for now. Every indication is that the Nets are no closer to trading Durant and Irving, leaving the league at large—and most specifically, Los Angeles—in a holding pattern as July comes to a close.