Malakai Black almost had to retire from AEW It should go without saying at this point that the injury bug has hit AEW hard as of late.

From losing their world champion, CM Punk, to a leg injury earlier this year – a situation that was saved from absolute disaster thanks to Jon Moxley’s incredible run as interim champion – to two-thirds of the Undisputed Elite potentially unable to compete for the inaugural trios belt despite being part of a major storyline with the Elite Hung Bucks, to most recently Jamie Hayter sustaining a broken nose in her Battle of the Belts bout against Thunder Rosa, Tony Khan and company have had to make plenty of changes to cards and long-term plans.

However, there are an untold number of wrestlers that are working through injuries that the greater public don’t even know about, as evidenced by Malakai Black’s recent Tik Tok.

WARNING: This Tik Tok includes Malakai Black undergoing a dry needling session, which involves needles puncturing the wrestler’s skin. If you want to check it out, click here.

Now, in case you do not have a Tik Tok account and are having trouble reading the description, here is what the text reads, as transcribed from @AllEliteChief’s screenshot on Twitter.

“Till about 3 months ago I was dealing with a back injury I was convinced was going to force me into retirement, but after a literall [sic.] year of treatment that went from working to complete failure on several occasions we all of a sudden hit the correct vertebrae during a dry needling session and everything released. From there we were able to rehab and strengthen. You can check video 2 for this horrendous view and my personal reaction to it. However, allowing me now a few months later to slowly move back into deadlifting and a few more compound moves.”

Yikes, we were this close to losing Malakai Black for good and didn’t even know it.

Fortunately, things are looking good for the head of The House of Black, which is good news for Malakai and for the AEW Galaxy as a whole.

The House of Black has a bright future in AEW.

Malakai Black has been on the AEW roster for a little over a year; he debuted at Road Rager 2021, formed Kings of the Black Throne with Brody King in January 2022, and has now filled out his house with Buddy Mathews (and eventually Julia Hart) shortly thereafter. His debut and presentation have been lights out… literally, as the formerly misused and woefully underappreciated member of the RAW roster got to flex his creative vision without restraint.

Once the bell rang, Black’s combination of high-impact strikes and deviously misty maneuvers quickly captured the hearts of AEW fans the world over. To think that he has done all of that while working through a potentially career-ending injury is just a testament to his dedication and ability.

Goodness, if Black is able to work fully healthy, the AEW roster should be put on notice.

Assuming he is able to return to full strength, there are plenty of high-potential feuds and matches on the horizon fitting of such a talented wrestler and faction. The House appears to be nearing the end of their feud with Darby Allin and Sting, Miro has declared war on the faction, and the white-hot Blackpool Combat Club is just over the horizon, themselves nearing the end of their feud with the Jericho Appreciation Society.

There’s also the Trios Belts that have just been introduced, of which The House of Black would make fine inaugural champions.

Malakai Black; may you have a complete recovery. The AEW Galaxy is glad that you are not in fear of retiring, and the future looks bright for you and your House. 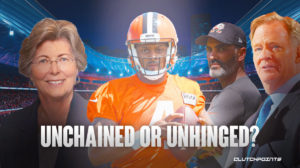