Memphis’ Palace Coup: The fate of the Grizzlies will be decided in 60 days

Marking a perfect crossroads between basketball and finance, Jon Krawczynski’s bombshell piece regarding the Memphis Grizzlies minority ownership group’s exercising of the “buy-sell” option must not be overlooked. Krawczynski highlighted Memphis’ perceived stability, an organization that epitomized a small market success story.

At the center of it all stands Robert Pera. Youthful billionaire and plurality leader, Pera controls 25% of team shares after purchasing the team in 2012. His presence, however, isn’t seen without some animosity. Oxymorons characterize Pera’s tenure. While the team found consistent basketball success, making a Western Conference Finals in 2014 and solid playoff contention thereafter, the team’s administration regularly experiences turnover.

Interim Head Coach J.B. Bickerstaff marks the fourth head coach in Pera’s five-year ownership. Similarly, the franchise advertises itself as loyal and family oriented, though Nate Duncan mentioned cited player comments disparaging Pera’s often aloof and non-existent presence among the team itself. Overall, the Grizzlies are best characterized by an insiders comments shared with Bleacher Report. That, “The Grizzlies are like a Hollywood set … A lot of facade and nothing behind it.”  Triggering the “buy-sell” option, minority owner Stephen Kaplan effectively staged a coup. Kaplan’s decision places the ball firmly in Pera’s court, the question now, does Pera pass or play.

Ubiquiti Network’s CEO and Founder, Robert Pera represents the pinnacle of hybrid organization management.  Starting as an Apple engineer, Pera devised a program providing wireless communication to under serviced areas. Servicing emerging markets and rural communities, Ubiquiti now stands as a technological giant, with 39-year-old Pera at its head. His quiet hand guided the franchise since 2012, with his aforementioned low visibility serving as a distinguishing characteristic.

In 2012, Pera purchased Memphis from rust belt baron Michael Heisley for around $350 million USD.  Right before closing, however, Ubiquiti engaged in finances largest gamble, an Initial Public Offering (IPO).  An IPO marks the first time a private company offers their stock to public trading.  Ubiquiti listed their stock initially at $15 in late 2011 and by the time of purchase Ubiquiti was trading at $34 a share.  The company, however, made several risky investments and expansions (notably early investment into Iran) and earnings tanked the share price. 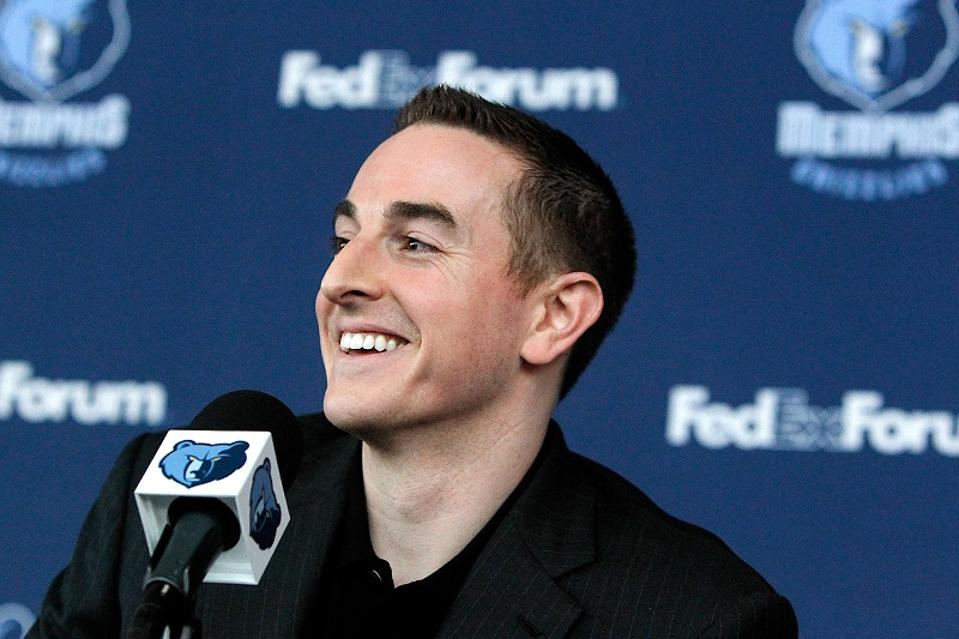 By the time Heisley made his final offer Ubiquiti traded at $9 and Pera was cash-strapped.  Desperate to complete the sale, Pera recruited venture capitalist Daniel Straus and, more importantly, asset manager Stephen Kaplan among others.  Pera remained the lead investor, taking 25% of total stake in the Grizzlies, but Kaplan and Straus bought 14.22% each.  This decision potentially could force Pera out.

No stranger to sports franchise ownership, Stephen Kaplan holds an incredible pedigree among professional sports owners.  Oaktree Capital Management Co-Founder, Kaplan manages one of the world’s largest specialty creditors. With over 100 billion in assets under management, Kaplan isn’t strapped for cash and displays a propensity for spending. Outside his minority stake in Memphis, he co-owns the Premier League (English Soccer League) Club “Swansea City A.F.C” with Memphis minority shareholder and former CEO Jason Levien. Additionally, Kaplan sits among the first wave of esports investors, holding a share in esports organization “Immortals.” However, Kaplan’s true interest seemingly lies with the NBA.

Kaplan’s previously expressed interest in shedding his “minority owner” tag. During the 2015 Atlanta Hawks sale, Kaplan was outbid by billionaire philanthropist and Milwaukee Brewers owner Antony Ressler.  Kaplan and his group ended up making the second most competitive bid. More recently, however, Kaplan’s bids have fostered tension between him and Pera. After the passing of Flip Saunders in 2015, the clear succession plan where Kevin Garnett and Flip Saunders would purchase the Minnesota Timberwolves fell through. Kaplan, sensing opportunity, readily offered a 30% investment into the team with conditions to become majority owner after Taylor. Kaplan only needed to sell his 14.22% Grizzlies stake. Knowing the deal hinged on this contingency, Pera low-balled the Grizzlies share price.  Pera and Kaplan feuded over buyout prices, with both parties eventually holding out following a negotiations failure. Animosity regarding this fallout clearly remains between the two, likely fueling these current actions.

If The Grizzlies are a car, Kaplan currently holds the keys. With the support of Daniel Straus and other notable minority owners (Ashley Thompson, Peyton Manning, and Justin Timberlake to name a few), Kaplan’s coalition exerts significant pressure upon Pera, forcing him into an awkward situation.

As non-majority owners, Kaplan and Straus built a fail safe into their Grizzlies ownership clause. Known as the “Buy-Sell” clause, it assumed that if Kaplan and Straus felt Pera’s leadership lacked clear focus they would have an opportunity to make a bid for controlling interest. This process sees Kaplan and Straus resetting the franchise’s value based on market conditions. Sold at $350 million USD in 2012 the franchises raw valuation sits around $376 million accounting for inflation. However, by triggering this clause, Kaplan and Straus can account for non-sale factors (The sale price of Houston and Los Angeles, year on year revenue, team performance, etc…) in their new valuation. With a year-on-year revenue of $135 million and accounting for a highly inflated team price since 2012, Forbes estimates the Grizzlies are valued somewhere around $750 Million USD.

While this piece’s numbers rely specifically on Forbes’ valuation, there are no guarantees Kaplan chose that price. Prices rather are determined by Kaplan’s motivation.  Showing previous interest in buying another team, Kapan could intentionally set a friendly yet competitive valuation. In this way, Pera relieves Kaplan from any conflicts of interest. That said, such a decision would put Kaplan at a competitive disadvantage. While the buy-sell clause effectively reopens the franchise for sale, Kaplan only need bid against Pera to win the franchise. On the open market, assuming a franchise even became listed for sale, Kaplan would bid against several coalitions and billionaires also interested.

Under the 2017 “Tax Cuts and Jobs Act”, these individuals likely have increased spending power and increased financial incentives (NBA Franchises revenue taxed around 20% rather than 35%). If simply owning a team was his priority, Kaplan’s money is best spent overbidding Pera.  Intentionally setting the team value high, somewhere closer to $1 Billion, would force Pera into a sale, transferring the team over to Kaplan. This only works if Kaplan’s desire to own a team surpasses his intention of returning a profit within the next few years. That is unless Kaplan does something drastic himself.

What this means for Memphis

With the clause triggered, Grizzlies fans wait with bated breath, wondering what happens next. With Ubiquiti share prices climbing towards the $70 mark, Pera has the financial capital to match an average valuation. Most likely, assuming a fair valuation, Pera will retain control. However, under a situation where Kaplan overvalues the franchise and forces Pera out, several questions emerge. From the shadows of questions regarding management direction and prioritization, an ever-lurking small market fear threatens to rear its head: Relocation.

Both Vancouver and Seattle lost their franchises to ownership groups whose goals prioritized urban development over maximizing returns.  Professional sports franchises, similar to museums, zoos, parks, and other culture bolstering actors, increase a metro area’s quality-of-life (resident satisfaction) far more than its quantitative economic impact. Memphis, for example, portrays the city’s “Grit and Grind” attitude through their NBA franchise. The resulting impact sees a community rallying around a tangible contributor towards social welfare, deepening loyalties and fostering the creation of a cities “authentic” culture.  Pera’s 2012 bid focused around a continuation of this loyalty.  When potential owners, such as Larry Ellison, approached then-owner Heisley vocal regarding relocation, his response was simple, “This team cannot be moved.” With Kaplan at the helm, how true would that promise ring?

If Kaplan truly desires relocation, he’d face several serious and expensive hurdles.  The Grizzlies lease is among the league’s most ironclad. The team is locked into Memphis until 2021 at a minimum, with several conditions attached to any early termination. Termination options only emerge if the team averages under 14,900 ticket sales a game, fails to sell the 64 largest suites, or season ticket sales below 2,500 during the 2019-2020 season and beyond.  An already fragile market, failure in making playoffs over the next several years could see Memphis achieving those target numbers.  Even then, however, ownership would still face an early termination fee, starting as high as $63.2 million in 2021 and declining to $8.4 million in 2027.

Finally, even if Kaplan found/created a host venue in another market, saw his team undergo significant financial struggles, and paid the $63.2 million in termination fees, he’d still have one final hurdle: The City of Memphis’ “right of first refusal” clause. In Memphis’ contract, the city and county are given three and a half months to purchase the team.  This clause further stipulates that they can conduct negotiations on behalf of another local party, one who would assuredly keep the team in Memphis. After cutting a massive check for the team itself, sustaining heavy losses for several years, paying an early termination fee and negotiating a new contract, Kaplan would effectively gamble his franchise against the city. Even so, current Seattle Mayor Jenny Durkan has expressed interest in returning the team, stressing that she is, “for whatever proposal gets the Sonics here the fastest.” Backed by a rival city and a minority investment group willing to front the bill, relocation suddenly becomes a possibility.

It’s Robert Pera’s time to decide. With the triggering of “buy-sell,” Pera’s mind must be made up within 60 days.  While insiders expect Kaplan to highball in an attempt to force out Pera, finances might not represent the exclusive decision-making modality. As USA Network writer Ted Evanoff writes, “A lot of owners quietly accept losses year after year.” A high school basketball player himself, Pera might opt to consolidate power for personal reasons, buying out Kaplan now that his financial position seems secure. Regardless of the result, triggering this clause represents a new era for Memphis basketball.