The New York Mets have been the hottest team in baseball in recent weeks and have been making an aggressive push to get back into the playoff race. Prior to the trade deadline, the franchise made a big move to acquire star pitcher Marcus Stroman from the Toronto Blue Jays and decided not to trade away big names in order to make a final push.

Unfortunately, that push took a major hit. According to a report from Anthony DiComo of MLB.com, second baseman Robinson Cano has been diagnosed with a torn hamstring.

Bad news for the Mets. An MRI taken today revealed a torn, not strained, hamstring for Robinson Canó. He won't need surgery, but obviously this will keep him out many weeks.

As the report mentions, there is no current timetable for his recovery at this point in time. The injury is a very serious one though and Cano is going to miss a big chunk of time.

Cano has been one of the Mets’ main offensive threats, even though he hasn’t had as big of a year as some expected. 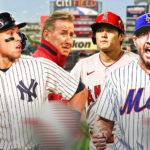 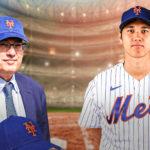 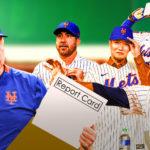 In the 86 games he has played with the Mets this season, Cano has compiled a .252 batting average to go along with 10 home runs and 32 RBI’s. He isn’t the superstar bat that he once was, but he is still going to be missed. The Mets simply cannot afford to have injury start affecting them now.

Only time will tell how long this injury takes for him to come back from. Hamstring injuries are known to linger around for some time. New York can only hope that he responds well to the rehab process and that his body heals ahead of schedule.