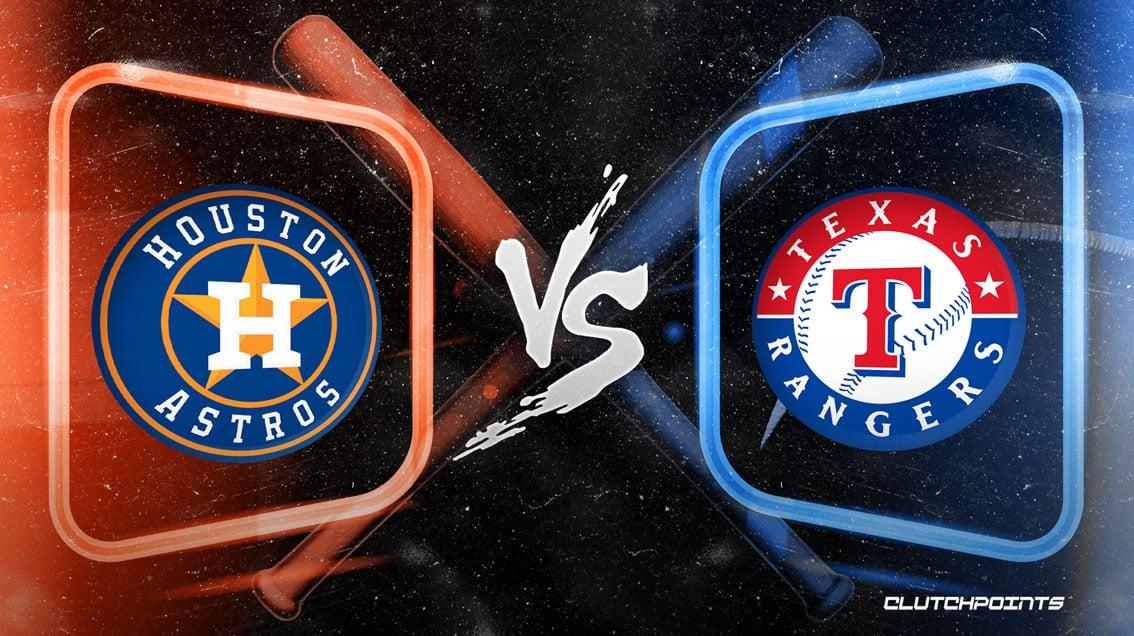 The Houston Astros and Texas Rangers will finish their brief two-game series on Wednesday afternoon in Texas. With that said, it’s a good time to check out our MLB odds series, which includes an Astros-Rangers prediction and pick we have laid out below.

The Houston Astros have the best record in the American League at 83-47, owning a comfortable 11.5-game lead over Seattle in the AL West. The playoffs are a foregone conclusion for this team, but staying healthy is the key to ending the regular season on. a high note.

The Texas Rangers, coming off a whirlwind offseason, sit at 58-70, 24 games behind Houston and 12 games out of the final AL Wild Card spot. This is seemingly another lost season for the club, but the foundations are being laid for future success.

Here are the Astros-Rangers MLB odds, courtesy of FanDuel.

Houston has the second-best team ERA at 3.03, allowing just 430 runs this season. The starting rotation owns a paltry 3.07 ERA, which also ranks second in the league. Today, Cristian Javier will toe the slab, bringing a 2.97 ERA in 115.1 innings across 24 appearances (19 starts). After starting his season in a long-relief, swing-man sort of role, Javier has moved back to the rotation with great results. In his 19 starts, Javier has pitched to a 3.21 ERA, striking out 129 batters in 101 innings. Javier has struck out 32.4% of the batters he has faced, ranking in the 93rd percentile in the league.

Javier’s fastball and slider, which he combines to throw about 88% of the time, have held hitters to below a .200 batting average, and 138 of his 150 strikeouts have come on those pitches. Houston’s bullpen has been the best in baseball, with their 2.96 ERA ranking first in the league. Even in the absence of Ryan Pressley, Houston has little to worry about with this group. Bryan Abreu has thrown 47.2 innings, with a 2.08 ERA and 68 strikeouts. Rafael Montero, who is now the de facto closer, owns a 2.68 ERA and nine saves in 53.2 innings. Last and certainly not least, Ryne Stanek has pitched to a 1.25 ERA in 47 games so far.

Houston’s offense, like their pitching, is the envy of the majority of the league. Yordan Alvarez has slugged 31 home runs with a .294 batting average, both totals that lead the team. Jose Altuve has hit 30 doubles, 22 home runs, and stolen 12 bases, yet another vintage season in his career. Young outfielder Kyle Tucker leads the team with 82 RBIs and 19 stolen bases, providing great outfield defense in addition to his offense. Third baseman Alex Bregman has been one of the better infielders since his debut in 2016, and has rebounded from his slow start. Bregman’s batting average hit a season low of .214 after June 15, but now Bregman has raised that to .267, adding 34 doubles and 20 home runs. Over his last 30 games, Bregman has slashed .362/.449/.705 with eight home runs and more walks than strikeouts. Houston has the third-lowest strikeout total across the league.

Texas will send their ace Martin Perez to the mound today. Perez owns a 10-4 record, with a 2.69 ERA in 154 innings across 25 starts. In his last three starts, Perez has allowed just three earned runs in 18 innings, striking out 21 batters in that time. Perez does not throw overly hard, averaging 92.7 mph on his fastball, but has the ability to miss barrels. Perez has limited batters to a .215 combined batting average against his changeup and cutter, which he throws about half of the time. At 31 years old, Perez is enjoying the best season of his career, and while he was a strong candidate to be traded, Texas fans are grateful to keep him. Texas’ bullpen is solid, ranking 12th with a 3.74 ERA in 505.2 innings.

Lefties Brock Burke and Matt Moore, with a 1.60 ERA and a 1.95 ERA respectively, have been dominant forces. Closer Joe Barlow has made just one appearance since the middle of July, and the closing duties have been spread out in his absence. Jose Leclerc, a former closer for this club, has pitched to a 3.25 ERA with a lowly 1.03 WHIP in his 36 innings.

Texas’ offense was bolstered by a ridiculous offseason. Infielders Corey Seager and Marcus Semien were the biggest names added by the club, and have enjoyed strong seasons. Seager leads the team with 28 home runs, while Semien has hit 20 home runs with 19 stolen bases, 20 doubles, and four triples. Nathaniel Lowe has belted 22 home runs, second on the team behind Seager, and leads the team with a .298 batting average. Breakout star Adolis Garcia has continued his 2021 success, with 21 home runs and a team-leading 80 RBIs, and 22 stolen bases. Texas is eighth in the league with 158 home runs and second with 100 stolen bases.

Let’s lean to Javier in this one.