The rise of superteams in the NBA has been one of the most polarizing subjects surrounding the sport over the past decade or so. Many consider the Miami Heat’s Big 3 of LeBron James, Dwyane Wade, and Chris Bosh as the trio responsible for ushering in the superteam era in the NBA. However, Hall of Famer Oscar Robertson has brought up an excellent argument as to why the slander against LeBron’s Miami superteam is unwarranted.

Robertson referenced the Boston Celtics’ Big 3 of Kevin Garnett, Ray Allen, and Paul Pierce as he sounded off on the double standards surrounding LeBron’s decision to take his talents to South Beach:

“When Boston got Kevin Garnett and Ray Allen, that was David Stern’s deal and the NBA allowed that. Everything was fine,” Robertson said in a recent episode of the Knuckleheads podcast, via NBA Central on Twitter. “But when LeBron went to Miami, ‘oh man, like how can you do this?!’” 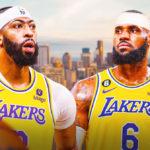 More than a few eyebrows were raised when Garnett and Allen moved to Boston to form their own superteam, but it absolutely pales in comparison to how much hate LeBron James and his Heat received during the infamous Big 3 era in Miami. Then again, it is also true that the circumstances were totally different.

Robertson also couldn’t help but take a shot at former league commissioner David Stern in his remarks. He implied that Stern had a hand in the formation of Boston’s Big 3. Could this actually be true? I guess we’ll never know.