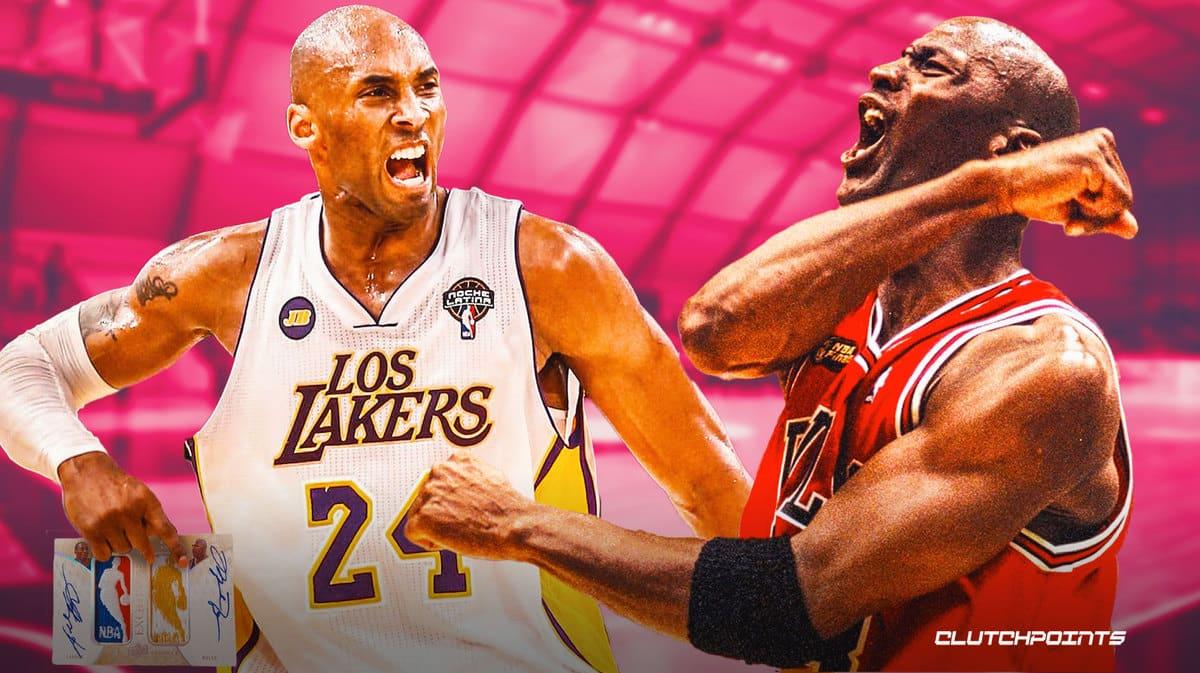 There has been so much hype surrounding Logoman card made by Panini over the past few months. With Drake going bonkers on Flawless, LeBron James’ Triple Logoman hitting $2.4 million in value, and the Golden State Warriors trio of Stephen Curry, Klay Thompson, and Draymond Green going up for auction soon, there’s really no shortage of excitement for this rare NBA card. The thing is, one with Michael Jordan and Kobe Bryant could easily top them all out, with one caveat though.

In a post shared by Find Your Trove, an image of Bryant and Jordan’s One of One Upper Deck Dual Logoman auto was deemed as the best NBA card of both legends. The Los Angeles Lakers’ star and the patch used from a game-worn uniform appear in their normal colorway while the one used for the Chicago Bulls’ six-time champion comes in gold and white.

Along with a pair of sick Logoman patches, both Jordan and Bryant signed the card itself, which is a true One of One. The post also said that the two patches used were allegedly sourced from two uniforms worn during NBA Finals games. In the event this is true, and taking all the details of this monster NBA card, it’s pretty safe to say that this is one piece of memorabilia that’s going to fetch a lot of money in the market.

The thing is, there hasn’t been any sighting of this insane Upper Deck Logoman card of Michael Jordan and Kobe Bryant. As the post states, it surfaced on Blowout forums almost a decade ago and it hasn’t been seen since. What’s certain, though, is that with the market we have right now, the potential demand and value of this card can go crazy. That is if its owner decides to show the card and put it up for sale.

In any case, Michael Jordan and Kobe Bryant NBA card collectors will surely have a field day if this Exquisite Dual Logoman auto of the two legends comes out. If that happens, expect the market to go crazy on this one.