Shaquille O’Neal has never been your typical NBA player. Not only is he considered to be one of the most dominant big men this game has ever seen, but also, Shaq has earned a reputation for being one of the most generous personalities in and around the NBA.

Apparently, Shaq’s selfless demeanor dates back to early in his career. Recently, the Hall of Famer opened up about the exact moment he decided to turn his back on a multi-million dollar deal with Reebok in order to start his own shoe brand. It wasn’t about making more money for O’Neal, though, as he revealed his true motivation behind the Shaq brand:

“I had a Reebok deal, 40 (million) for five (years),” Shaq said in a recent episode of the Full Send Podcast. “And I’m leaving the arena one day and this lady she’s ripping me like, ‘You mutherf—ers charging these babies all this money for the shoes!'”

Shaq then relayed how he literally tried to hand over the $2,000 he had in his pocket to the irate lady as an attempt to appease her. She wasn’t having it, though, and the lady slapped O’Neal’s hand away as she carried on with her tirade against Reebok’s overpriced shoes.

“I though about it. I was like, ‘You know what, she’s right.’ So that day, I cut ties with Reebok,” Shaq said. “… I told them I said, ‘Keep the money. This ain’t right. Don’t want to make it no fight. I’ll still wear the shoes and I’ll wear it during the season, but I’ll be looking to do my own thing.'” 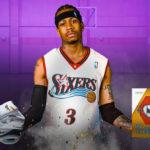 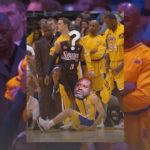 Shaq boldly kicks himself off team of Lakers legends 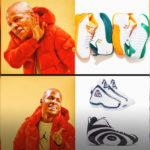 This was when Shaq decided to create his own brand. He headed to his “favorite store,” Walmart, and they were able to quickly strike a deal. The rest, as they say, is history. Since then, the Shaq brand has been on the shelves at Walmart offering an affordable option for folks that are unwilling to spend hundreds of dollars on a pair of Reeboks or Nikes or Adidas.

Shaquille O’Neal — a man of the masses.