Kevin Durant passes Jerry West on all-time list after balling out vs. Wizards 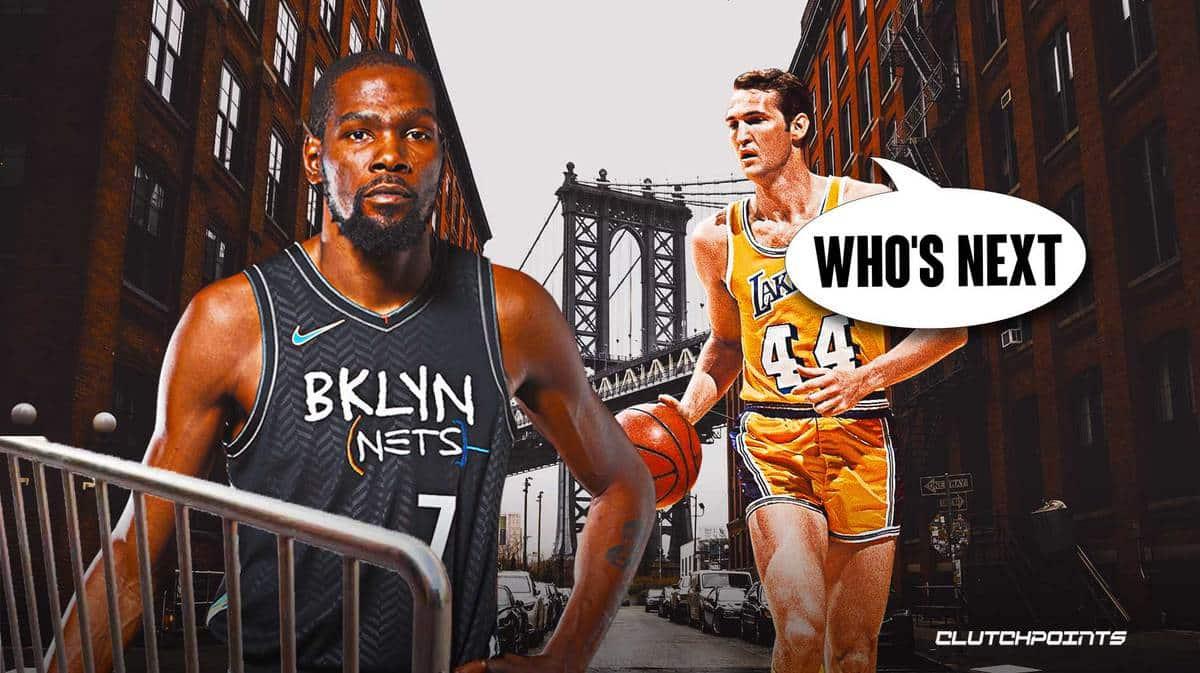 The Brooklyn Nets  and Kevin Durant hosted the Washington Wizards Wednesday night. The Nets are still without Ben Simmons, who is dealing with a knee injury. He has been diagnosed with a left lateral upper calf strain and will miss at least the next three games. He was just starting to turn his offensive game around. That once again puts more pressure on Durant to carry the load.

As usual, Durant was up to the task. He finished with a game high 39 points. In doing so, he posted his 351st career game with 30 or more points. That moved him past the legendary Jerry West for eighth all-time. Next up is Oscar Robertson, who accomplished the feat 387 times. There is still a long way to go to the top of that list.

Michael Jordan scored 30 the most, doing it 562 times. Durant is not likely to ever come close to that mark. But he is still just 34 years old and playing at an elite level offensively. He might have however lost a step on the defensive side of the ball.

That has been the Nets biggest problem and was also something that Simmons was supposed to help with. Prior to his injuries and mental issues, he was among the best defenders in the game. Kyrie Irving is mostly atrocious on defense and inconsistent at this point offensively.

Kevin Durant is having to shoulder the load almost every night out. With the win, the Nets climbed above .500 at 12-11. They are right of the thick of the Eastern Conference playoff race.