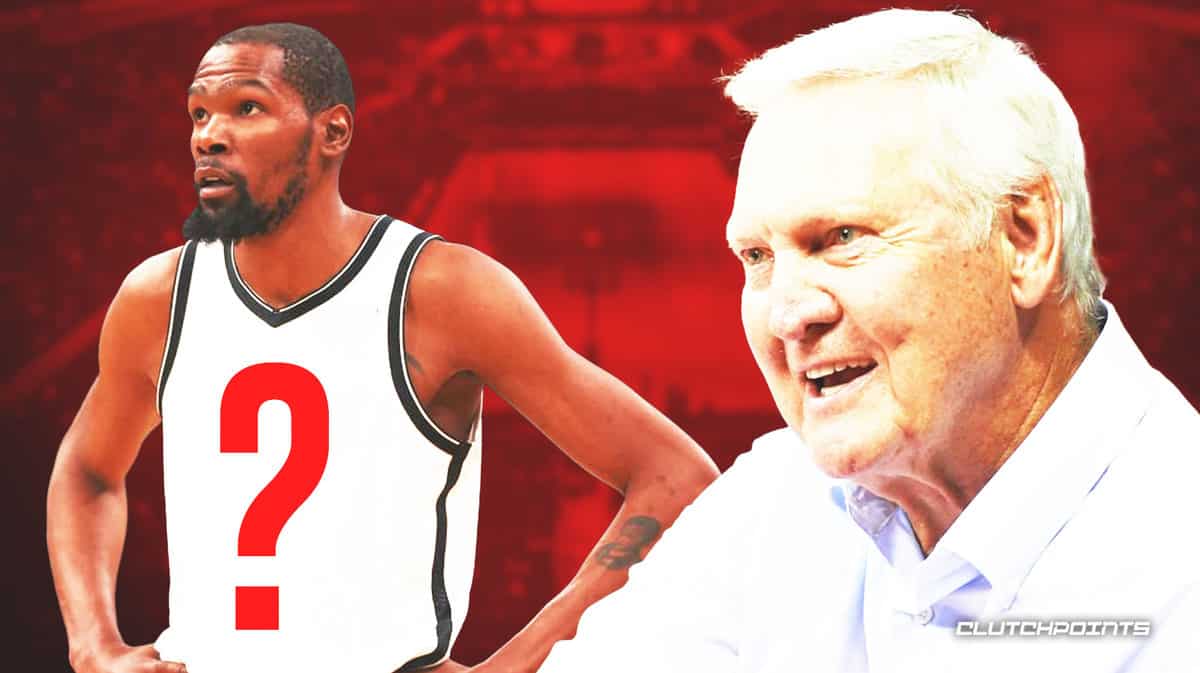 Jerry West, who currently sits on the board for the Los Angeles Clippers, previously spent no less than six years with the Golden State Warriors as an executive board member. During that time, he helped lead the Dubs to a couple of titles, while also getting the opportunity to work with some of the greatest players this game has ever known. This includes Kevin Durant, who himself won two titles with the Warriors during his three-year stint with the team.

Right now, KD is at a crossroads in his career. He has already declared his desire to leave the Brooklyn Nets, and now the team is working hard to find a suitable trade partner.

For his part, Jerry West had nothing but high praise for the former league MVP. The Hall of Famer then took a stab at where he believes KD is going to end up after this entire trade saga:

“I happen to know Kevin really well when he was in Golden State,” West said. “He’s one of the nicest people that you ever wanna be around. He’s a serious basketball player. This guy does not neglect his craft.

“… To my best guess, he’s not gonna be traded. You can’t give enough to get a guy like him. … He’s one of the greatest players to ever play the game. Period.”

West brings up an excellent point about how the Utah Jazz got a gargantuan package in their Rudy Gobert trade deal with the Minnesota Timberwolves. West wonders what type of package Durant will command given how much the Timberwolves gave up to get Gobert.

With this being the case, West believes that in the end, Kevin Durant is going to end up staying with the Nets. There’s just not enough value out there to make a fair deal for KD — at least in the mind of the great Jerry West.