There has been much made about the NFL’s salary cap situation due to the implications stemming from the COVID-19 pandemic. Despite the assumed decrease in revenue, the NFL’s current deal with NFLPA will keep the 2020 salary cap at $198 million, per ESPN’s Adam Schefter.

Part of today’s deal between the NFL and the NFLPA is there will be no impact to the 2020 salary cap – it remains at $198 million.

The cap cannot go lower than $175 million next year, but can go higher if revenues come in better than expected.

Entering the 2020 offseason, the NFL announced the salary cap was going to be lower than first expected. Therefore, some teams were wary of signing certain free agents and even some of their own players to new contracts.

With stadiums across the NFL expected to be empty or limited in capacity, the league is projecting a decent decline in the salary cap in 2021. But as Schefter points out, the new deal between the NFL and NFLPA cannot allow the cap to go under $175 million next year. Of course, the salary cap for next season is contingent upon whether or not the NFL makes more revenue than expected in 2020.

Also, besides setting a certain amount that the cap can’t fall below, the league is going to spread the loss of revenue across the next four seasons, according to Schefter.

The loss of any potential revenue will be spread out over the next four years, through 2024.

Players will have seven days from the time the agreement officially is signed, probably by Monday, to make a decision about whether to opt out for this season. 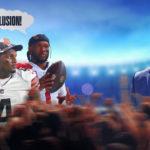 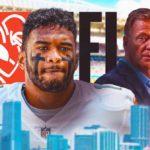 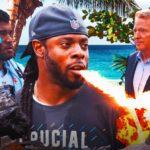 Without a doubt, having a decreased salary cap could negatively affect quite a few teams in the future. For instance, a team like the Philadelphia Eagles are already over the 2021 salary cap by $54 million. In light of that, the Eagles will unquestionably be hoping that the NFL creates more revenue than projected in 2020.

Given the circumstances of the league, while the coronavirus pandemic is still prevalent, the NFL is expecting to have a lower salary cap in 2021. At the least, teams will still be able to work with $198 million in salary cap for the 2020 season.