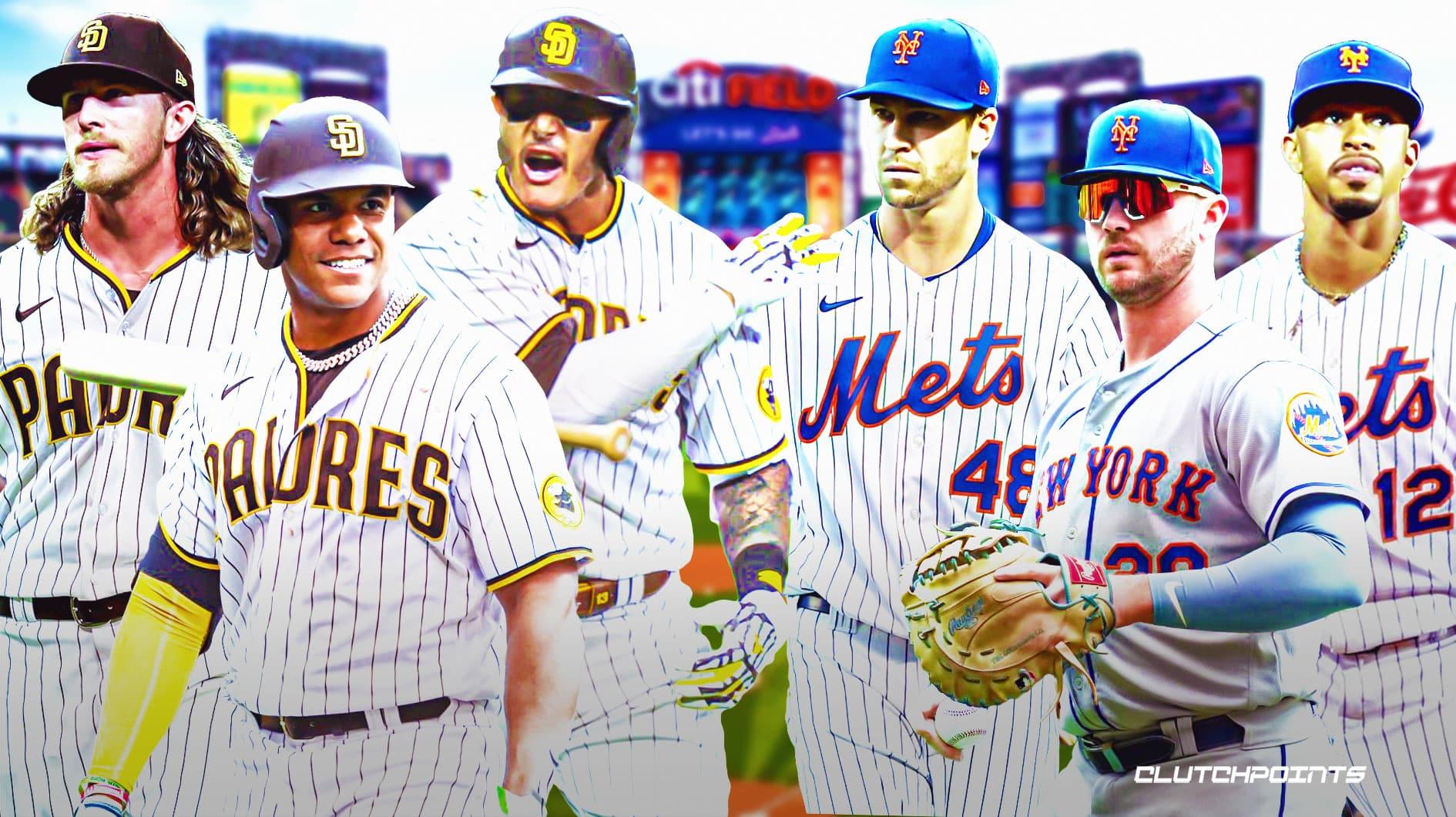 The Wild Card is upon us! The New York Mets host the San Diego Padres for the best of three games at Citi Field. It’s time to continue our MLB odds series with a Padres-Mets series prediction and pick.

The Padres are a sleeper team heading into the postseason. They finished second in a tough NL West Division that was dominated by the Los Angeles Dodgers. Despite not having star Fernando Tatis Jr., this team managed to finish with a top-10 record led by star third baseman Manny Machado. General manager A.J. Preller traded for Juan Soto and Josh Hader to try and solidify this roster and now they have a roster ready to compete for the title.

The Mets lost out on the NL East Division title but are still in a great position to work their way to the World Series. They will host the Padres at Citi Field and are expected to start with the dynamic duo of Jacob deGrom and Max Scherzer. The Mets went through a lot this season and actually never really saw those two start in back-to-back games much at all. However, they bring a tough matchup for the Padres and that is why they are the favorites to advance to the NLDS.

Here are the Padres-Mets series MLB odds, courtesy of FanDuel.

Why The Padres Will Win The Series

The Padres haven’t officially confirmed this but it’s clear that Yu Darvish will start Game 1 on Friday. That should be followed up with Blake Snell for Game 2 and Joe Musgrove for Game 3 if needed on Sunday. Darvish has pitched a quality start in 23-straight outings and is the reigning National League Starting Pitcher of the Month for September. Darvish and Snell have been electric in the second half of the season and have a combined 368 strikeouts on the campaign.

The bullpen is the soft spot for this team but it has been very sharp at times. Josh Hader brings a ton of experience and heat to a bullpen that needed another southpaw. Luis Garcia has been a steady set-up man and Nick Martinez brings an ability to start or come into the game late. He can go as many innings as needed. Expect Mike Clevinger and Sean Manaea to possibly make an appearance out of the bullpen at some point in this series.

Machado carried this team the entire year. People need to really start giving this man his respect. He is one of the best two-way players in the game as his defense is far better, yes, far better than his hitting. The 30-year-old is in his 10th season in the bigs and continues to make highlight plays at the hot corner. At the dish, he smashed just under .300 for the season with 32 home runs and 102 RBIs (prior to game 182). Machado has been an MVP candidate all season long and pairing that with Juan Soto, Brandon Drury, Jake Cronenworth, and Josh Bell, this lineup can really make some noise.

Wil Myers has five hits, two home runs, and five RBIs in his last 14 ABs. He’s starting to heat up at the right time and could start in center field for the Friars. The role players must step up in this series. Myers, Ha-Seong Kim, Jurickson Profar, Austin Nola, and Trent Grisham all need to elevate their game in order for them to give themselves the best chance possible.

Why The Mets Will Win The Series

The Mets haven’t confirmed either, but we all expect Jacob deGrom and Max Scherzer to start Games 1 and 2. If that is the case, then the Padres have a very tough test. Those two are some of the best pitchers to ever walk the planet and we all know how elite Mad Max has been in the postseason. He helped take the Washington Nationals to their first-ever World Series in 2019 and it’s clear he still has his stuff this season when healthy. That is the issue, will those two be healthy when they take the mound on Friday and Saturday night?

The bullpen is one of the best in the game led by Edwin Diaz. The Friars better hope they aren’t losing when the top of the ninth comes around. Adam Ottavino, Seth Lugo, and Trevor Williams have been very good coming out of the bullpen this season. Those four need to be on their game facing an elite Padres lineup. We all know how great Juan Soto has been in the playoffs. They can not let him beat them with his late-game dramatics.

The Mets’ lineup is scary. Pete Alonso has been on a tear all season long and leads the MLB in RBIs with 131. That is an insane amount of ribbies and he’s also third in the majors with 40 home runs. He will certianly be on his game and with Francisco Lindor hitting around the same mark average-wise, then that creates a dynamic one-two-punch. Lindor is 6th in baseball with 104 RBIs but only has four hits in his last 25 ABs. If Lindor gets back on track and guys like Jeff McNeil, Eduardo Escobar, and Mark Canha produce, then the Mets will win this series. Escobar is the reigning National League Player of the Month for September.

Give me the San Deigo Padres to defeat the New York Mets in Game 3 on Sunday. Darvish, Snell, and Musgrove are too tough to overcome right now and I think the Padres offense gets to deGrom and Scherzer.