‘Not sure I like that phrasing’: Ron Rivera’s hilarious reaction to inadvertent allusion to hot seat 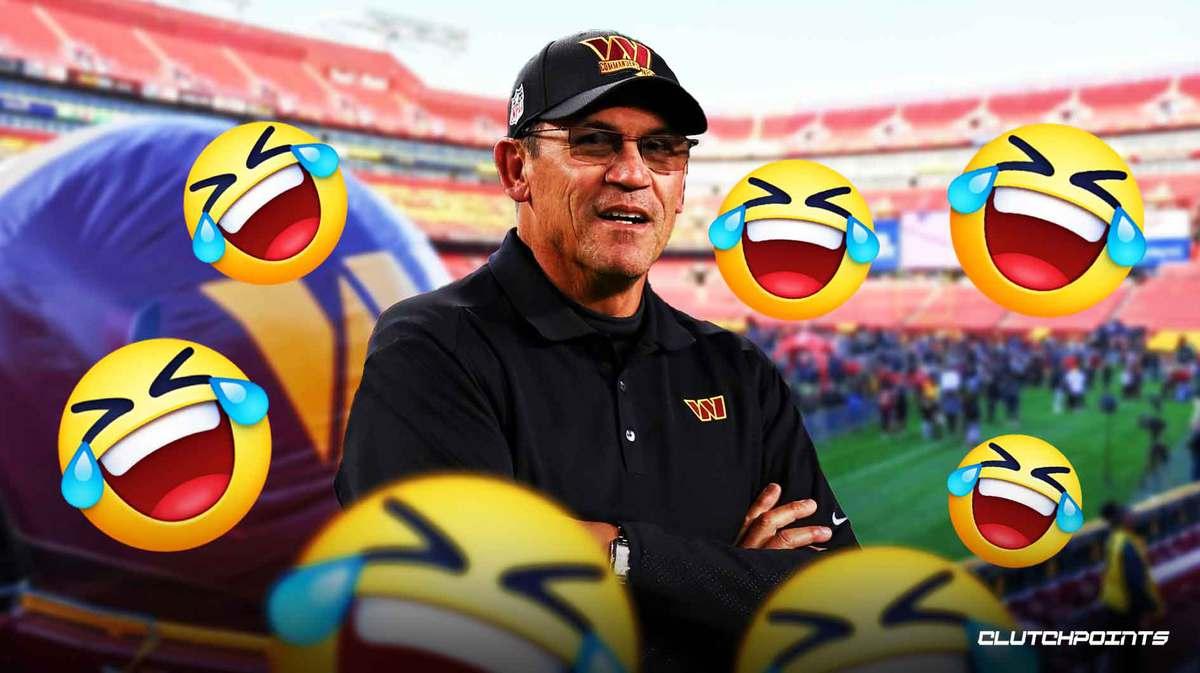 Don’t look now but the Washington Commanders are now on a winning streak for the first time in the 2022 NFL season. The Commanders beat the Chicago Bears in Week 6 on the road and then scored an upset victory at home over Aaron Rodgers and the Green Bay Packers in Week 7. That pair of wins should cool down a bit the seat of Commanders head coach Ron Rivera, who jokingly messed with reporters Monday morning during an online media session.

(Zoom starts for Ron Rivera's media session)@CharlieMule_PR to reporters: "Alright, we can fire away."

There is still a lot to be done for Washington before Ron Rivera feels 100 percent safe about his job security with the Commanders. Washington is still at the bottom of the NFC East division with a 3-4 record, but at least they are gaining momentum again.

Since Ron Rivera took over the head coaching gig in Washington, the Commanders have played in just one playoff game, which was in 2020  when the team was still known as the Washington Football Team. In 2021, the Football Team missed the playoffs altogether. Washington is trending in the same direction in 2022, but it is still not too late for the Commanders, who are trying to survive on the field without Carson Wentz temporarily.

In lieu of Wentz is Taylor Heinicke, who was among the heroes for the Commanders in their win against Green Bay. Ron Rivera will have to hope that Heinicke can carry the load again under center in Week 8 again the Indianapolis Colts at Lucas Oil Stadium this coming Sunday. A win against the Colts should have Rivera feeling much better about his chances to keep his job.