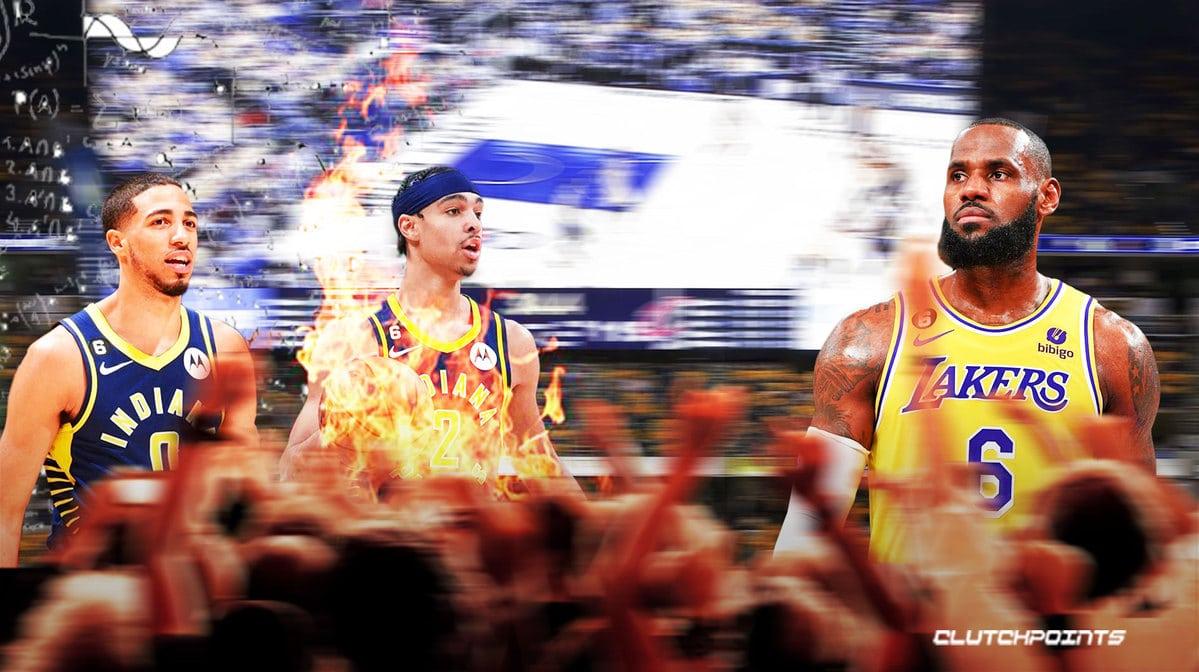 The Indiana Pacers ruined the night of countless Los Angeles Lakers fans Monday night when they successfully pulled off a massive comeback from 17-point down to beat the Purple & Gold on the road, 116-115. Andrew Nembhard sent LeBron James and the Lakers to sleep with a walk-off, game-winning 3-pointer, which was made possible by a smart play from Tyrese Haliburton.

Haliburton got praised by LeBron after the game, particularly for the dime that made it possible for Nembhard to launch the game-winning triple, per Dave McMenamin of ESPN.

“James credited Indiana point guard Tyrese Haliburton (24 points, 14 assists, zero turnovers) for his ‘cerebral’ play in leading the Pacers to a comeback. ‘Everything has to go wrong in order for you to lose a game like that, and everything went wrong,’ James said.’And you got to tip your hat to Indiana. They kept fighting. They kept pushing.'”

The Pacers were down by two points with under three seconds left and looked as though they were on their way to picking up another loss after a missed 3-point attempt from Myles Turner. But Haliburton found the ball and zipped a pass to an open Nembhard that was able to get off the shot as LeBron tried to bother him.

“NBA players, they make shots like that,” James added. “So give him credit.”

Nembhard was at the right place and at the right moment, and he was also perhaps the best Pacers player to take that shot, as he finished the game hitting four of seven attempts from behind the arc on his way to a 12-point outing.