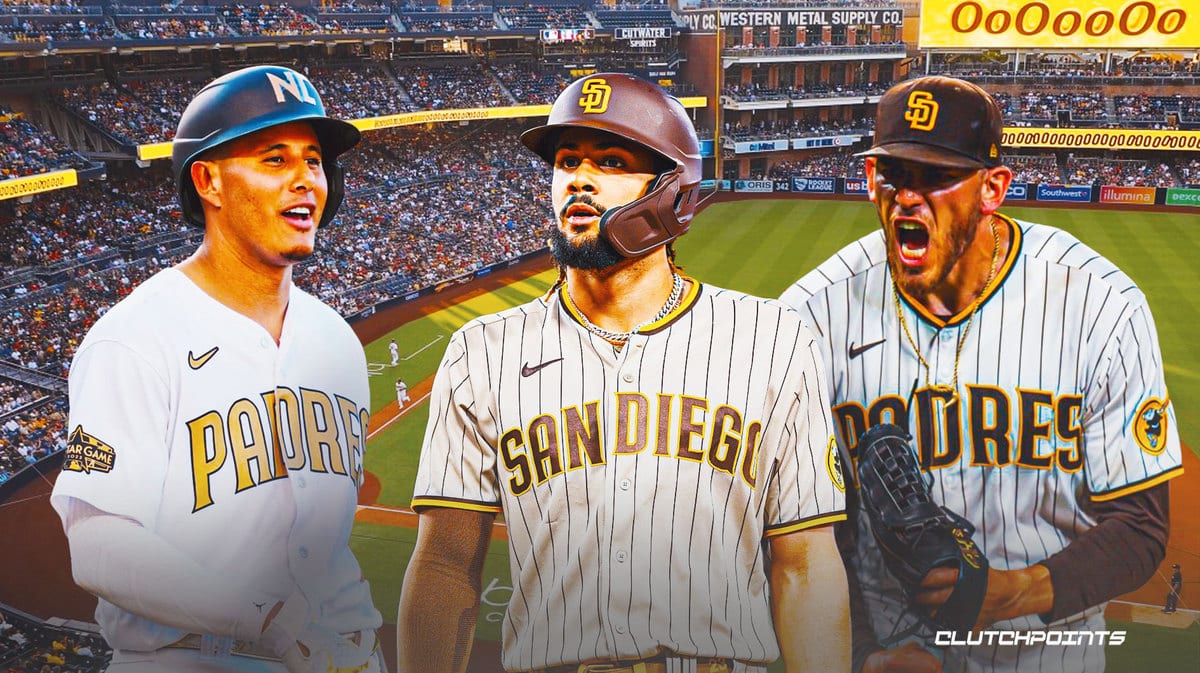 The San Diego Padres have World Series aspirations this season. However, they are currently trailing the Los Angeles Dodgers by 10.5 games in the NL West. They have a ton of work to do if they want to catch the Dodgers.

The Padres should utilize the 2022 MLB trade deadline to their advantage. They have already been linked to superstars such as Juan Soto, per Bleacher Report. However, let’s take a look at 3 other trades that would benefit the Padres.

The Padres biggest weakness is their outfield and overall lack of power. San Diego has some hitters with pop, but they rank just 25th in home runs. Meanwhile, their outfield is lackluster. Trent Grisham has struggled mightily at the plate, Jurickson Profar is better-suited as a fourth outfield option, and Will Myers is injured.

Kole Calhoun would present a power-hitting option for San Diego. He can either platoon or start and he offers pop from the left-side of the plate. He’s blasted 11 home runs this season for the Texas Rangers. San Diego could get him for an extremely cheap cost.

And if he falters in San Diego, it wouldn’t be a huge deal. This is the definition of a low-risky acquisition. But the potential reward is worth it. Calhoun has the capability to hammer 10-15 more home runs down the stretch. And that would obviously benefit the Padres as they look to wrap up a postseason berth.

Jorge Soler signed with the Marlins this past season after winning World Series MVP with the Braves in 2021. Miami was hoping to contend but that has not been the case. So trading the veteran outfielder wouldn’t be the worst move for the Marlins. Soler’s mammoth power will net them a decent return.

In 72 games this season, Soler has clubbed 13 long balls. He’s hitting just over .200, but the power is what sets him apart. And he’s obviously proven the ability to succeed in the playoffs.

The Padres would be smart to at least inquire about Soler. He hasn’t been a big name in trade rumors ahead of the upcoming 2022 MLB trade deadline. But he certainly qualifies as a “sneaky” trade target.

Soler would cost more than Calhoun. The 30-year old is under contract for the next couple of seasons, but he does have opt-outs after 2022 and 2023. So there is no guarantee that he would stick around for the long haul. But the Padres want to make a deep postseason run this year. Having someone like Soler on the roster would be worth the risk.

Gregory Soto shouldn’t qualify as a “sneaky” trade target. After all, the Tigers closer has made back-to-back All-Star teams. But he flies under the radar since Detroit continues to struggle.

The flame-throwing lefty owns a sparking 2.59 ERA as of this story’s publication. The Padres should do everything they can to acquire him. He is the kind of arm that helps win you big games. Soto could be an extremely valuable 7th or 8th inning option for the Padres.

The Padres would benefit from adding Soto, Soler, and/or Calhoun.