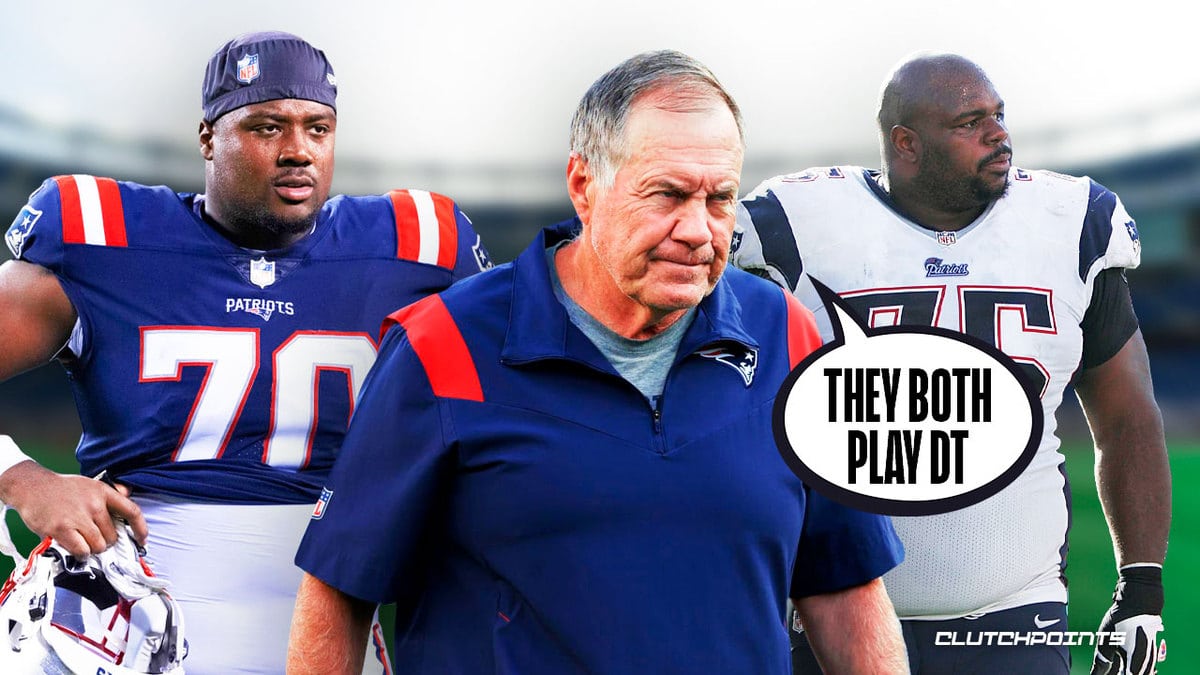 The New England Patriots are one of the most confusing teams entering the 2022 season. Led by legendary head coach Bill Belichick, the Patriots snuck into the playoffs last season, and should be primed to improve this season. Yet they had an uneven training camp, and may have fallen behind the rest of the pack in the AFC after a wild 2022 offseason.

Throughout training camp, the Patriots strength once again appeared to be it’s defense, despite the fact they lost several key pieces this offseason. One of the reasons why is they have young players like Christian Barmore who appear ready to take a big step forward this upcoming season.

Barmore had a strong rookie campaign at the center of New England’s defensive line, and should see a bigger role this upcoming season. Many folks quickly compared Barmore to longtime Patriots defensive tackle Vince Wilfork for his ability to eat space against opposing offensive lines and rush the passer. When asked to compare Barmore to Wilfork, Belichick gave a hilariously blunt answer that only Belichick could provide.

Are there any similarities between Christian Barmore and Vince Wilfork?

This isn’t very surprising given Belichick’s nature as a head coach. He rarely will openly praise his own players, but he surely isn’t afraid to let the opposing teams players know how highly he thinks of them. Belichick doesn’t want Barmore’s ego to be inflated in just his second season with all these comparisons to Wilfork, so he shot down the question.

This is standard Bill Belichick behavior, and a sign that the regular season is nearly upon us. Even though Belichick doesn’t want to engage in any praise for Barmore, it’s clear he’s important to New England’s defense, and he could play a big role in determining whether or not they can beat the Miami Dolphins in their Week 1 contest.